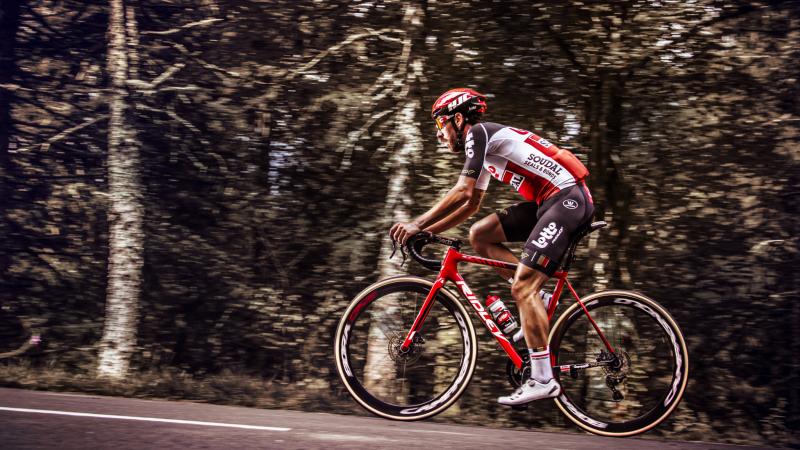 On Lotto Soudal’s training camp in the Vosges, Thomas De Gendt (33) announced extending his contract with the Belgian World Tour team until the end of 2022. De Gendt had an agreement with the team until end 2020.

“It was so obvious for me. It never entered my mind to change teams. Why should I?”, Thomas De Gendt said.  “I know this house already for six years. Honestly, I have never been interested in another team. Lotto Soudal knows me and gives me the freedom I need, a freedom that I would never get somewhere else. In the past, we have won many nice races together. I am convinced that together we still have nice years ahead of us.”

As a multiple winner of stages in Grand Tours – Tour (2x), Giro and Vuelta – Thomas De Gendt will continue to focus on stage races.

“For the classics we have other champions such as Philippe Gilbert, Tim Wellens and John Degenkolb. I will help them where I can. My personal dream is to win a stage in the ten biggest stage races. As I have already won in Catalunya, Paris-Nice, Suisse, Romandie and Dauphiné, I just miss Tirreno and País Vasco. Unfortunately, this will not be possible in 2020 but I hope to achieve it in the coming years, with the support of the team.”

“I am happy to see that Thomas loves his current environment,” General Manager John Lelangue adds “He can win races but is a perfect team player as well. This contract extension is good for the stability and continuity of the team. Thomas understands that Lotto Soudal really has a vision. Moreover, he has been so successful and loyal to the team. We need him. With Thomas we continue to build on the team’s future. More agreements will be announced soon.”