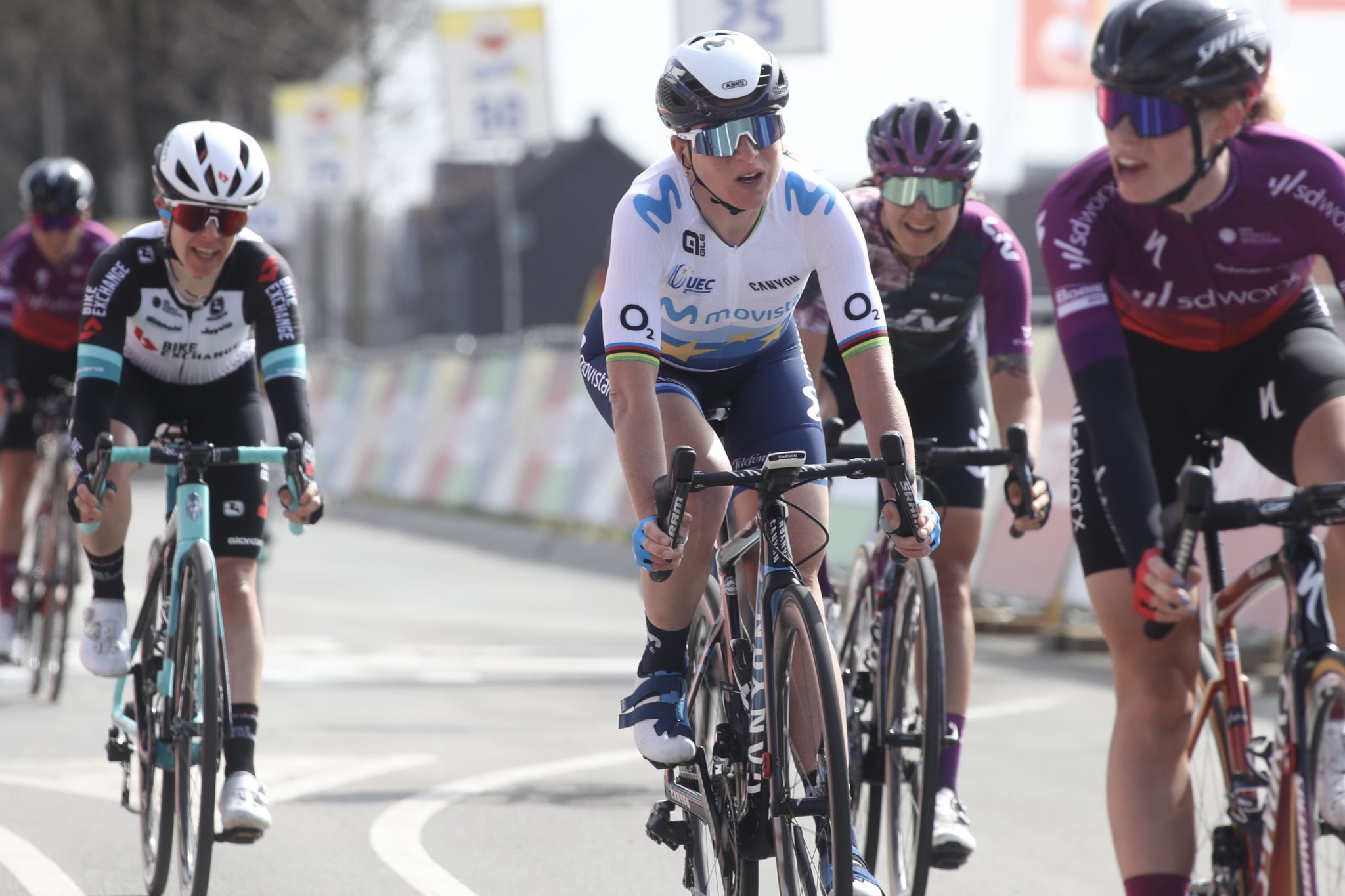 NEW PODIUM FOR THE EUROPEAN CHAMPION IN VALKENBURG

THE MOVISTAR TEAM LEADER, BACKED BY A SPECTACULAR GROUP, MANAGES TO GET ON THE BOX AT THE START OF THE TRIPTYCH OF CLASSICS MORE CLIMBER, WHICH WILL CONTINUE IN FLECHA AND LIÈGE.

Although she did not find her best feelings, Annemiek van Vleuten once again leaned on a simply sensational Movistar Team to get into the podium (3rd) of the Amstel Gold Race 2021, the first race of the ‘triptych of heights’ over 116 km and seven laps at a circuit around Valkenburg, with the climbs to Geulhemmerberg, Bemelerberg and Cauberg. Only Marianne Vos (TJV) and Demi Vollering (SDW) beat the European champion in the short final sprint, which she came after a well-structured attack race by the Blues .

Aalerud (11th at the finish), Erić and a once again spectacular Sara Martín covered the opening attack, a movement of more than 20 riders that the attacks of the favourites threw down and forced Van Vleuten to get into the race very early. And true to her aggressive style, the Dutchwoman tried it up to three times, all of them on the toughest ramps available, the Cauberg. She couldn’t create the gap she would have needed to leave, but he did wreak havoc on a squad reduced to a score of units in the last step. The control and position work of Aalerud and a fundamental Leah Thomas before the final ascent – as was Paula Patiño in the opening bars – they took Annemiek back to the podium, who is now setting her sights on Fleche Walloon (Wednesday 21st) and Liège-Bastogne-Liège (Sunday 25th).

“I am very happy, especially because it has not been the best day for me; I have suffered a lot and I think that, even so, the result is good. Also very proud of how the team has run. That job alone is reason enough to be very happy today. Good image and good results… I think we can be very calm and happy with what we have done today. Having Leah there, with that good pitch and finish, and Katrine, spectacular until the last Cauberg; also Sara, so strong despite being so young; Jelena and Paula, with their work at the beginning… Getting to know them and seeing them do this great job gives me more and more confidence. I have tried a couple of times to start from the bottom all the way, and make it a very long climb for all of them. The risk was there, that the attack was not enough and they caught me, but we have tried to the end and I am equally satisfied with it ”.