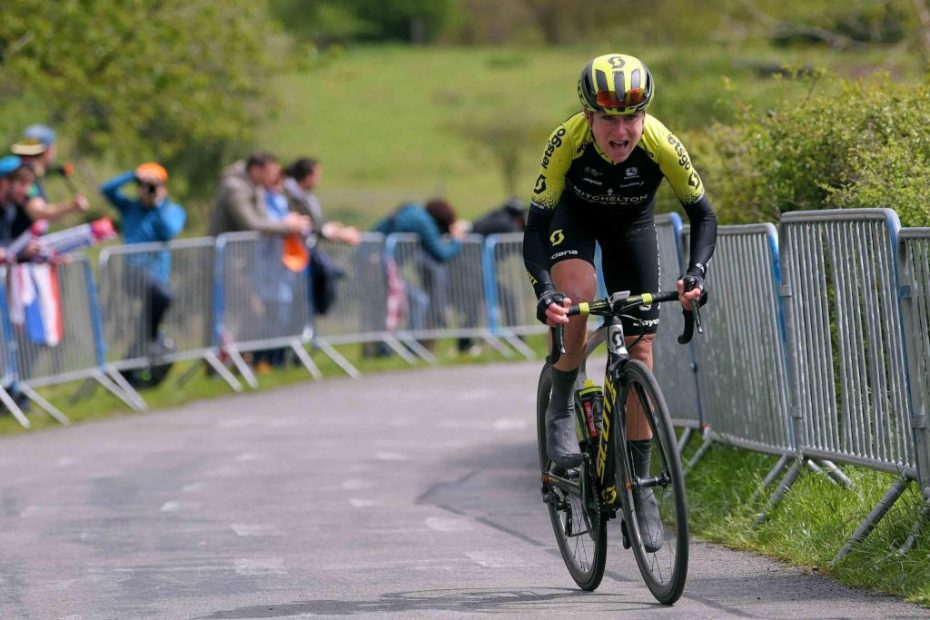 Recent silver medallist at the road world championships, Annemiek van Vleuten, will line-up on Sunday as the defending champion at the prestigious one-day classic, Liège-Bastogne-Liège, wearing her European champion’s jersey for the first time for Mitchelton-SCOTT.

With a generally high level in the women’s peloton, coming off the back of a busy return to racing and the recent nine-day Giro-Rosa, the Australian outfit are expecting a hard fight during the untraditional Autumn edition of the race.

Van Vleuten will lead the six-rider squad but admits her form may have dropped slightly, understandably after crashing out of the Giro-Rosa just two weeks ago. The 37-year-old will be joined by recent fifth place finisher in the world time trial championships Grace Brown; who makes her debut in the race, Australian duo Jess Allen and Lucy Kennedy, New Zealander Georgia Williams and Dutch rider Janneke Ensing.

The Course
For 2020, it will be an early start for the women with an 8.50am local time depart before taking on five categorised climbs along the 135km route.

History
2020 will be the fourth edition for the women’s peloton with Anna van der Breggen claiming victory in the first two editions before Van Vleuten stormed to a solo victory in treacherous cold and rainy conditions in 2019.

Annemiek van Vleuten – 2019 Liège-Bastogne-Liège winner:
“I thought my season could have been over so I am a lucky girl that it isn’t, and I can race as the defending champion in Liège. I think my legs are still good, but I could feel at the world championships that I wasn’t quite the level as before the crash in the Giro-Rosa. I have to deal with that, but I think my level is still good enough.

“I will be proud to wear the European jersey and I am very happy to be back with the team too and hopefully we can go for a nice result there together on Sunday.

“I can see that after racing the Giro that already at the world championships the level in the peloton was higher. The level of some riders is still building and growing and after the lockdown, now with every race riders do, their level is growing. So in general it is a very high level now.”

Grace Brown
“Since this will be my first time lining up for Liège I’m not really sure what to expect yet. But from looking at the profile I think the race might play out a bit similar to Flèche Wallonne, with the bunch slowly reducing over each climb toward the final. We finish with a short descent after the steep Roche Aux Faucons climb and then flat into town, so it will probably be a sprint from a very select group.

“It’s crazy to think a few weeks ago we were dealing with extreme heat at the Giro and now it’s wet and cold. I think my body is actually enjoying the cooler change though even if it can be a bit miserable at times in the rain.”

Alejandro Gonzales – Sport Director
“Annemiek has a really good chance to win almost every race she starts, she maybe won’t have the same top form that she had in the Giro after everything that happened but she is still going to be our leader and we will work to protect her as the defending champion.

“The course is a bit different to last year, they changed a bit the middle part, we have to see how they approach it, but we know it will be a hard race.

“I think many riders have been showing really good form coming off the Giro-Rosa, you could see riders building throughout that race and I think we will actually see a higher level of riders at the Ardennes this year.”