Three women walk across a deserted complex, like a university campus where the students have been sent home for the summer. They are headed for the cafeteria, where they’ll load up their plates and return back to their dorm rooms to eat in isolation.

This is the US Olympic & Paralympic Training Center in Colorado Springs, the performance pinnacle for elite American athletes. The trio is Rally Cycling’s Emma White, Lily Williams, and Megan Jastrab. It is June, in what was to be an Olympic year.

White and Williams are members of the US team pursuit squad that won gold at the World Championships in February this year, joining a venerable list of athletes that have secured the USA’s place as a dominant force in the discipline. It is the fourth team pursuit world title for the USA in five years, but the first for newcomers White and Williams.

The US Olympic team was not due to be named until later in April, but all three women were likely headed for Tokyo.

“I think we’re all getting used to it now, but the first two or three weeks when things were really uncertain were incredibly stressful,” says Williams. “We knew that every athlete across the world was in the same boat, but it’s definitely sad to have that form at Worlds and not be able to build and improve upon it.”

As far as Olympic preparations go, beating gold-winning Olympians from Great Britain in the last major meeting before the Games – on a team where the average age is just 23 – is nothing short of prodigious. The USA would have gone into Tokyo as clear favorites for the team pursuit.

“After the Worlds, we were on a high,” says White. “We were exactly where we needed to be. We surprised ourselves that week, so we were really happy and excited. The virus started to get worse in the US a few weeks after we got home from the Worlds. Then the postponement started to become a possibility.”

One of the toughest aspects of the postponement is the loss of their world-beating form, which saw them set an all-time American record for the 4,000m pursuit: 4:11.229. They were less than one second slower than the world record set four years ago in Rio by Team GB.

It’s hard for a non-Olympian to truly understand the pressure that rests on an athlete’s shoulders when they have ambitions for a medal at the Games. White, who is coached by three-time gold medalist Kristin Armstrong, explains what this ‘extension’ of the Olympic countdown means in mental terms.

“The Olympic dream is so high up on all of our lists that we will do anything for it. I’ve put so much pressure on myself to be where I need to be for my team – you kind of look forward to the relief when it’s all done. Every day you wake up and you’re thinking about the Olympics and every workout you have, every decision you make you think about that dream. It’s very rewarding and the World Championships were amazing, but it really is the most difficult thing I’ve done in my life. The reality is now that’s going to last for another year.”

There are, of course, some positives to be taken – particularly when you have the right mindset. Williams suggests she may be a better athlete when she reaches Tokyo next year than she would have been this summer. She first set foot on a track in 2017, with the first purposeful preparation in an Olympic discipline not coming until the end of 2018.

“The postponement, while definitely inconvenient – the uncertainty of it is really the hardest part – gives me significantly more time to get ready. So I’m not going to say I benefit from this, but I definitely think I have a lot of room to improve at this point. I rode a pursuit for the first time in December of 2018, I then did my first two camps early in 2019.”

To get from one’s first training camp to World Champion in 13 months is a remarkable achievement and raises some exciting questions about what might be achieved with a whole extra year of preparation. An incumbent World Champion pursuit team has not failed to medal at the Olympics since 1996 when the Italian men placed fourth at the Atlanta Games. It has never happened in the women’s team pursuit.

White can also see the silver lining to the one-year delay.

“There was some suggestion that if the Games didn’t happen in 2020, they would not happen at all. I had it in my head that if they were canceled that was my shot gone, so to be very honest when I heard they were postponed I was happy.”

The news of Tokyo’s postponement has meant an immediate change in the type and intensity of training required. It’s something of a departure for White and Williams, who in the past spent their winters racing cyclocross, rather than doing long hours of base miles out on the road.

While White is quick to point out that their lifestyles pre-pandemic were never particularly wild, things have become even more monastic. Life under lockdown at the Olympic Training Center follows a simple eat-sleep-ride-repeat formula, with the facility all but shut off from the outside world.

“Nobody is allowed in that isn’t an essential worker or a resident, so we’re very secluded. We walk to the cafeteria which has limited people. Normally there are a couple of hundred people staying here at a time and there’s less than ten right now so it’s very secluded, very quiet. It does feel ghostly, but it’s also now starting to feel a little bit more like home which is funny.”

And although they are isolated, Williams explains that thanks to the team’s support, they’re not alone.

“Rally Cycling has been incredible. We’ve talked with the staff quite a bit. Any time I have questions they’re super responsive, and it’s been fun to work with them on some things we can do in lieu of racing at the moment. I really feel like I’m part of the group and there’s a purpose to my training and preparations.

“USA Cycling has been amazing too, we’re in contact with our coach, Gary Sutton, he is writing our plan. We’re able to get advice and information from him every single day as he’s here in Colorado Springs as well, so that has been pretty amazing.”

Support systems and coping mechanisms notwithstanding, both riders are looking forward to when lockdown will be lifted.

“I think I’m most looking forward to going back home, seeing my family and my Grandpa, giving them all hugs,” says White, whose home state of New York has featured uncomfortably often in the news headlines lately. “We’ve talked more over FaceTime than we ever had before, but it’s making me realize how much I miss them..”

For Williams, the simple ritual of going for a cup of coffee is high on the to-do list.

“Just to be able to go somewhere and sit down and have a face-to-face conversation with somebody that I haven’t seen in weeks, I’m really looking forward to that. Being out and about in the community is something that I miss.” 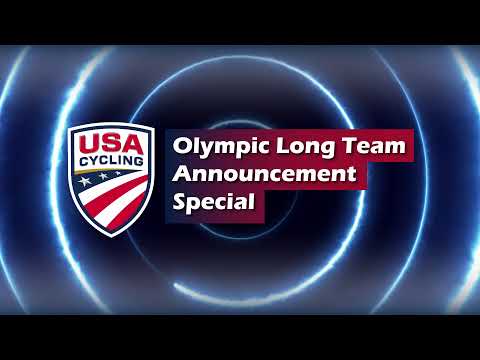