Five things to know ahead of Omloop het Nieuwsblad

As expected, it hasn’t been the smoothest transition into the 2021 racing season. After a year blighted by coronavirus-induced race cancellations, we all hoped that 2021 would return to normality. However, it wasn’t so simple.

Although it appears we are on track to race through the year, several early-season races were scrapped: no Tour Down Under for Ruth Winder to defend her title, Setmana Valenciana also withdrew, and there are more cancellations and postponements on the horizon (The Women’s Tour rescheduled, and Itzulia Women and Bretagne Ladies Tour also axed).

Strangely, that means that Omloop het Nieuwsblad will be the first race for a majority of the peloton, including Trek-Segafredo. Fortunately, a series of team training camps have filled the void of the canceled races, and the women are prepared for an unexpected dive into the deep end. A lack of racing makes it hard to predict the outcome – we could see some surprises! 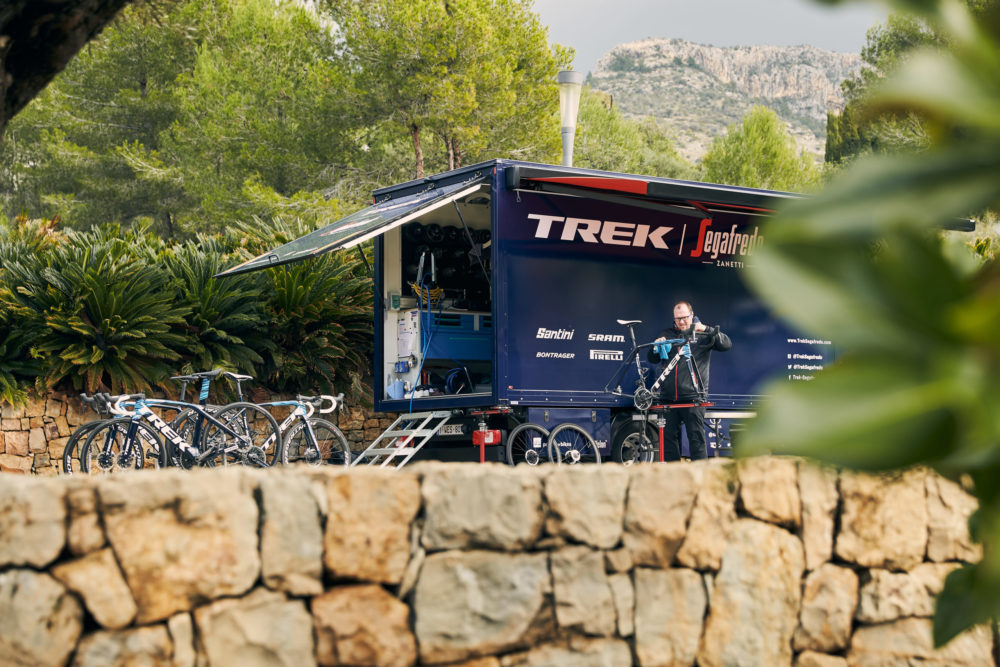 It’s time to get these bikes a race. 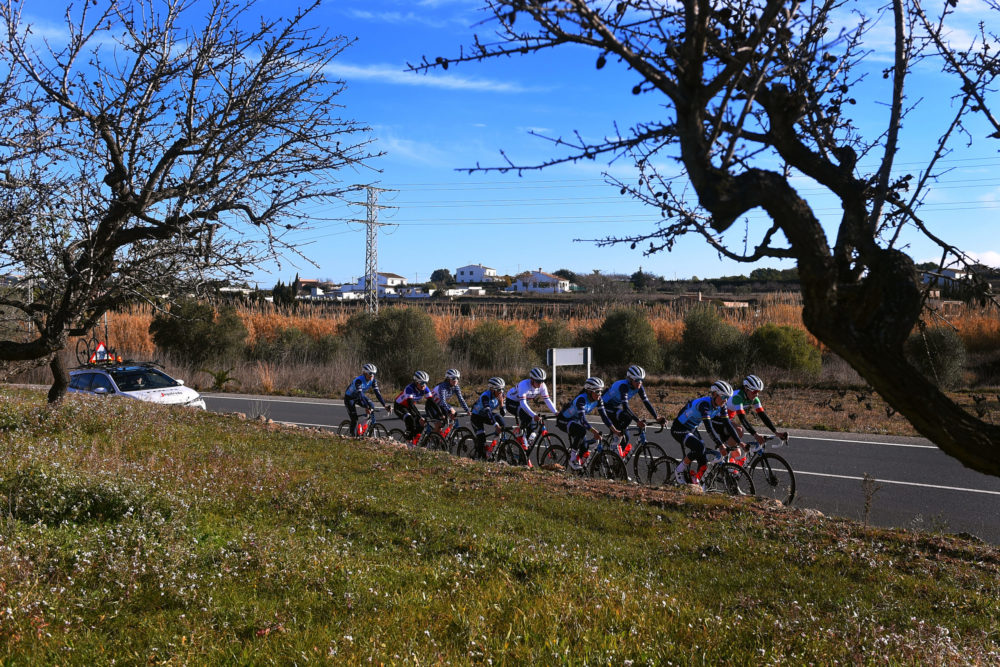 Omloop Het Nieuwsblad normally forms a one-two punch along with Omloop van het Hageland the following day, but with its cancellation, Omloop het Nieuwsblad is left to fill the spotlight alone.

While not a WorldTour race, Omloop het Nieuwsblad has risen in popularity and prestige over the years and is considered an important classic. The race will be decided in 126 kilometers between Gent and Ninove over five cobbled sectors and 10 brutal bergs.

Like the men’s parcours, the race builds to a crescendo over the final ascent of the Muur-Kapelmuur (17 kilometers to the finish) and Bosberg (13 kilometers), two of the most fiendish cobbled climbs in Flanders.

The infamous Muur contains some of Belgium’s roughest cobbles and peaks at 19.8% as it rises through Geraardsbergen to the iconic hilltop chapel. Meanwhile, the Bosberg is a little less severe with a maximum of 11% but can be the breaking point for many riders coming so soon after the Muur. Pay close attention here for potential race-winning attacks! 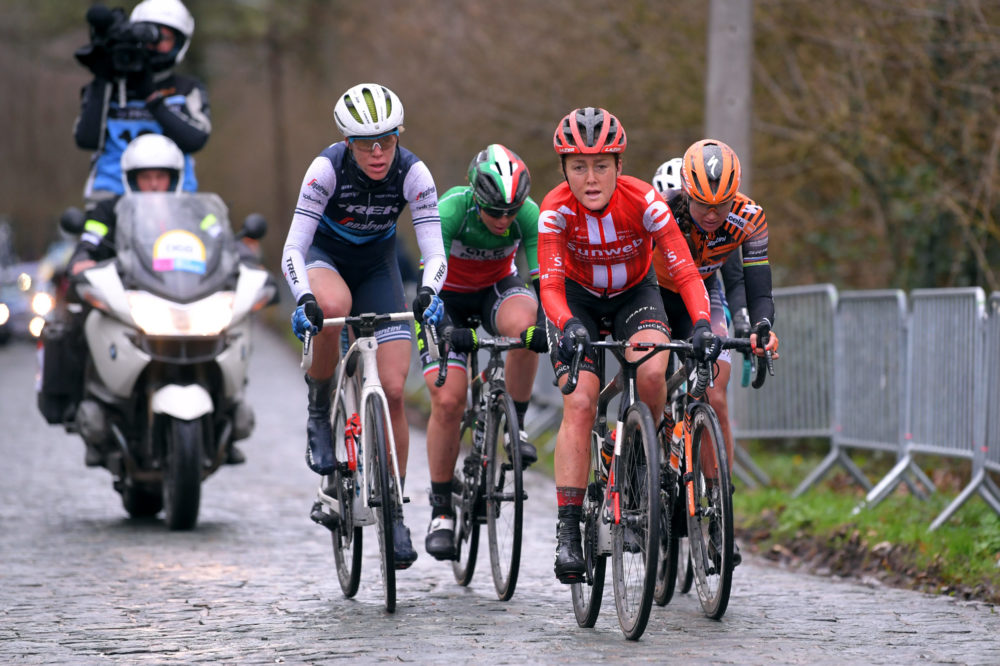 Last year, one of our women’s team’s strengths was the number of race-winning options at their disposal. The team enters 2021 with an extra ace – top sprinter Chloe Hosking.  Hosking has the ability to win a bunch sprint should the peloton arrive together and also has the capacity to move earlier, depending on how the race develops.

Alongside former winner Lizzie Deignan (2016), Italian Champion Elisa Longo Borghini and double runner-up Ellen van Dijk they’re not short on options. Combine that with the experience and abilities of Audrey Cordon-Ragot and Trixi Worrack, and (hopefully) it’s a winning formula! 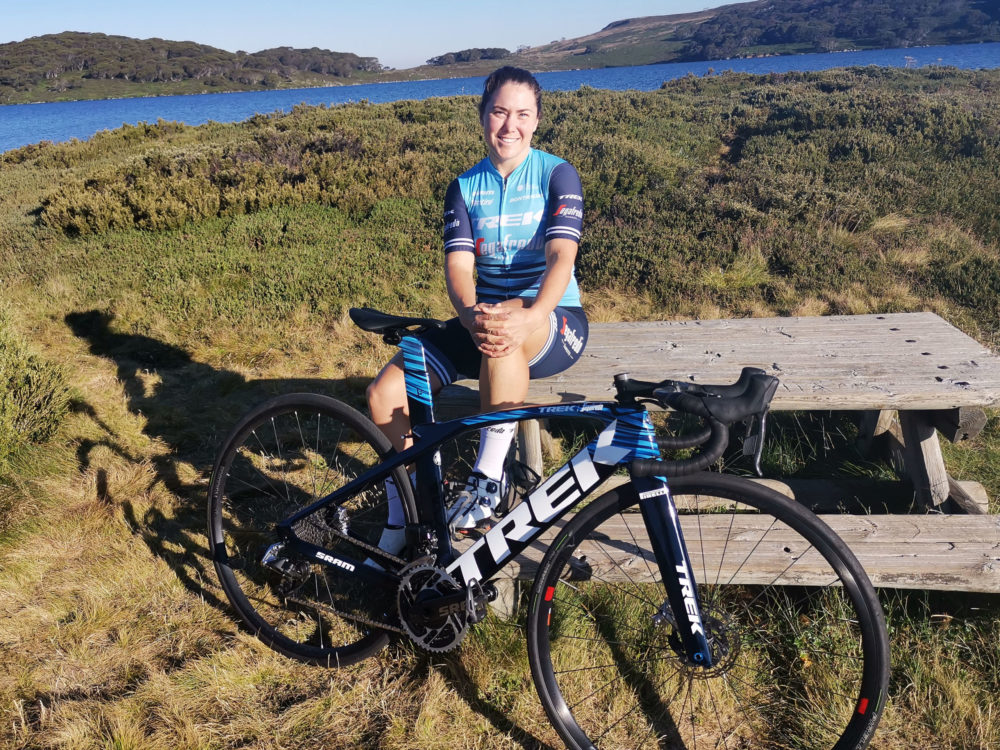 It will be the first race with Chloe.

Lizzie Deignan won Omloop het Nieuwsblad in 2016 but never had the chance to defend her title. Until now. The 2020 WorldTour winner is returning to race at Omloop for the first time since her victory, and she’s motivated to perform.

“I’m excited to start racing in Omloop het Nieuwsblad; I’ve had a good, consistent winter of training, so I’m excited to see what I’m able to do. The first race of the season is always stressful because everybody is nervous, but I think it’s nice to jump in at the deep end.

“That’s what the classics are all about – nervous energy and performing under pressure; it doesn’t matter if it’s the first spring classic or the last. I think the team is in a really good position; everyone was happy, healthy, and excited at training camp.

“We have a lot of opportunities; it’s going to be really interesting to do Omloop with a sprinter in the team. I haven’t been in a team with top sprinters for a while, so that gives us more options to use tactically. I think it will be a fun race to ride and watch!” 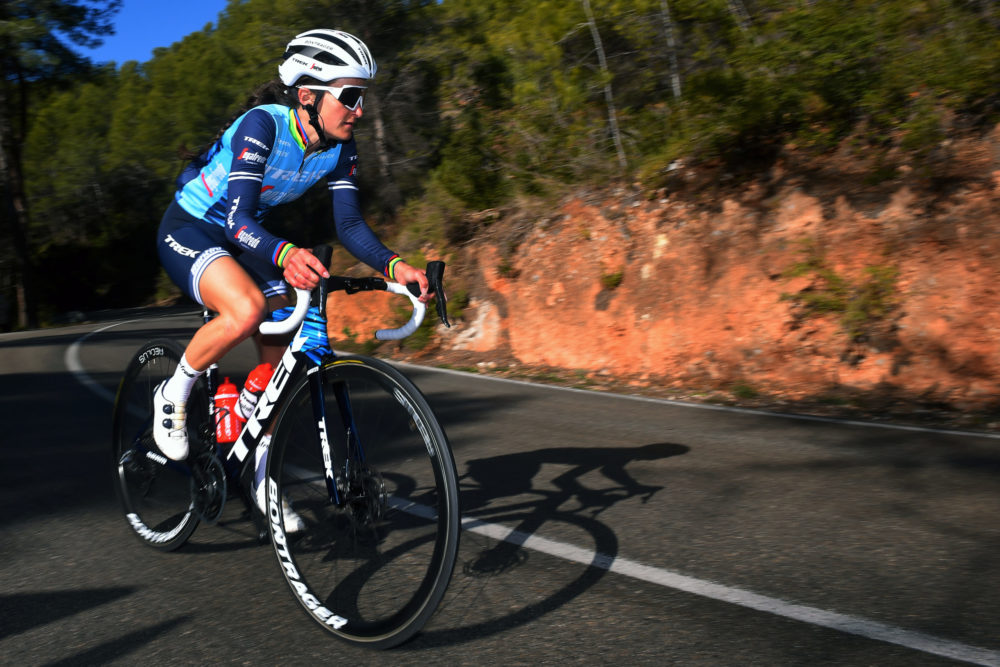 Audrey Cordon-Ragot is transitioning into a capable road captain, a vital position to maintain order in the chaotic classics. Alongside Trixi Worrack, Audrey will help organize her teammates to get them (or herself) in the best position to win. The French Champion is a proficient classics rider and shouldn’t be counted out of contention.

“It’s really difficult to predict how I’ll feel for the first two races of the season. I had a good winter; I trained hard and stayed healthy, so I shouldn’t be too stressed, but I am!

“The thing that relaxes me most is knowing I’m surrounded by a super-strong team for Omloop het Nieuwsblad, and we have big chances to claim a podium spot. The last training camp showed that everyone has good legs, and we have many cards to play.

“Next Tuesday at Le Samyn we will have a ‘younger’ team with some of our newbies. There again we have many cards to play, and I hope for a good result for myself. Let’s kick it!” 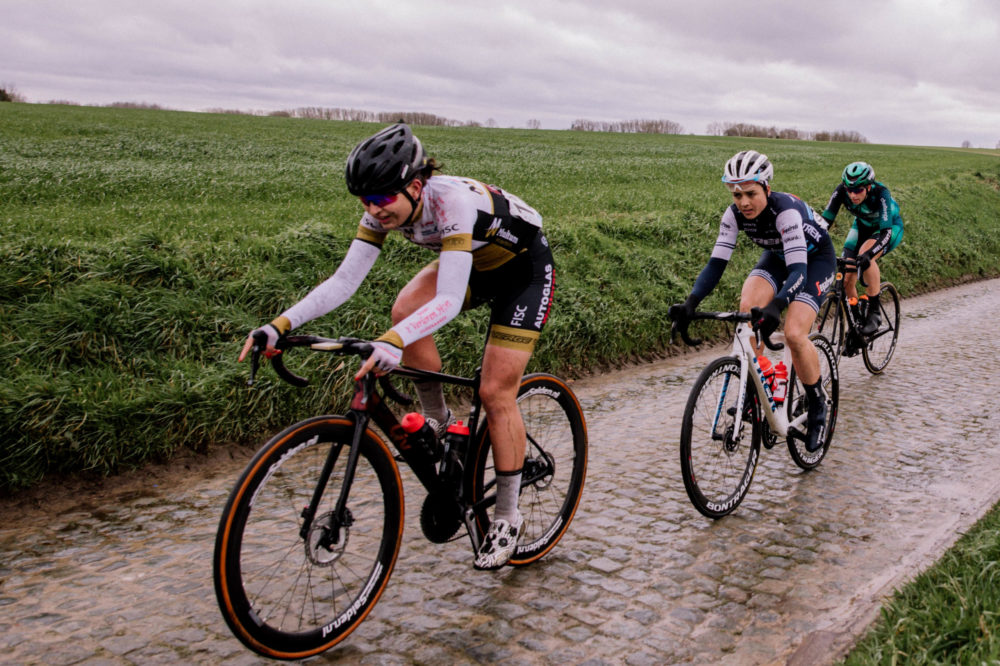 Audrey could be our joker.