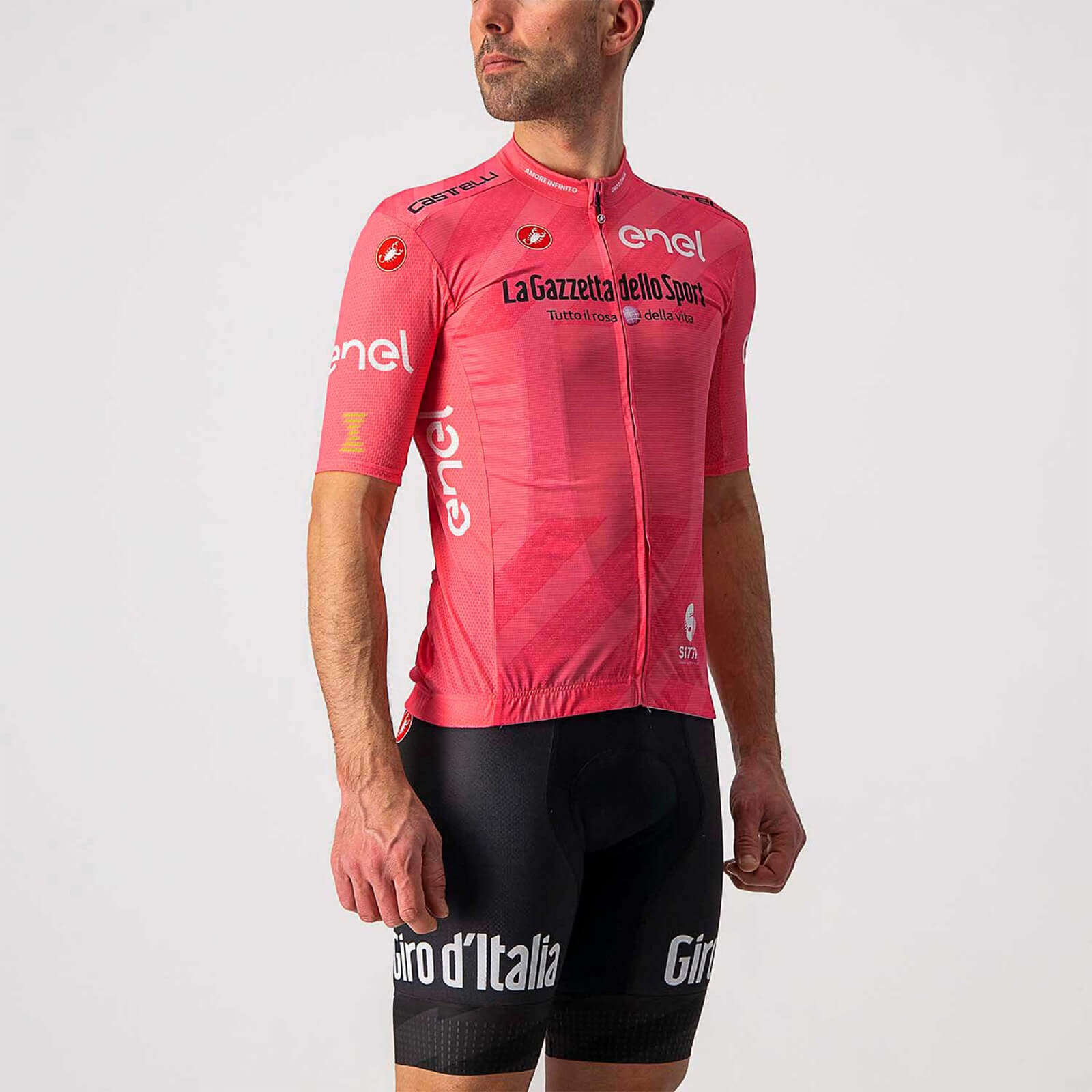 Marianne Vos is pretty much the undisputed ‘greatest of all time’ in women’s cycling. Current sat on 240 UCI wins, she’s had great fun over the years at the Giro Donne, the Giro Rosa and the Giro d’Italia Femminile. They’re all the same race but various re-brandings over Vos’ career.

2021 saw Vos reach a new milestone with 30 stage wins at the Giro Donne. Her domination in the race is huge compared to her rivals. Petra Rossner is 2nd on the all-time Giro stage wins list with 18 and Fabiana Luperini is 3rd with 15 stage wins. Rossner took her 18th win back in 1999 and her record stood until the 2014 Giro Donne when Marianne Vos overtook her total.

A small group got ahead of the peloton and Vos wins from a reduced group ahead of Diana Ziliute, a similar but older rider, for her first Giro Donne stage win.

Stage 5 saw a small group left and Mara Abbott made the first attack. Tatiana Gudzero then made a crucial counter-attack which Vos read. With Vos on the wheel Having sat on, Vos started her uphill sprint with 150m to go for the victory. It was a similar story the next day on Stage 6. Judith Arndt started the attack on the last climb, with Olga Zabelinskaya and Marianne Vos bridging across. With 150m to go, Vos easily took the sprint.

One of the most dominant Giro Donne displays. Marianne Vos won 5 stages and the Overall in 2011. Stage 1 was a gentle uphill sprint with Vos going long at over 200m and no one else came close. A long break with Emma Pooley decided Stage 3 with Vos riding away on the final climb. The remnants of the peloton were 3 minutes back. A traditional flat sprint decided stage 6 with Vos ahead of Bronzini.

A completely different stage followed, with Vos attacking over the top of the Mortirolo climb ahead of Tatiana Guderzo and she was never caught. A recurring theme of the 2011 Giro Donne was Vos against Guderzo and both of them got clear on Stage 9. Vos finished it off with a trademark attack in the last few hundred metres.

The 2012 Giro Donne worked out similar to 2011 for Vos with 5 stage wins and the overall victory. Vos won a tight sprint to go straight into the leader’s jersey on Stage 1, before backing that up with a win in a 6.6km time trial the next day. Stage 4 saw Vos distance everyone else on the major climbs with the usual collection of names like Guderzo, Pooley and Luperini unable to live with the pace of Vos.

Despite a number of late attacks on Stage 7, Vos couldn’t shake Emma Johansson, Tatiana Guderzo and Emma Pooley. Pooley led Vos out up the climb, with Johansson distanced at the crucial moment. Vos launched her sprint and easily beat Pooley with Johansson closing in fast and left to wonder how things might’ve been. Another small break saw Vos go clear with Judith Arndt and Evelyn Stevens. The trio were 40 seconds ahead of the bunch and Vos naturally finished off the sprint.

Stage 3 saw Vos and Tiffany Cromwell attack as a pair but ultimately Vos would reach the finish line on her own. Cromwell crashed in a corner late on, otherwise, a surefire top 2 would’ve been in her grasp. Vos was 45″ ahead of a group of chasing favourites. Stage 4 was a classic Vos finish, a small uphill near the finish saw a big group hit the bottom all together. Vos then started her sprint with 150m to go and was unmatched. A pure sprint on Stage 7 was the final 2014 win for Marianne Vos, who timed her launch perfectly to come around Giorgia Bronzini.

Unfortunately, no video for Stage 1 but Vos went clear with Longo Borghini of Hitec Products and her teammate Pauline Ferrand-Prevot. The Rabo Liv riders worked over Elisa Longo Borghini and Vos won by 4 seconds. Stage 4 saw a conventional sprint, closely fought with Vos finishing ahead of Shelley Olds and Lucinda Brand. A long sprint on Stage 5 saw Vos beat old foe Giorgia Bronzini and Shelley Olds once more. The sprints had been close so far but Stage 7 was more like a traditional Vos finish, although the gap still wasn’t as big as in years past. 2014 really saw a change from the hilly sprint and GC rider that Vos had been at the Giro Donne. In 2014, Vos was an out-and-out sprinter.

Having won a stage every year between 2010-2014, it would’ve been a huge shock to know that Vos wouldn’t win another Giro Donne stage for 4 years. She’d spent 2015 on the sidelines, racing just twice all year before slowly returning back to her peak form once again. By 2018, the Women’s WorldTour was in full flow and the peloton had changed. Vos, Longo Borghini and former teammate Brand attacked out of the peloton and went clear. In the sprint for the finish, Vos easily won the stage.

The Vos of old was back in 2019. A narrow uphill sprint saw Vos take the front and not look back despite having Van Vleuten and Brand chasing her. Another uphill finish the next day was one of the more infamous wins. Lucy Kennedy was ahead and looked to have won, raising an arm in celebration, only to see Vos come through in the last few metres. Bit of a theme here but on another uphill finish on Stage 7, Vos comfortably outsprinted Anna van der Breggen as the road flattened out. An uphill cobbled sprint in Udine saw the last stage of 2019. Vos rounded the final bend so much faster than her rivals who were all on the back foot immediately. After 2014’s transition to a pure sprinter, 2019 saw Vos go back to her puncheur best.

Stage 3 of 2020’s race was another infamous one, it was the stage where the finish line moved before the race and no one was quite sure where it was going to be! As you’d expect, it was a short, steep uphill finish and riders had to be helped up to the actual summit just past the finish line. Stage 5 was a much more regulation sprint. Vos came off the wheel of Lotte Kopecky to take the victory comfortably. The next day was a memorable stage that looked set to be a Maria Novolodskaya victory until she crashed on a corner near the end. She was swallowed up by the pack and Vos just pipped Alice Barnes on the line after sprinting from far back.

With her victories in 2021, Vos equalled her run of stage wins in 4 consecutive editions from 2010-2014. On a lumpy Stage 3, Vos went clear with Brand, Liane Lippert and Elise Chabbey. With Vos the best sprinter on paper, Brand went first with Vos jumping on her wheel and having enough to come around with ease. With 1km to go on Stage 7, Elisa Longo Borghini attacked the climb with Vos instantly jumping on her wheel. As with so many stages in the past, Vos timed it perfectly to come around and take the victory. It’s amazing how many times in recent years that Longo Borghini and Brand have been involved in Vos’ stage wins. 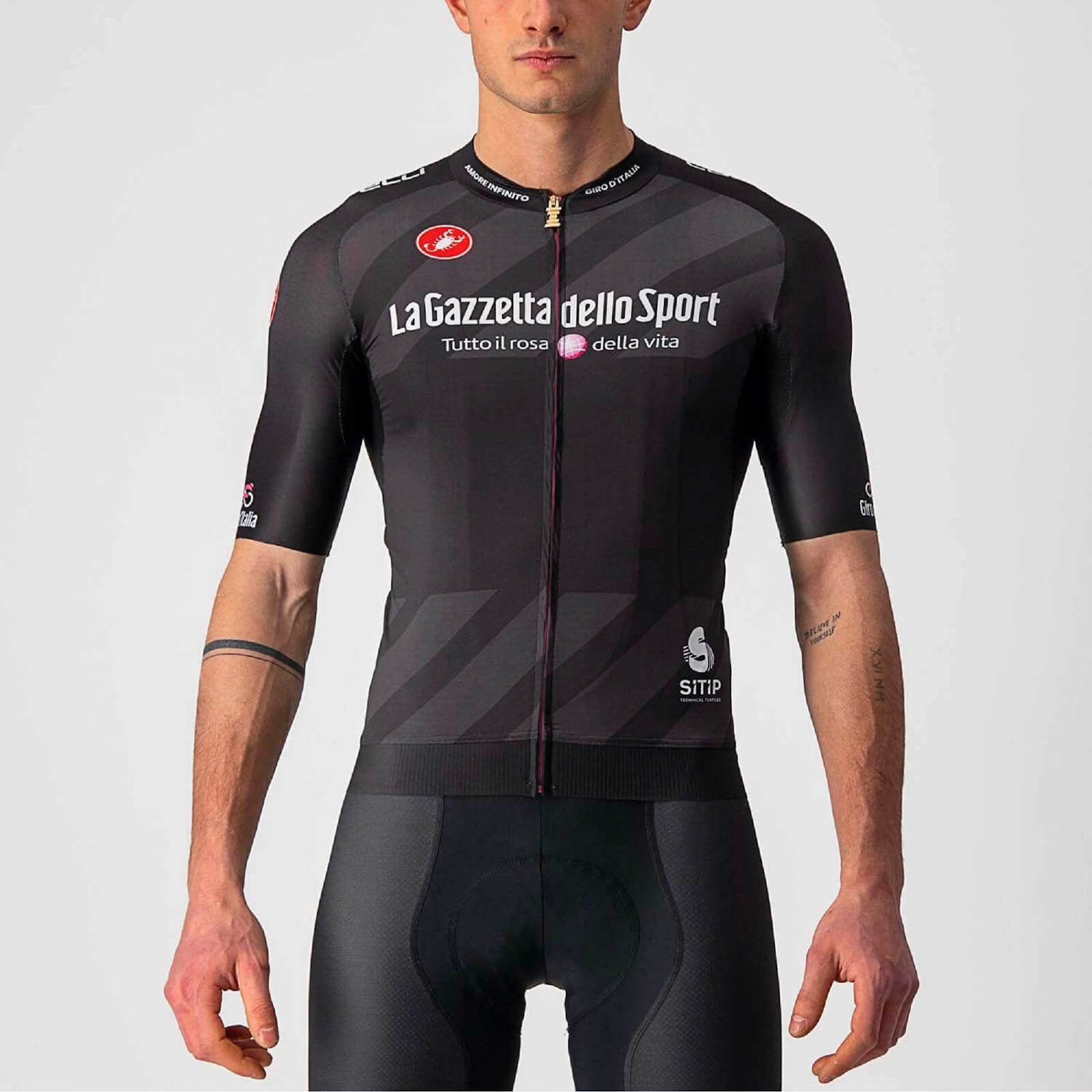 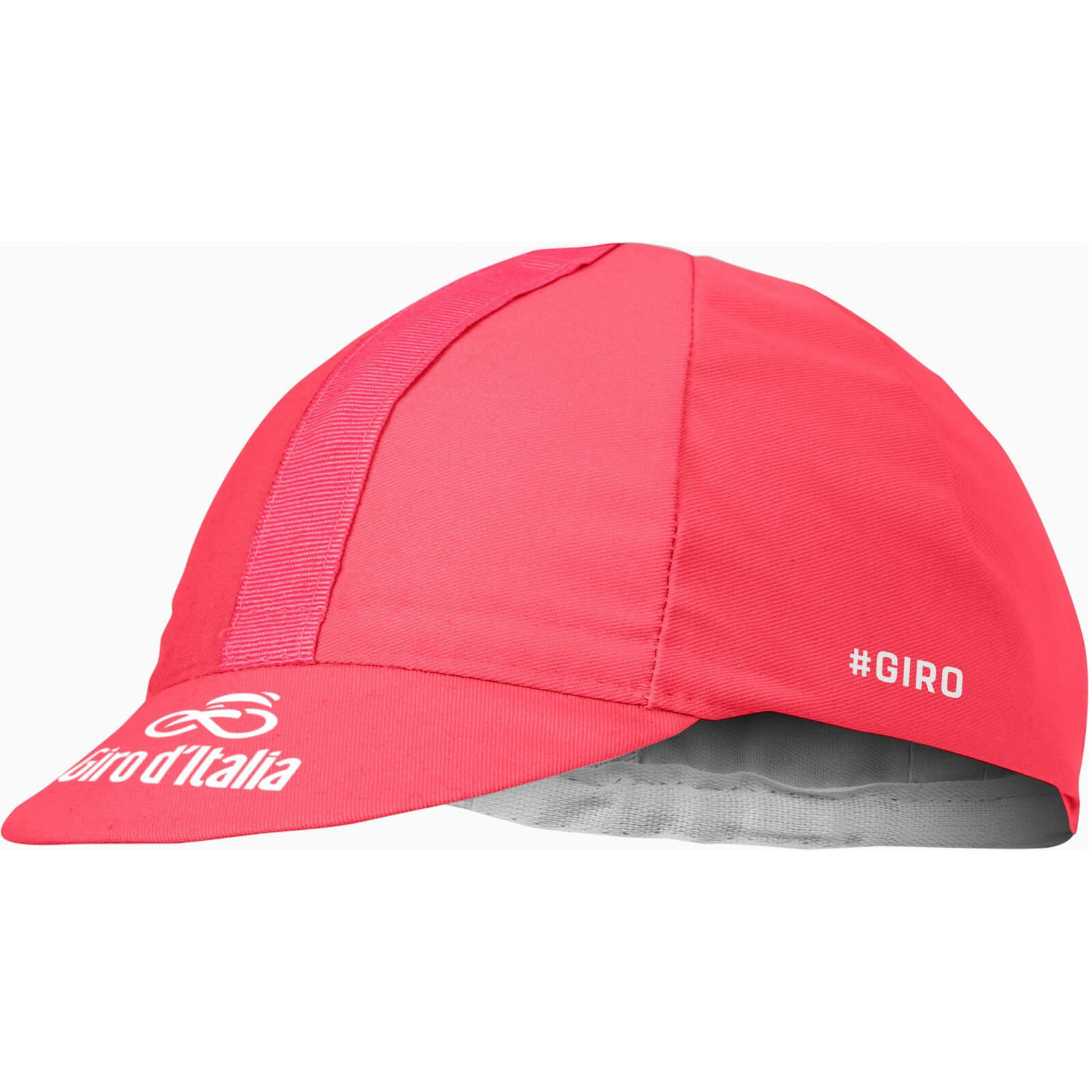 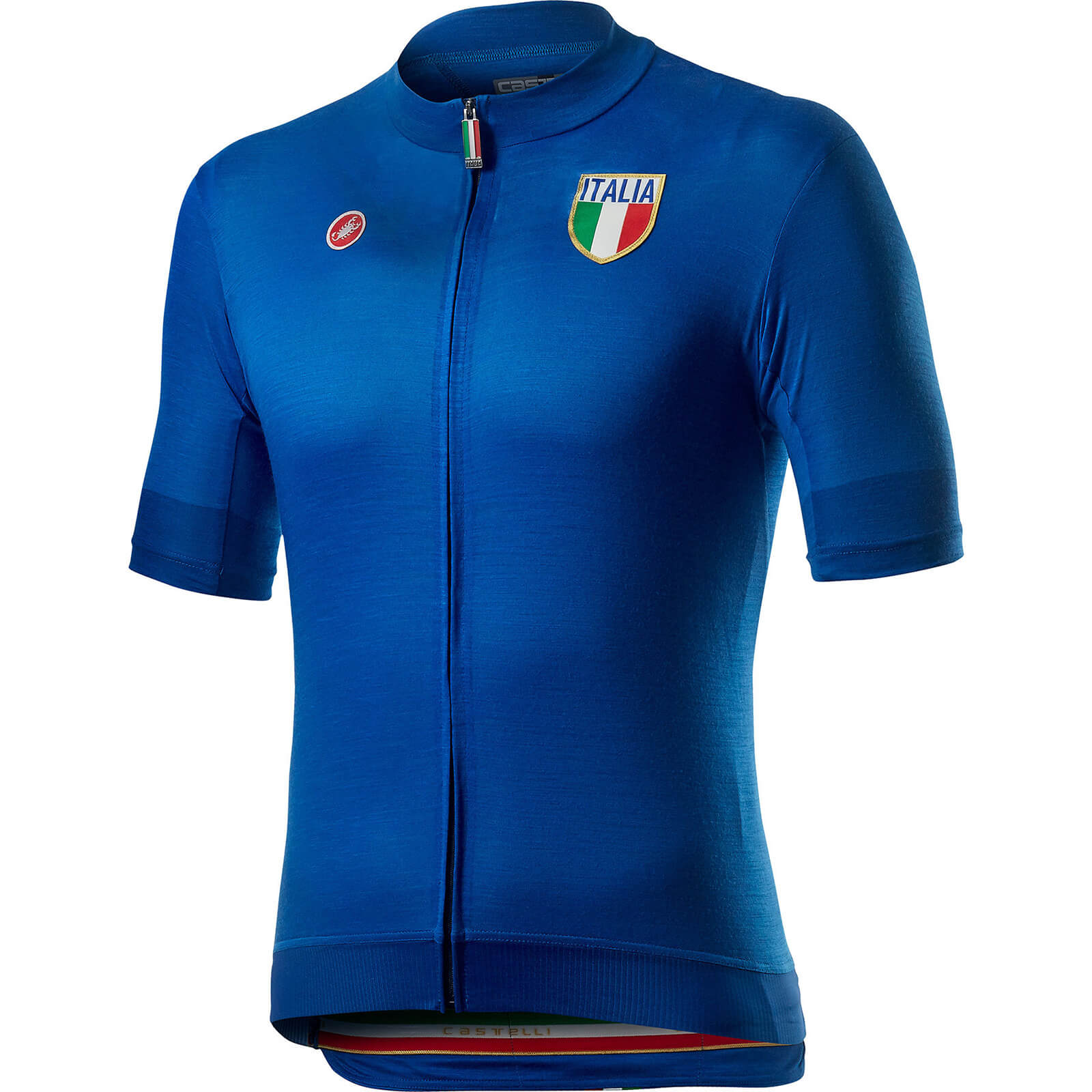 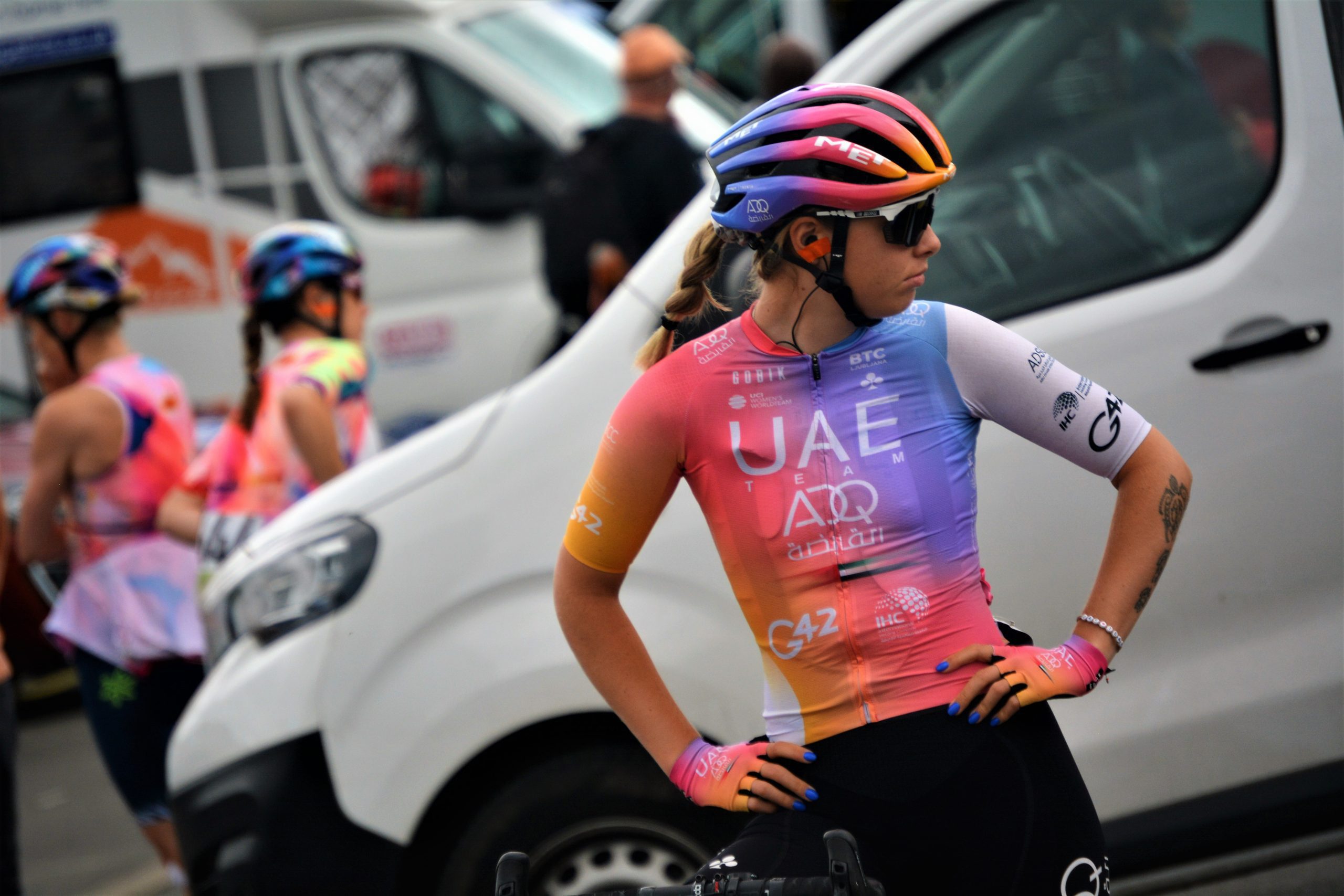