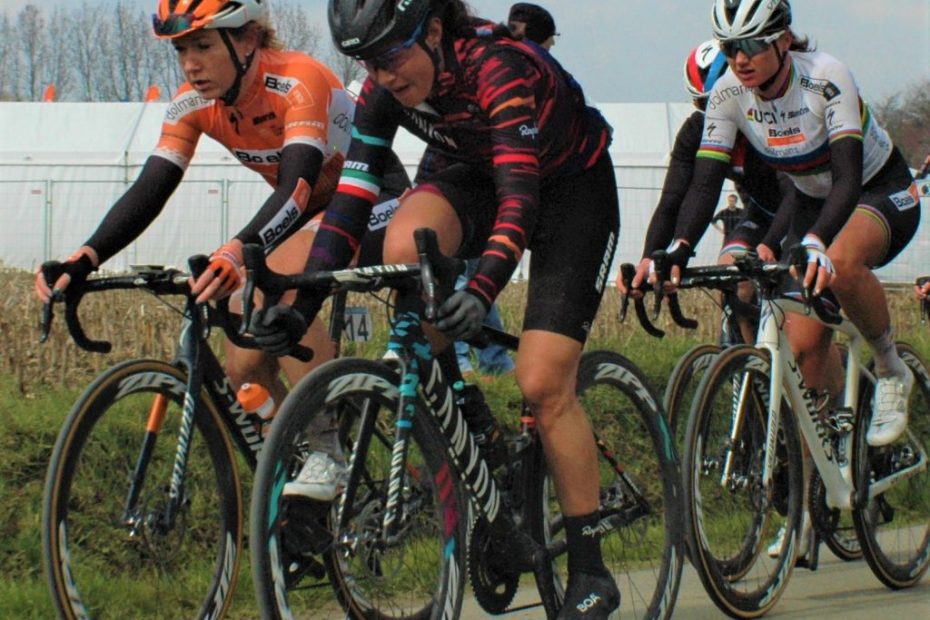 On Friday 24 July, we will race the Clásica Féminas de Navarra in Spain. The course is consistently up and down, with more than 1500m elevation gained throughout the 122km that starts and finishes in Pamplona. Hannah Barnes and Elena Cecchini will line up again for us, alongside teammates Tanja Erath, Rotem Gafinovitz, Lisa Klein and Christa Riffel.

“The profile is demanding with a lot of climbing,” said Elena.

“The peloton will be excited to be back racing and I expect two very hard races this week in Spain. Personally, I’m there to be in the mix again. It will be important to get back into race mode mentally, and it will give our team a chance to do that with these smaller races before we start the WorldTour races like Strade Bianche just over a week later. I want to feel being back in the bunch again.”

“These last four months were strange and not something I’ve experienced before. At the same time, I’ve never had such a long time to prepare and train before. The lockdown indoors was difficult, but the swap from indoor to outdoor training gave me an advantage physically and mentally. Then, the last weeks, I’ve had a really good time training at altitude. I’m looking forward to the racing.”