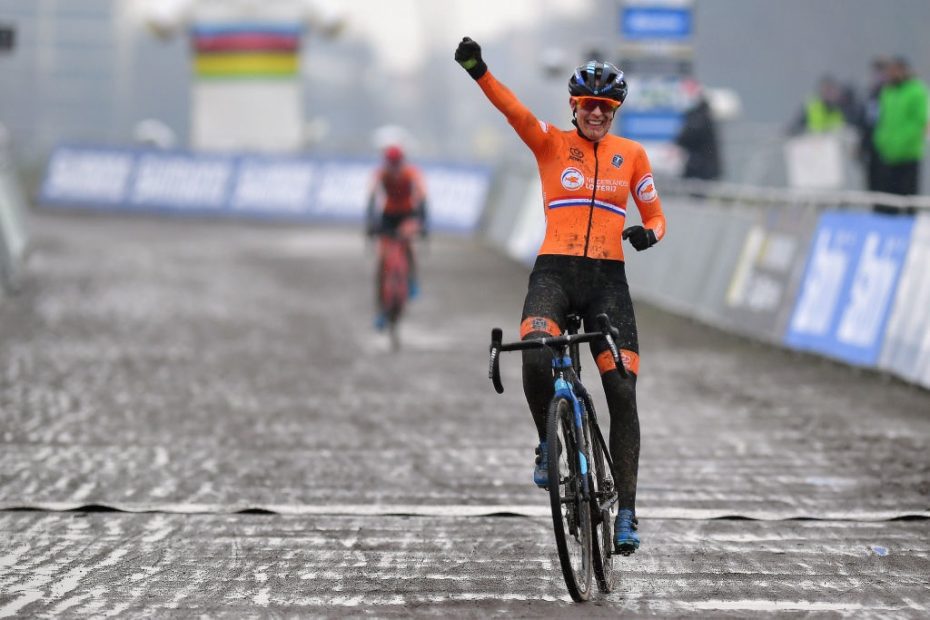 The 2022 Cyclocross World Championships will be taking place in Fayetteville in the United States on 29th-30th January 2022. The Dutch team looked initially like it might be able to take both of the major Elite championships with Mathieu van der Poel and Lucinda Brand. However, Van der Poel’s ongoing back issues have led him to call this season over already. More recovery time is needed after managing the issue throughout the 2021 road and MTB season. So with no Mathieu van der Poel, who will be representing the Netherlands in Fayetteville?

The KNWU (the Dutch cycling association) has stated that because of the travel and logistics, they’re only going to take riders who have realistic chances of winning a medal or finishing in the top-5 of the standings. That leaves the Elite Men team looking very small with just 2 riders. 3 of the next 4 highest ranked Dutch riders are included in the U23 team, however. David van der Poel is the non-U23 rider to miss out but despite a UCI ranking of 22nd, he’s not managed a top-10 in a World Cup race this season. Mees Hendrikx and Pim Ronhaar are currently doing battle at the top of the U23 World Cup standings with Brit, Cameron Mason.

With the Elite Women, there are no shocks. Everyone you’d expect to be there is in there. It’s helped by Puck Pieterse, Fem van Empel and Shirin van Anrooij all racing in the U23 category, despite being 4th, 5th and 7th in the UCI standings. Lucinda Brand is the team’s obvious favourite. Unless someone like Vas or Honsinger can pull off a shock, the winner of the championship will be Dutch. Aniek van Alphen is about the only Dutch rider of note not to be going to Fayetteville.

It’s a similar story at the U23 level really. Although Zoe Backstedt has been dominating juniors she doesn’t appear to the on the same level as this Dutch trio in Elite races yet. Backstedt may also choose to race Juniors and win that championship instead. There is some distance to other U23 competitors like Burquier, Fouquenet and Clouse.

With the juniors, David Haverings is the #1 ranked male junior at the moment. He’s won every World Cup race this season and there are only 3 races out of 17 he hasn’t won in total. It’s a similar story with Leonie Bentveld who has been battling Zoe Backstedt and is a decent match. It’s probably telling that all of Bentveld’s wins have come when Backstedt hasn’t raced.