Home » Emma Redaelli’s shot between the road and books

Emma Redaelli’s shot between the road and books

The Valcar – Travel & Service athlete will compete at Dwars door het Hageland and the SPAR Flanders Diamond Tour. Then she will focus on graduation.

She is one of the veterans of the team, being in her sixth season in the blue-fuchsia jersey; but paradoxically, she is also one of the youngest on the roster, with her 19 years of age on February 15th. It is therefore difficult to speak of Emma Redaelli (in the photo by Flaviano Ossola) as a new face, even if this is the first season among the elites for the Brianza athlete.

A season that has already given her her debut in Holland (at Drentse Acht van Westerveld), in Belgium (at Nokere Koerse) and the satisfaction of having participated in the team’s triumphs at the Liberation of Rome on April 25 and at Dwars door de Westhoek on June 5th.

«Beautiful emotions; even more because they are shared with teammates ».

Are there any differences between the victory in Rome and that of last Sunday?

“Silvia Persico’s first place in Rome was the result of incredible team work, with three athletes in the decisive breakaway and one two in the final sprint. Winning in Belgium is something unique, unthinkable for those who have never raced there: the audience is incredible; cheers and supports anyone who has the number stuck on their back ».

Are emotions comparable to victories in the junior ranks?

“It may sound strange, but yes, they are comparable. Of course now the stages are international, but when you are young even the victory in a competition between rookies gives you great emotions ».

Being in the first year among the elites, how is the transition to the new category going?

“The races are of a different level compared to those in the Open category in Italy, which I participated in last year. Anyway, I was ready for this step: I knew it would be a year of apprenticeship for me ». 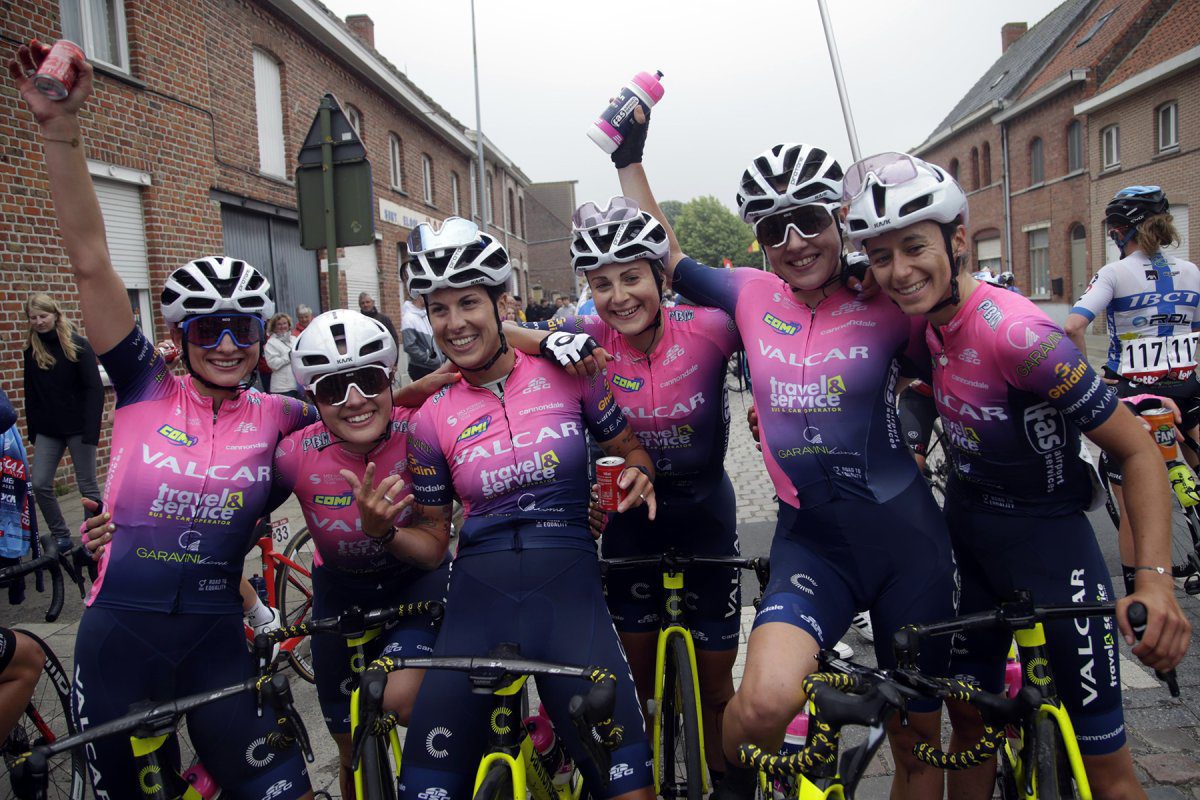 Apprenticeship means gaining experience. What are you learning?

“I’m trying to ‘steal’ every detail from my more experienced companions: how we move in a group, how we feed ourselves, how to manage energy and tension”.

About voltage; in addition to the Dwars door het Hageland on Saturday and the SPAR Flanders Diamond Tour on Sunday, another important event is approaching…

«The maturity exams of the Liceo Artistico of Monza. They will start from 20 June with the two written tests ».

Do you feel ready?

“Yes, even if this year was more complicated than the others: the two-week retreat in Spain, the trips to the North. In short, I lost many days, but with the student-athlete program I had the support from the school ».

How will the exams be structured?

«They will start on 20 June with the two written tests; then there will be the orals, in which they will show us an image and we will be called to make interdisciplinary connections ».

Thinking back to the bicycle, what is the image that comes to mind?

“The yellow and blue Kuota with which I started pedalling at the Veloclub Sovico at the age of seven, following the example of my grandfather and my dad”.

Do you have a reference athlete? And what is the race of your dreams?

“Marianne Vos is the athlete I admire most; you, among other things, you hold the record for victories in the Giro, which is the race of my dreams. I hope one day, to be able to play it ».

Before the final exams and dreaming of the Giro, Emma Redaelli will have two competitive commitments in Belgium. On Saturday, the 19-year-old from Sovico will participate with Carlotta Cipressi, Chiara Consonni, Elena Pirrone, Ilaria Sanguineti and Margaux Vigié at Dwars door het Hageland.

Sunday will be the turn of the SPAR Flanders Diamond Tour, in which sporting director Davide Arzeni will field the same girls from het Hageland.