Matteo Dal-Cin timed his sprint to perfection to win stage 3 of the Virtual Tour de France by the smallest of margins. Probing attacks throughout the 48 km stage kept the peloton under constant pressure, but there was no stopping the inevitable bunch sprint. The former Canadian road champ knew exactly what to expect coming into the technical finale and executed the team’s plan to perfection.

“That felt fantastic and awful at the same time,” said Dal-Cin. “I made a big effort to get in position before the final corners and started sprinting before I could see the line. I’m really proud to deliver this win for the team.” 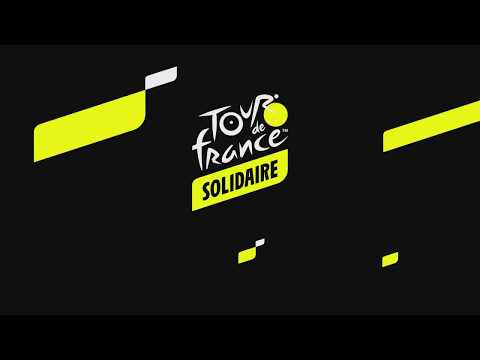 The whole team has benefited from the advice and guidance of e-racing expert, Holden Comeau, whose indoor racing experience has proved a hugely valuable asset during the Virtual Tour de France.

“Holden and his team have been amazing, sharing so many little things that would take forever to learn on our own,” shared Dal-Cin. “In our pre-race call, Holden told us when to get good position and where to open our sprint. I waited for the final 300 meters to go to use my aero power-up and gave it everything I had until the end.”

With Dal-Cin’s thrilling victory and Rob Britton crossing the line in 12th, the team cemented their second place on GC going into stage 4. In the women’s race, Megan Jastrab scooped up 15th after working hard to conserve energy throughout the stage, along with Lily Williams who finished close to the front in 25th place.

Virtual racing returns on Sunday with both men’s and women’s pelotons tackling a hilly stage to Casse-Pattes which features the punchy Petit KOM before a fast descent to the finish. The women’s stage kicks off at 7:47 a.m. CDT, with the men an hour later. The live stream begins at 8 a.m. CDT on our Facebook page.