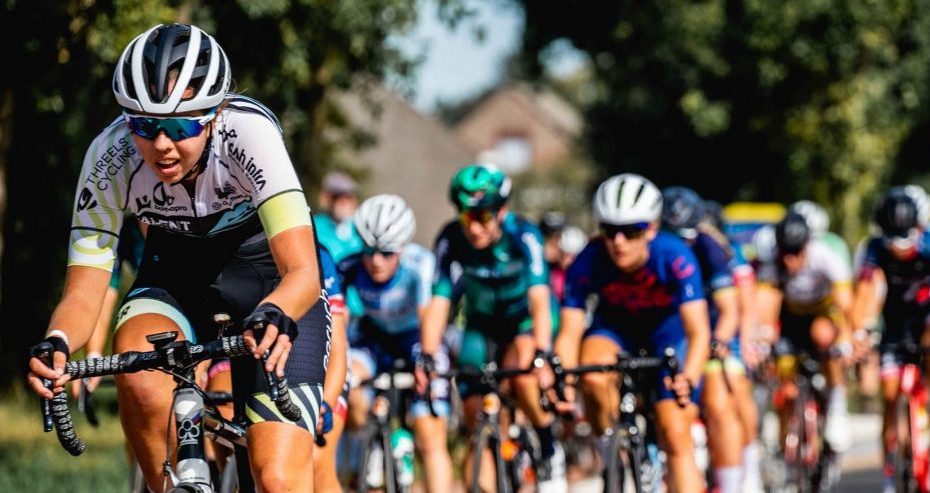 Last weekend the riders of Biehler Krush Pro Cycling and the three TALENT Elabo Development Teams were able to use their climbing legs. There were some tough matches on the program.

The Klimomloop van Ulestraten was an interesting race on many fronts. The TALENT Elabo Development Team showed itself in the joint competition for juniors and novices. For example, it was Carola van de Wetering who went on the attack in the last round. Unfortunately for her, she was taken back, after which the deciding group drove away.

In that group, Willemijn Prins, in her first race as an intern with the TALENT Elabo Development Team, rode very well to second place behind winner Elise Uijen. A strong performance. Behind this group, Lisa van Belle won the sprint of the peloton, which resulted in fifth place.

This weekend the newcomers and junior team will travel to Genemuiden for the Omloop van Noordwest-Overijssel, where GP Anna van der Breggen is on the programme.

According to trainer Stefan van Klink, the elite race was not immediately the happiest race of Biehler Krush Pro Cycling in terms of progress. “We lost a lot of riders along the way due to bad luck and bad legs. Noteworthy is a long attack by Inez, who rode 30 kilometers ahead of the peloton with Romy Kasper, not the least. The day before, she was already active in the Trophée des Grimpeuses. ”

“Ultimately, Nienke Wasmus and Roos Hoogeboom were left at the front. Roos had the best result in the end, around place 15. But the result is not the most important thing I saw this weekend. I see that we are making steps as a team match after match and that is an important observation. ”

“The elites rode properly, but I think they still lacked some initiative in the race. Clara Lundmark and Nathalie Eklund could follow the front group and they both drove top 20. Great performances, because of the 150 riders just under forty made it to the finish. I also see progression on several fronts among the elites. It is therefore very nice to be able to ride some races in this strange season to grow as a team. ”