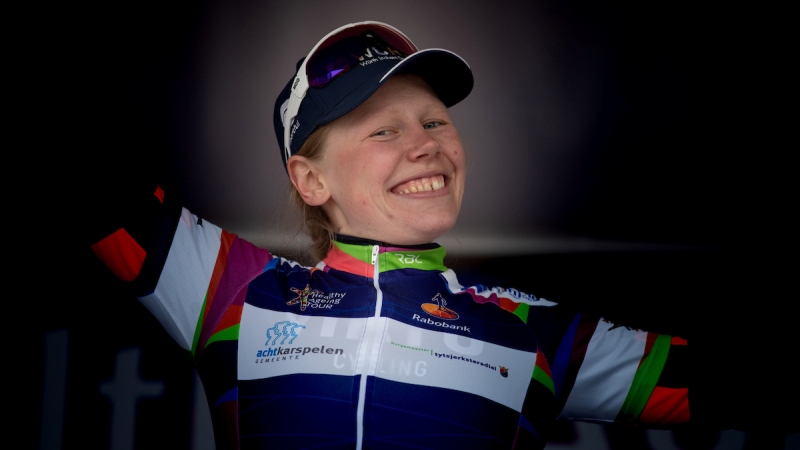 Mieke Kröger joins Team Hitec Products – Birk Sport in 2020. After French rider Greta Richioud and Norwegian talent Silje Mathisen, she is the third new rider for the team. Kröger recently won the general classification in the Lotto Belgium Tour after winning the second stage with a solo. The 26 years old German rider this season also won two stages in the Czech stage race Gracia Orlova and a stage in the Dutch stage race Healthy Ageing Tour.

With Kröger Team Hitec Products – Birk Sports adds a rider to the team who is experienced and has a good time trial. In 2019 Kröger was second at the German time trial championships. She won the title in that discipline in 2015. A year later Kröger became German road race champion. In the upcoming season she will combine the road with cycling on the track, as she is aiming to participate at the track tournament of the Olympic Games in Tokyo.

Developing further
Kröger is looking forward to join her new team. “In Hitec Products – Birk Sport I hope to find a good team and good relationships, since I can perform best, when there is harmony around me”, she says. “I hope to develop my skills in being a good teacher and leader in road racing, however I still want to be a reliant teammate for others. In this team I can combine road racing and also track cycling, since my aim is to compete as an Olympian in Tokyo. I also want to keep developing my TT skills, since this discipline is my favourite one. I am looking forward to a relaxed but still professional atmosphere.”

Win races and help other riders
For the team, the addition of Kröger is a big one. “She is a rider who can win races for the team and is willing to help other riders to develop”, Karl Lima, team manager of Team Hitec Products – Birk Sport, tells. “As Mieke will also do a track program leading up to the Olympics, where she hopes to compete at both the road as the track, she will probably miss the first spring classics. However, we now have a balanced group and will be able to have a good team at those races too. We are certain that Mieke will raise the general level of our team.”