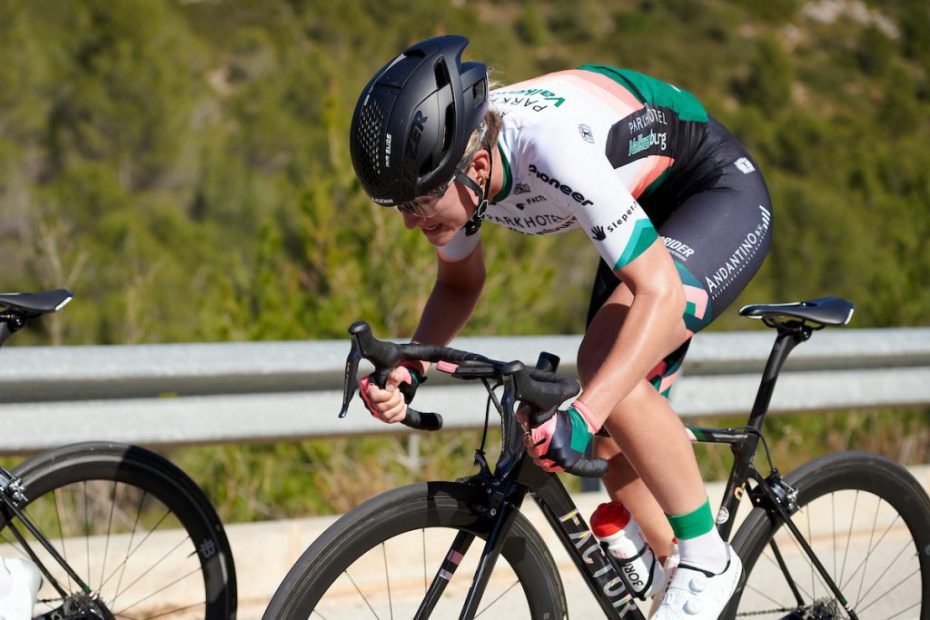 In the first edition of the race around Isbergues there were some steep Flanders like climbs but the final forty kilometres were flat, so it was expected to finish in a sprint. The team had a good warm up the day before in Trophée des Grimpeuses and did a great job at being actively at the front all day.

Both Marit Raaijmakers and Karlijn Swinkels won one of the intermediate sprints so the team could go home with the Prix des Sprints. Despite several attacks on the climbs the race ended in the expected bunch sprint. Karlijn sprinted to a fifth place and was the first to finish for the team. She was followed by Amber van der Hulst and Femke Markus who also finished top ten.

”On Saturday we had to warm up a bit and find the good legs. Yesterday everyone was feeling way better and the collaboration with the team was great during the entire race. We showed that we all could be there in the final and I’m sure we will soon be rewarded with a nice result.’’ – Karlijn Swinkels