Who is the best rider to never win the Tour de France? 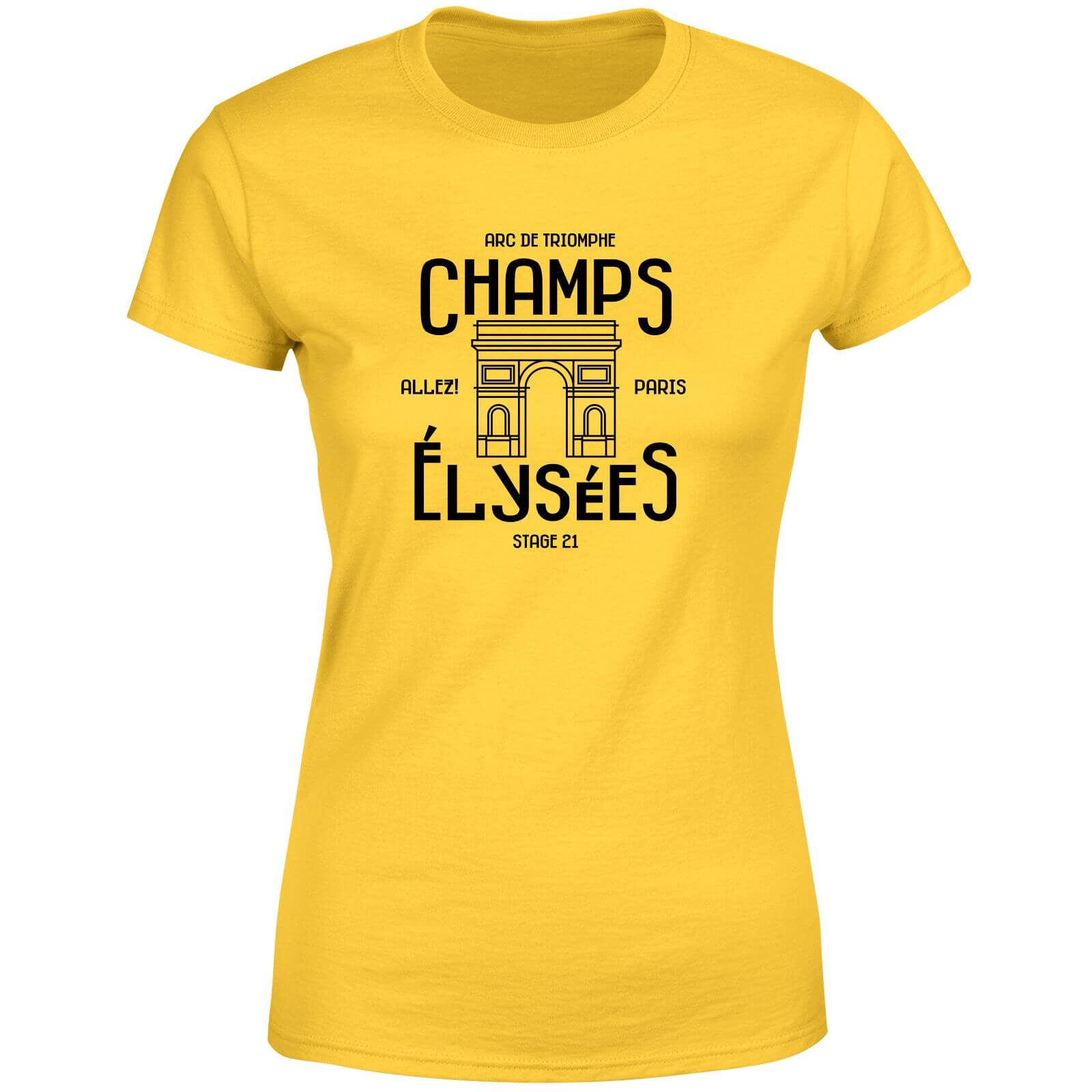 The Tour de France is the pinnacle cycling achievement and over the years a whole host of brilliant riders have won the yellow jersey. For some riders though, they come up against generational talents that they can’t find a way past or other riders are simply at their form at the right time. Others find themselves fighting against Tour de France route planning, being a pure climber in an age where time trials played a big GC role would take a monumental effort to overcome their disadvantage.

I’ve tried to list some of the particularly unlucky riders who were great talents but never took home the Tour de France’s yellow jersey.

Who is the best rider to never win the Tour de France?

We’re starting off way back in the 1930s with Felicien Vervaecke. He was the younger brother of Julien Vervaecke who I’ve written about before. The pair rode from the late 1920s up to the outbreak of the Second World War in 1939. Whilst Julien won Paris Roubaix and finished 3rd, 5th, 6th and 8th in the Tour de France, Felicien managed the best set of Tour de France results. He finished 2nd, 3rd, 3rd and 4th and also won the polka dot jersey twice.

For Vervaecke, the issue was mainly being Belgian in years where Romain Maes and Sylvère Maes (not related) were stronger. Having to work for a stronger teammate reduced his own chances for success. Those Tours were bookended by 1934 and 1938. In 1934, Antonin Magne was simply dominant. He held the yellow jersey in every stage except for the first one. His French team also won 19 of the 23 stages.

1938 was probably the best chance Felicien Vervaecke had. He was in yellow for 9 days and took 4 stage wins. Unfortunately for him, Gino Bartali unleashed one of the rides of the Tour de France. On a stage featuring 3 major climbs, including the Col de l’Izoard, Bartali crested all 3 first earning the best part of 6 minutes in time bonuses. Vervaecke himself was 17 minutes back after only having a lead of 85 seconds at the start of the day. Vervaecke clawed back some time over the remaining stages but ultimately would lose by just over 18 minutes.

Raymond Poulidor was “The Eternal Second” after finishing 2nd in 3 Tours and 3rd place in 5 Tours. Despite that consistency, Poulidor famously never even wore the yellow jersey. 11 top-10 finishes in 14 Tour de France editions is a remarkable record. Poulidor’s main opposition came first in the form of Jacques Anquetil who won 3 editions Poulidor was in and then Eddie Merckx who won 4 editions that Poulidor raced.

The closest Raymond Poulidor came to winning the Tour de France was the 1964 edition. Just 55 seconds separated him and Anquetil, which at the time was the closest-ever Tour de France finish. Several instances of bad luck could have made the result swing the other way. Sprinting a lap too early in Monaco cost energy, which Anquetil took advantage of to win the sprint and a bonus of 1 minute.

A flat tyre during the Stage 10 time trial cost more time and a broken spoke on Stage 14, combined with being knocked off by his own mechanic also didn’t help. Once you start adding up the mishaps, Poulidor really could’ve made the yellow jersey dream a reality. His story is why Mathieu van der Poel’s earning the yellow jersey in the 2021 Tour de France was so emotional. Van der Poel is the grandson of Raymond Poulidor.

An all-rounder who never quite managed to pull off a Tour de France win, Kuiper certainly has a strong palmares. Winner of 4 of the 5 monuments, with only Liège–Bastogne–Liège missing, Kuiper was part of a strong Dutch grand tour generation at the end of the 1970s that included Joop Zoetemelk, Tour winner in 1980.

Whilst Zoetemelk won the 1980 Tour de France by 7 minutes, Kuiper was 2nd, making it the only Tour de France where Dutch riders have finished 1st and 2nd. Once Hinault had withdrawn, Zoetemelk was able to eke out more time through the Alps on Kuiper who steadily lost time all the way to Paris.

The 1977 Tour de France was different though. Just 48 seconds separated Kuiper and Bernard Thévenet at the finish, the 2nd closest in Tour de France history at the time. Dietrich Thurau was the early leader and a certain Eddy Merckx was pushing him close. Stage 15b’s mountain time trial closed things right up. The top 5 were separated by just 49 seconds.

Hennie Kuiper won on Alpe d’Huez which took him to 8 seconds from yellow behind Thévenet and the race became a head-to-head race. It was the time trials that derailed Kuiper’s bid to win, 50km in Dijon saw Kuiper lose 28 seconds and a further 12 seconds in Paris on the last stage. So close yet never quite a Tour de France winner.

At the turn of the 1990s, Claudio Chiappucci was the rider who came closest to a Grand Tour win without ever managing one. A pair of 2nd places at the Tour de France and the Giro d’Italia, plus an extra podium finish at both too is not far off as good as you can get without winning one. A strong climber in age where time trialling was often rewarded more, Chiappucci finished behind Greg Lemond and Miguel Indurain. The Italian would have to make do with a pair of polka dot jerseys in 1991 and 1992.

Chiappucci came closest to victory in the 1990 Tour de France. Unlike some of this list, he was in the yellow jersey from Stage 12 with a decent buffer from a big win in the breakaway on Stage 1. That day 4 riders finished over 10 minutes ahead of most of the rest of the field. His first 4 days in the yellow jersey were about seeing how much time could be saved against the GC rivals. On Stage 16, finishing high up on Luz Ardiden, Greg Lemond was within 5 seconds by the end of the stage.

Despite the small time gap, it wasn’t until Stage 20’s time trial that Greg Lemond finally overtake Chiappucci and take the yellow jersey. The dream now over for the Italian. Despite the 2’16” time gap at the end, it was a super tight tour.

A rare one on this list, Zülle could certainly time trial. The winner of the 1996 Tour de France prologue ahead of Chris Boardman, Zülle 3 days in the yellow jersey as a result. A two-time Vuelta a Espana winner in 1996 and 1997, his 2nd places at the Tour in 1995 and 1999 bookended those achievements. His misfortune was coming up against the last good year of Miguel Indurain, and the out-and-out doping era that saw Team Telekom win in 1996 and 1997, the Festina affair (whilst riding for Festina) in 1998 and the Lance Armstrong era from 1999.

The 1999 Tour de France wasn’t close, the 7 minutes and 37 seconds that Armstrong originally won by was one of the highest margins in modern Tour history. So 1995 was the closest Zülle came out of those pair of 2nd places. Miguel Indurain took the race lead for the first time in Stage 8 of that year’s race. Unsurprisingly, this was in a long time trial where he put loads of time into pretty much all of his rivals for the yellow jersey.

Stage 9 saw a raking attack from Alex Zülle though where he regained some of that time lost. On a hilly 160km stage from Le Grand-Bornand to La Plagne, Zülle went off the front and had 5 minutes advantage at the bottom of La Plagne. Indurain was the only rider to really eat into that advantage, getting to within 2 minutes of Zülle but ultimately it was a great stage victory for the Swiss rider. The second half of that year’s Tour de France saw the gap maintained between the top-2 until the penultimate day time-trial where Indurain pulled out more of a gap but Alex Zülle comfortably stayed 2nd in Paris.

Virenque was one of the star pure climbers of the peloton in the 1990s along with Marco Pantani and the hopes for a French win usually rested on him. 6 top-10s in 7 years, only interrupted by the Festina Affair, with a peak of 2nd in 1997 and 3rd in 1996. In those Telekom years, the time trials of Bjarne Riis and Jan Ullrich were enough to keep Richard Virenque at bay. Like Claudio Chiappucci before him, Virenque settled for winning the polka dot jersey, setting a record of 7 wins in that classification.

Another rider on this list who won the other Grand Tours but never the Tour de France. In the period between 2013 and 2016, Quintana was runner-up twice and third once more. It’s a repeated story of a rider coming up against the generation’s leading talent in Chris Froome. A white youth jersey winner twice and a polka dot jersey winner, there isn’t too much Nairo didn’t win at the Tour de France. He even famously wore the green jersey in a strange turn of fate.

2015 was the closest Quintana came to winning the Tour de France. He unfortunately steadily lost time during the first week, finding himself 1’59” down by the first rest day. The echelons formed on Stage 2 are particularly to blame for the time that Froome gained on Quintana. Froome gained another minute the day after the rest day on the summit finish at La Pierre-Saint-Martin. Now 3’10” down on GC, Froome managed the gap but showed the first signs of faltering in the final stages.

Nairo Quintana pulled 20 seconds back on the finish at La Toussuire and on the final stage to Alpe d’Huez, Movistar really put Team Sky under pressure. Relentless attacking from Valverde and Quintana created a situation where Froom could only push through to close gaps rather than go with them. The pair arguably could have been more joined up in their efforts but they did finally get away. An all-in attempt on Col de la Croix de Fer may have swung the time gap in Quintana’s favour for the first time.

The Slovenian emerged as a serious GC rider in 2018, finishing 4th behind winner Geraint Thomas, Tom Dumoulin and Chris Froome. He won Stage 19 that year, featuring a blast off the summit of the Col d’Aubisque down to Laruns. The stage looked set for a strong 2019 Tour de France but Roglič chose to do the Giro d’Italia/Vuelta a Espana double instead. So we had to wait for 2020 to see Roglič back at the Tour de France.

I think everyone knows the tale of how close Roglič came to winning the 2020 Tour de France. Leading going into the final time trial, a mountainous one to the summit of La Planche des Belles Filles, Roglič blew up and his Slovenian countrymate Tadej Pogačar had a flyer. Overturning a 57″ deficit, Pogačar won by 59″. It was one of the biggest late Tour de France GC turn around since another infamous time trial saw Greg Lemond beat Laurent Fignon in 1989.

Roglič has won the Vuelta a Espana 3 times now but is still yet to reach the top step of the Tour de France. With the Tadej Pogačar era seemingly in full flow, crashing and abandoning the 2021 Tour and crashing early in this year’s race means that it’s likely Roglič never wins the Tour.

The Official History of the Tour de France 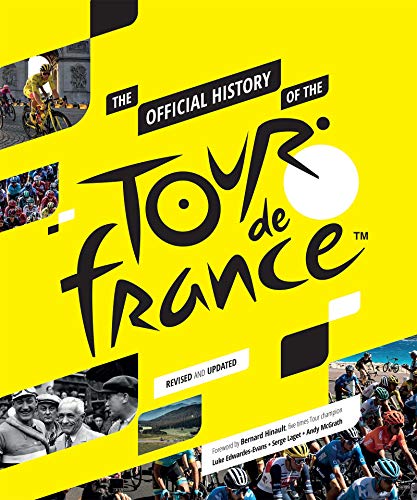 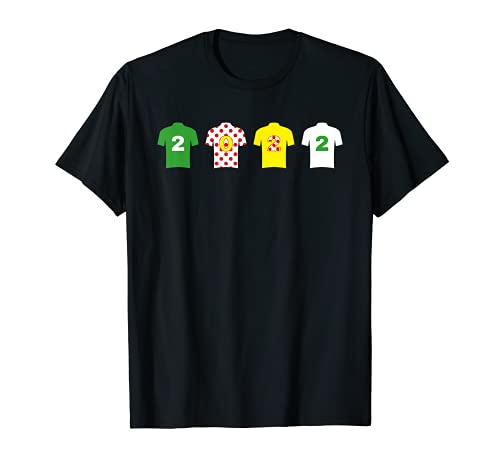 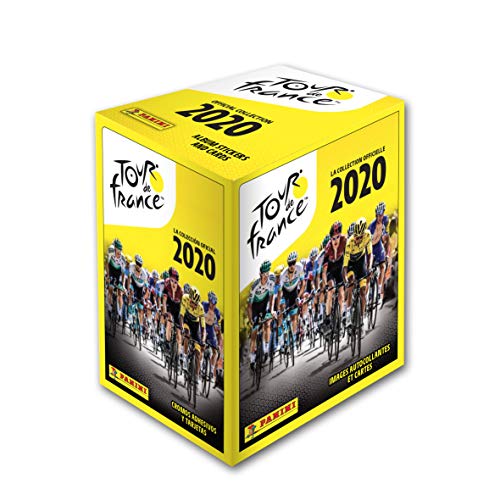