With one kilometre remaining in the Navarra Women’s Classic, Ruth Winder jumped out of the bunch and chased down Annemiek Van Vleuten.

At 500 meters to go, Winder made contact with the former World Champion and looked poised for the win. “Van Vleuten put in a hard attack with about one k to go, and I was like, ‘okay, what do I do?’ explained Winder. “And then I just went because that’s what I felt I had to do in the moment.”

It was perfect. Except, for one thing: Ruth had company.

Cuban Arlenis Sierra (A.R. Monex Women’s Pro Cycling Team) had come along for the ride, and the crafty track specialist outkicked Winder to steal the victory.

“I had looked down, and I had seen there was one rider on my wheel, and it was Sierra. I think I hesitated a little bit in the sprint – maybe I should have started sooner – but at the end of the day, I can be pretty happy with the second place. And it was another great team effort,” added Winder.

For the second day in a row, it was a thrilling and aggressive performance by the Trek-Segafredo team after Elisa Longo Borghini’s 3rd place in yesterday’s Emakumeen Nafarroako.  And Longo Borghini was again prominent in the closing kilometres in the Navarra Women’s Classic.

The expected Van Vleuten pressure came on the climbs at the end of the 126-kilometre race, and Longo Borghini matched her pace every time.

In the final kilometres, six riders were at the head of the race holding a small gap, including Lucinda Brand and Longo Borghini, until a group of riders rejoined three kilometers from the end.

“Coming into the last 25kms there were some good, short steep climbs, and Elisa was in a break, and Lucinda had bridged up to that, which was really good,” explained Winder. “They had 15-20 seconds at one point. It was mostly Canyon and Liv teams that were chasing pretty hard, and it came all back together.”

That move lasted until 1500 metres remained, and when the bunch caught back, Van Vleuten jumped.  With just over a kilometer to go, it seemed like the nail had been driven into the coffin, but Ruth Winder still had something in her trick of cards, launching from the chasing group and bridging to Van Vleuten with Sierra on her wheel.

Another electrifying team effort in another thrilling women’s race:  make sure to tune in again Sunday when the women line up in GP Ciudad de Eibar, the third of four one-day Spanish races. 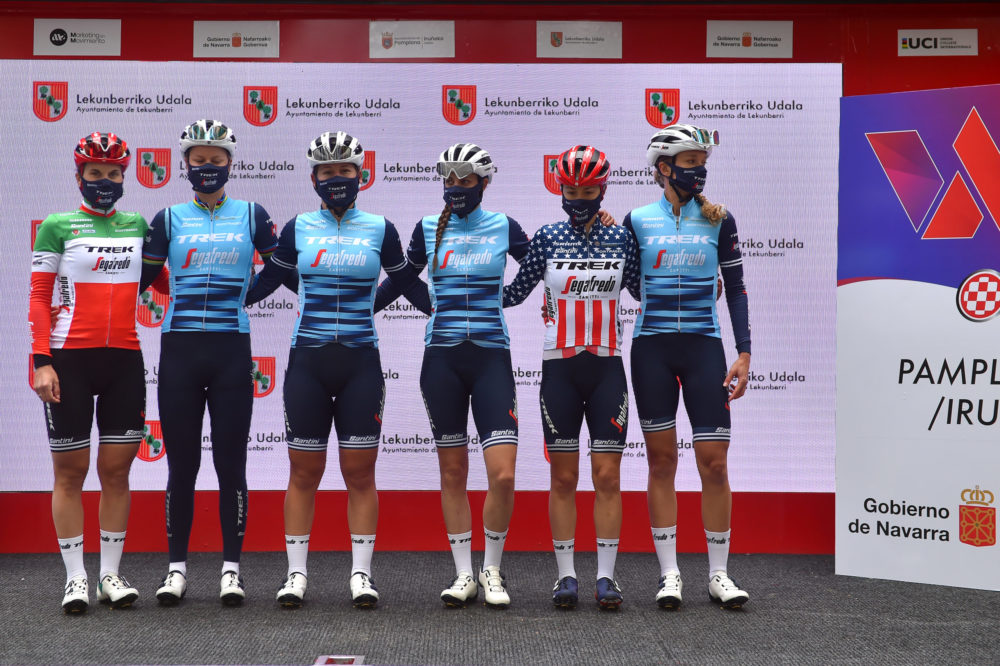