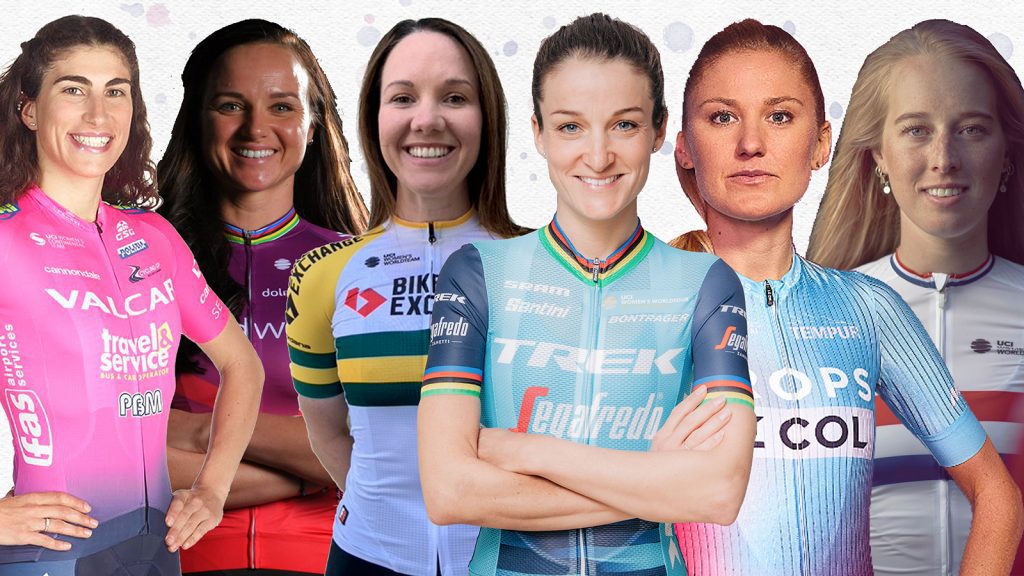 Two days after her historic victory in the first-ever women’s Paris Roubaix Deignan heads the start list as the race gets underway in Oxfordshire with a 147.7-kilometre (91.8-mile) stage between Bicester and Banbury.

In total 16 different nationalities are represented on the start line in the 89-rider field.  Britain is the most represented nation with 24 riders in the peloton.

A trio of riders – Hannah Barnes (Canyon SRAM Racing), Leah Kirchmann (Team DSM), and Elisa Longo Borghini (Trek-Segafredo) – will be competing in their seventh edition of the AJ Bell Women’s Tour, having started and finished all six editions to date.

The youngest rider in the race is Alice Towers (Drops – Le Col s/b TEMPUR) at 18 years and 358 days, while Trek-Segafredo rider Trixi Worrack’s in one of the final races of her career at 40 years and 6 days.

Double AJ Bell Women’s Tour stage winner Sarah Roy (Team BikeExchange) said; “VeloViewer has been great to see what the courses will be like this year. The stages look like it will be really fun and interesting racing across the whole week and the terrain really suits our team.

“I like that there’s a ‘short’ time trial this year as well. It’ll really sort out the GC which can open the racing up a bit differently for non-time trial riders.  It’s also been a special year with the Olympics and the first time we’ve had a really popular, strong stage race after the World Championships. I expect to see some great racing though, our peloton is relentless.”

Liv Racing’s Sofia Bertizzolo comes into the AJ Bell Women’s Tour fresh having missed Paris – Roubaix; “I don’t have a lot of experience in the Women’s Tour. It’s only the second time I’ve ridden it.

“I have studied the course and expect a very attacking race. The stage profiles don’t seem too difficult, so the attack might be worth it for those who are aiming for the general classification. The time trial could also be decisive for the general classification. I expect a fast race where everyone is sharp. The latter certainly applies to me. The last few weeks I have not ridden any races. But I’ve had good quality training sessions and I’m fresh and ready to go.”

The AJ Bell Women’s Tour is sponsored by AJ Bell, one of the UK’s leading online investment platforms, helping people invest for the long term via ISAs, pensions and general investment accounts.  It has a rich history of supporting elite level sport including badminton, cricket, rugby, squash and triathlon, and recently sponsored the men’s AJ Bell Tour of Britain in September, won by Wout van Aert.