Gutiérrez (2nd), milimetres from victory in Vila-real; Van Vleuten remains in the lead 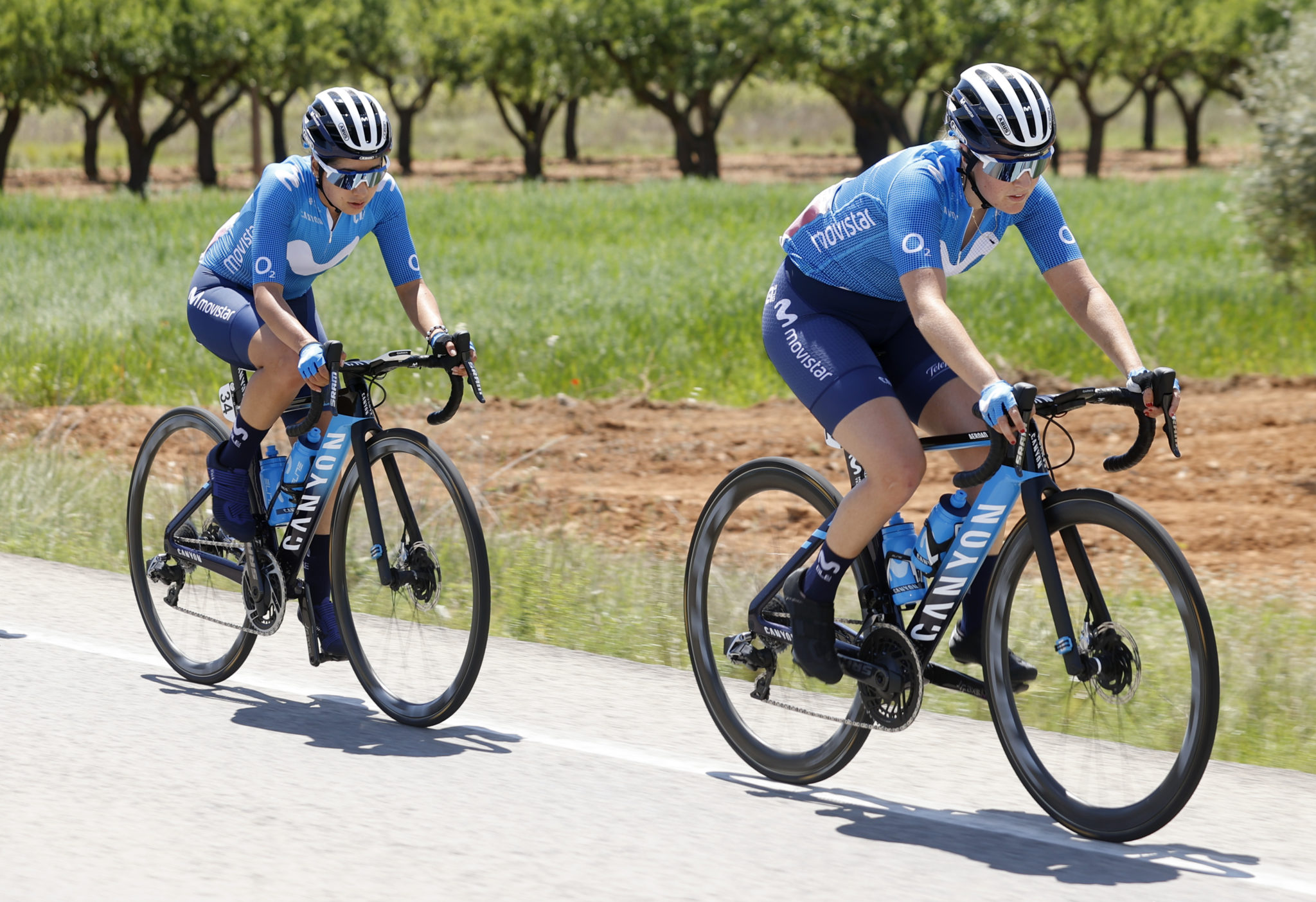 LA RIOJA, BACKED BY A MOVISTAR TEAM DOMINATING THE RACE, CLOSE TO VICTORY AGAINST ALONSO (BDU) IN THE GROUP SPRINT; ANNEMIEK AND KATRINE AALERUD (3RD) RETAIN THEIR PLACES IN THE GENERAL.

A few months ago, a blood pressure problem came to jeopardise the professional career of Sheyla Gutiérrez (Movistar Team). Today Friday, physically and mentally recovered, the great rider from La Rioja was on the verge of adding the seventh victory of the year for the telephone company in the demanding second stage of the Setmana Valenciana 2021. Only Sandra Alonso (BDU) could match the sprint, carried to the finish by an overwhelming blue outfit.

Movistar Team placed women in all the main breaks formed in the initial section and, above all, in the demanding climbs to Les Coronetes (1st) and Salto del Caballo (2nd). The great attitude of Alicia González, Paula Patiño and Katrine Aalerud – still 3rd in the general – in the breaks and the group work of the route captain, Gloria Rodríguez, were continued in the commendable gesture of dedication of Annemiek van Vleuten, working as a domestique in the decisive phase to hunt down the lonely Doebel-Hickok (RLY), who had escaped until the last 4 km, and then take Gutiérrez to the finish of Vila-real.

Van Vleuten, who was not massively affected by her injuries from yesterday’s fall, comfortably retains the leader’s orange jersey, with more than 2′ over García (ALE), on the way to the decisive weekend in Levantine lands. Tomorrow, Saturday, a new opportunity for the sprinters in Valencia, after 120 km starting in Sagunto and the coastal wind as a final danger.