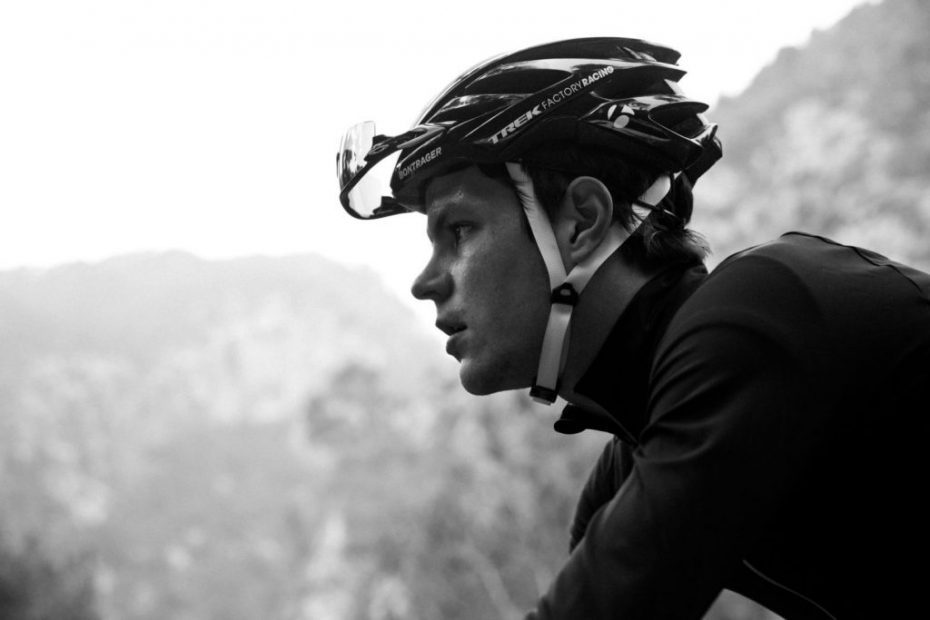 Trek-Segafredo is pleased to confirm that Omloop het Nieuwsblad winner Jasper Stuyven has extended his contract through 2022.

Jasper Stuyven signed a two-year extension to his contract and will stay with Trek-Segafredo until the end of 2022. The Classics specialist has been with the team since the launch of Trek Factory Racing in 2014 and is now the longest-serving rider of the team.

After a successful period as a junior, which saw Stuyven win the World Championships and Paris – Roubaix, he stepped up to race with Axel Merckx’s Bontrager-Livestrong development team and has raced on a Trek bike ever since.

The next step was a move to the WorldTour with Trek Factory Racing in 2014. Stuyven spent his early years with the Team learning under the peerless leadership of Fabian Cancellara. 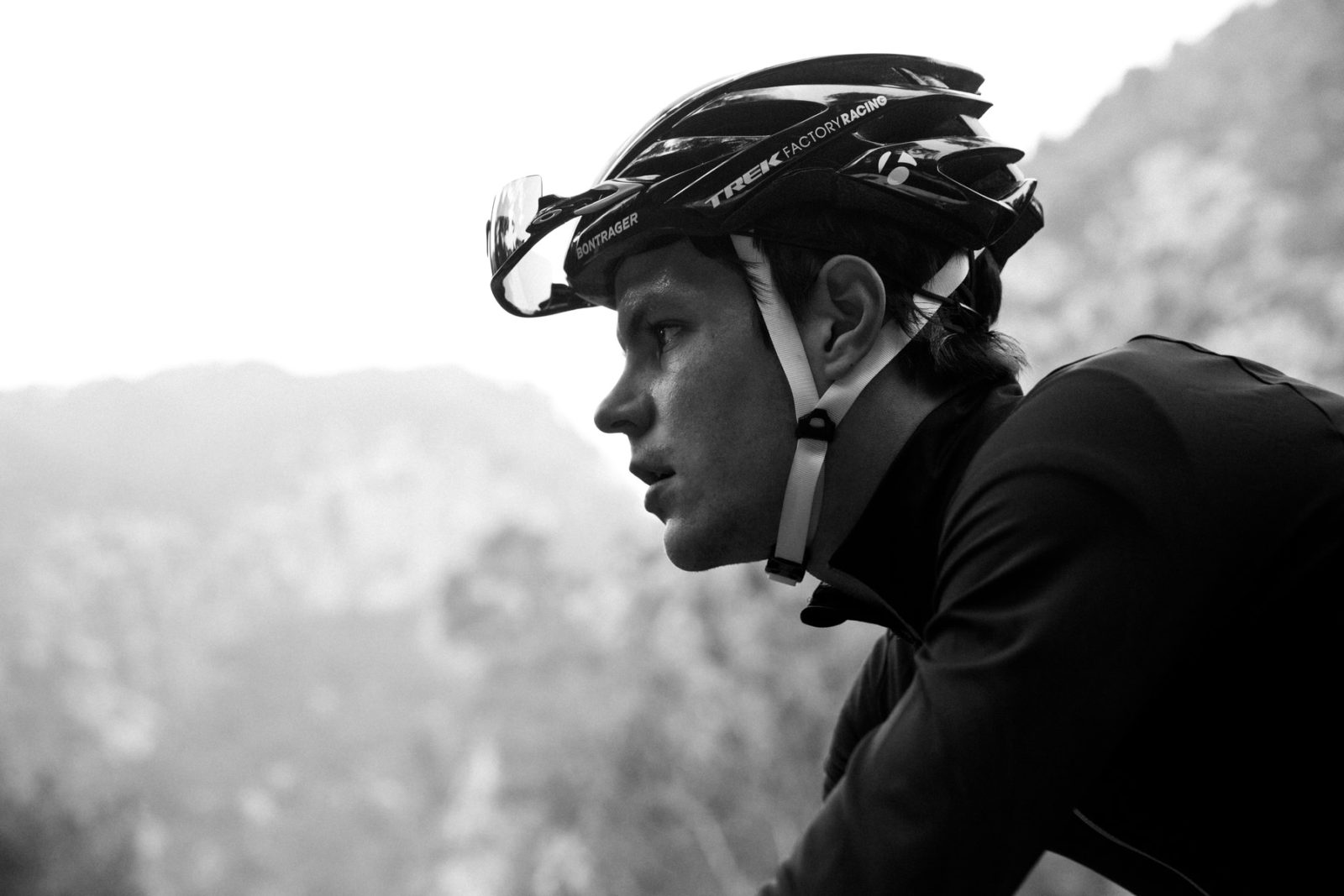 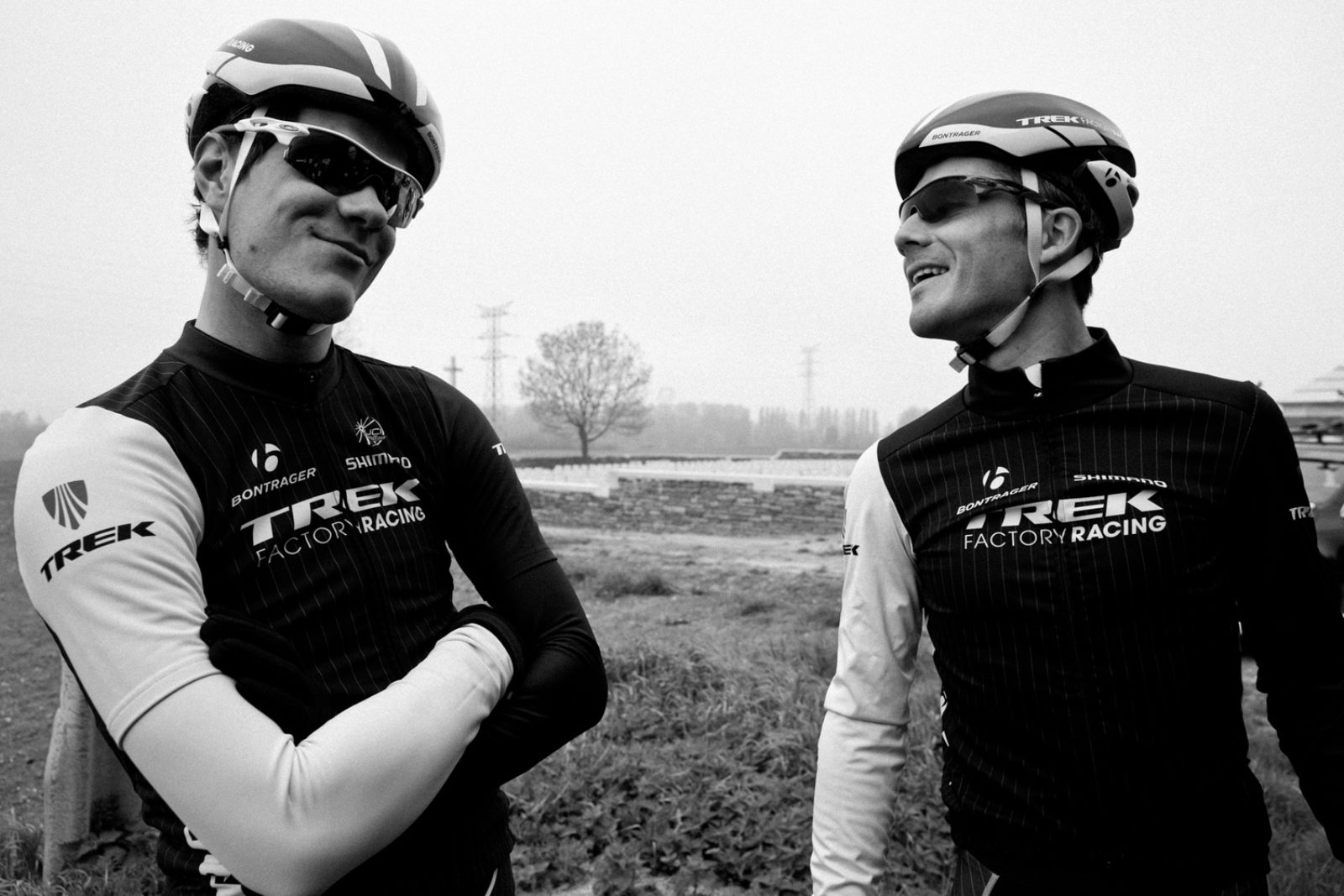 Jasper and Markel Irizar at a Paris – Roubaix recon, 2014 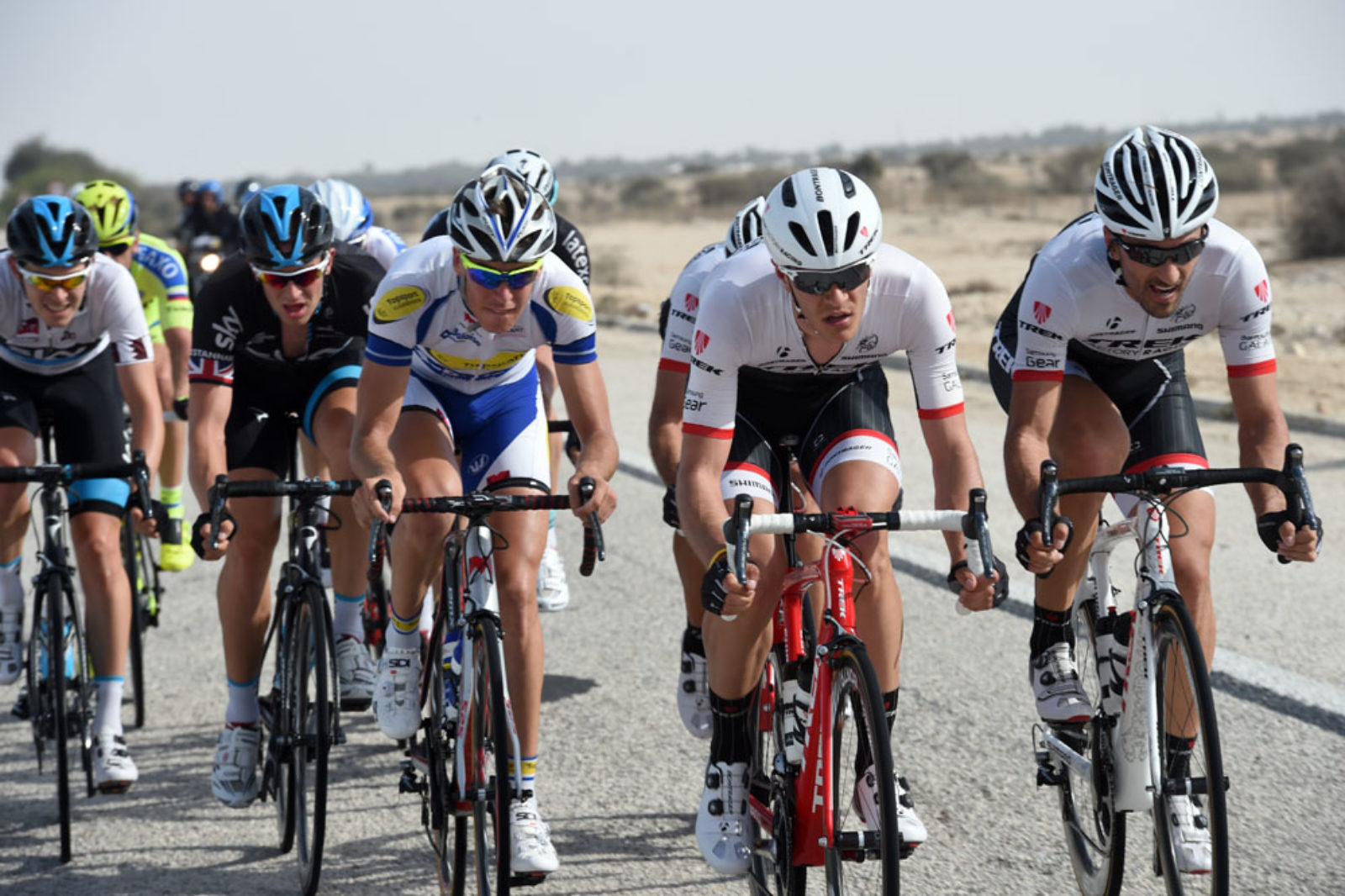 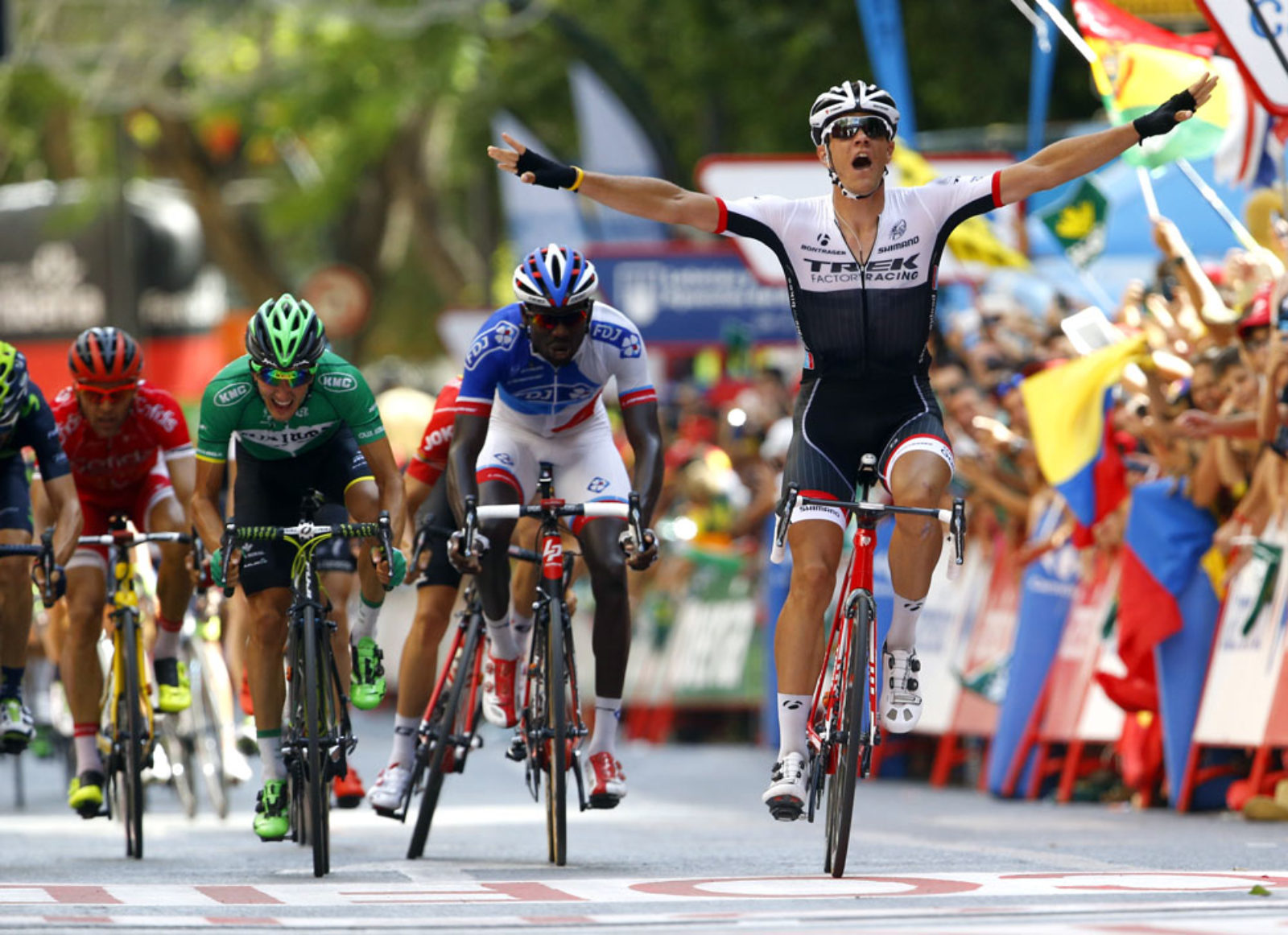 Jasper wins stage eight of the Vuelta a España, 2015 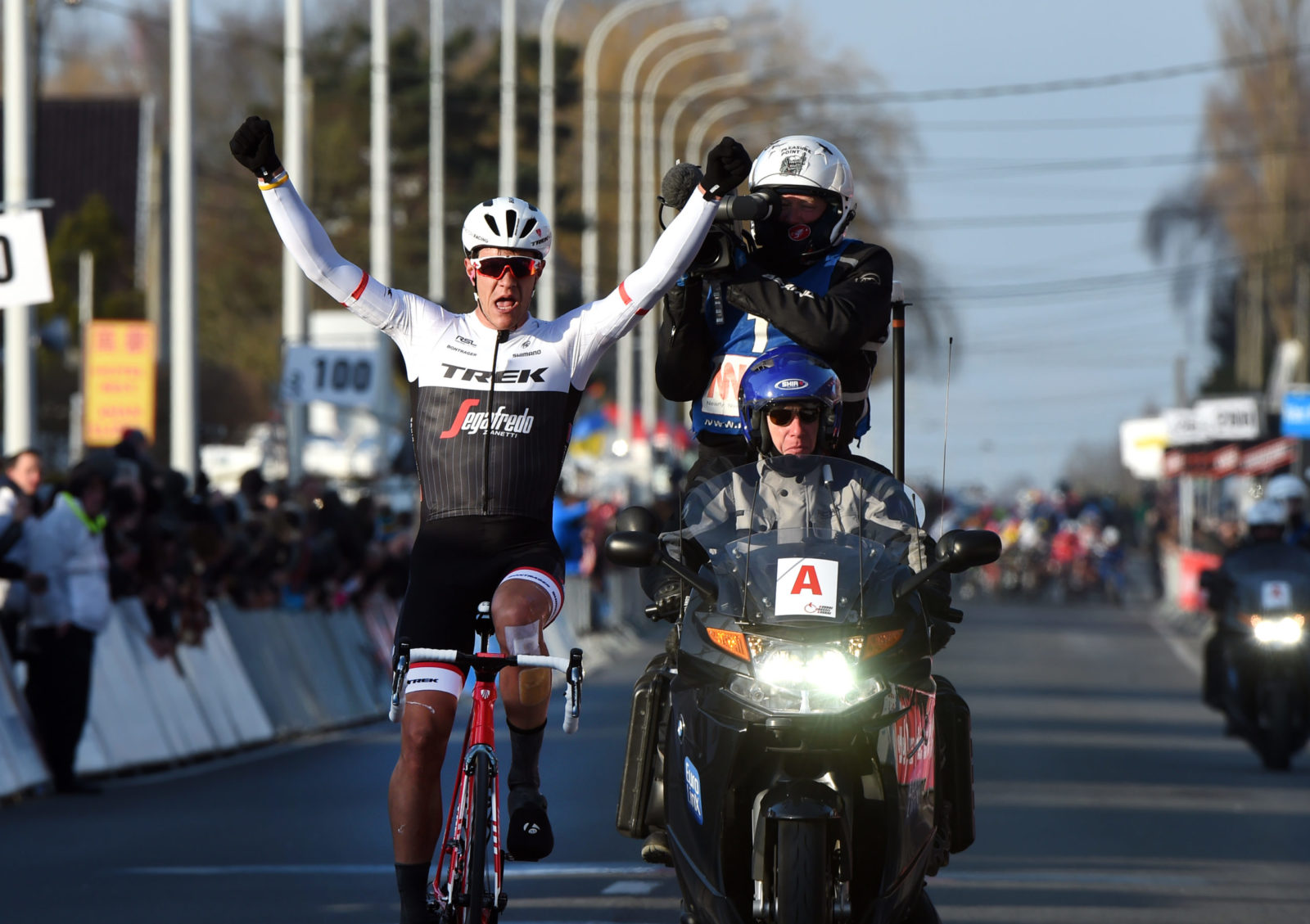 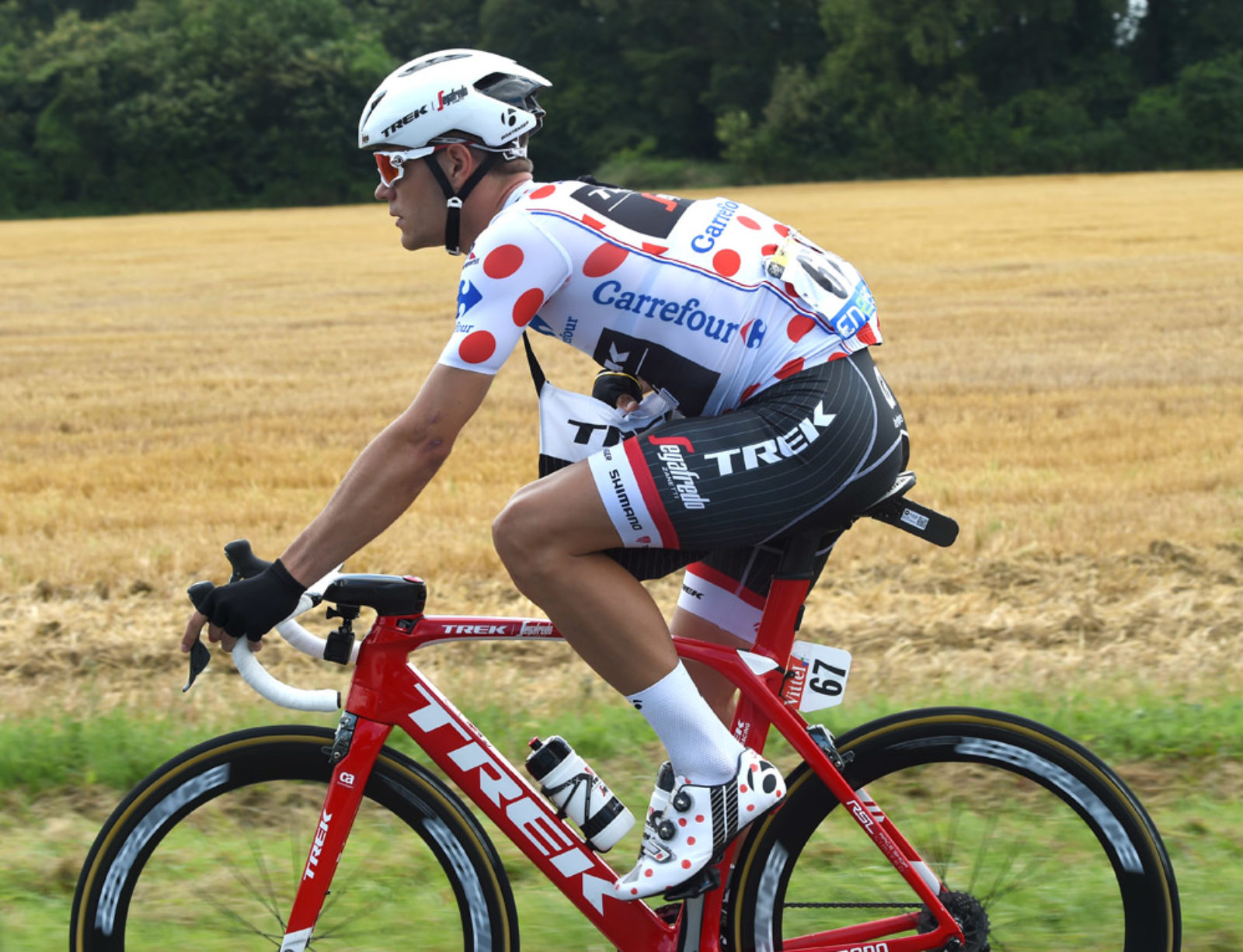 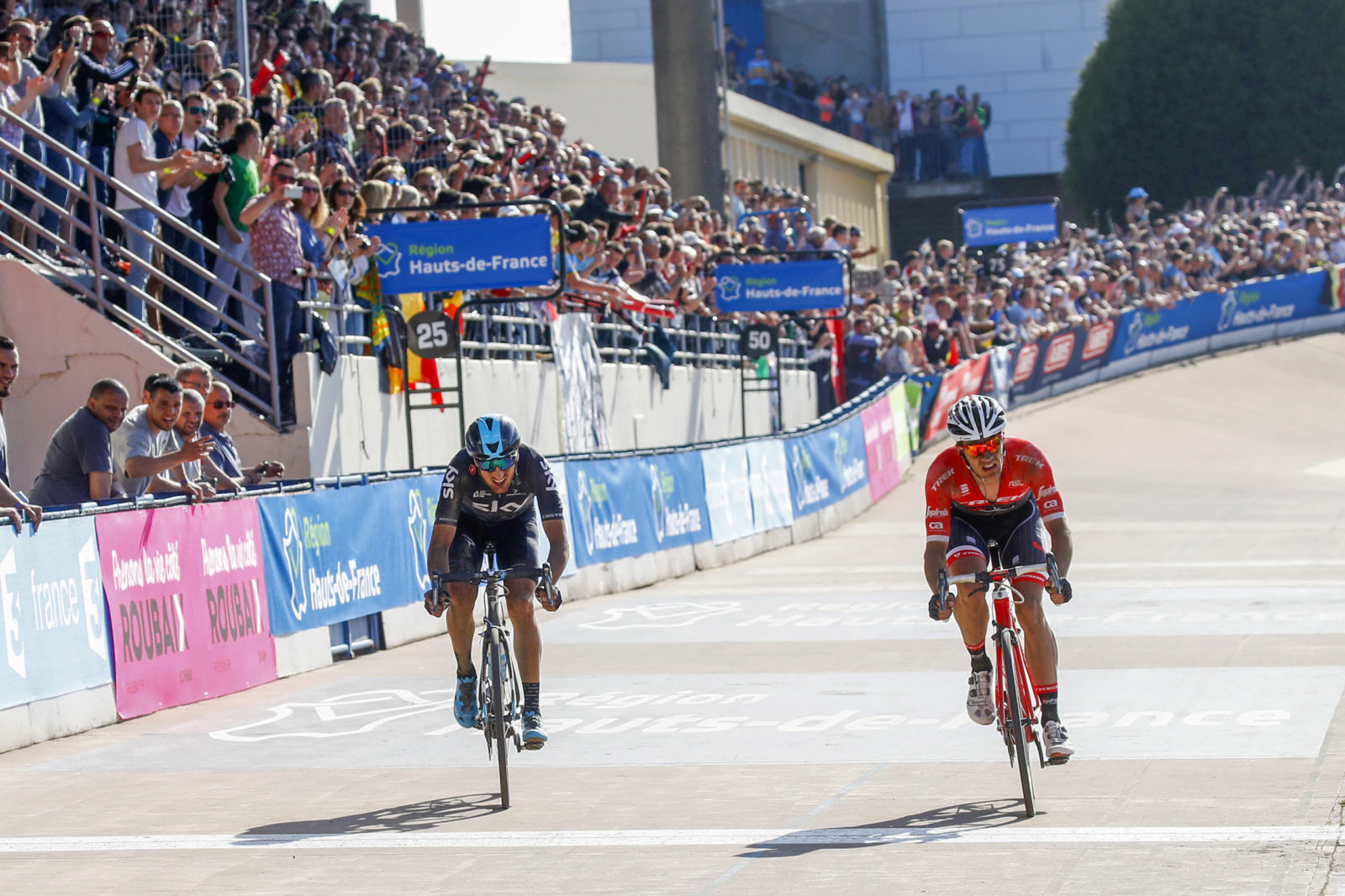 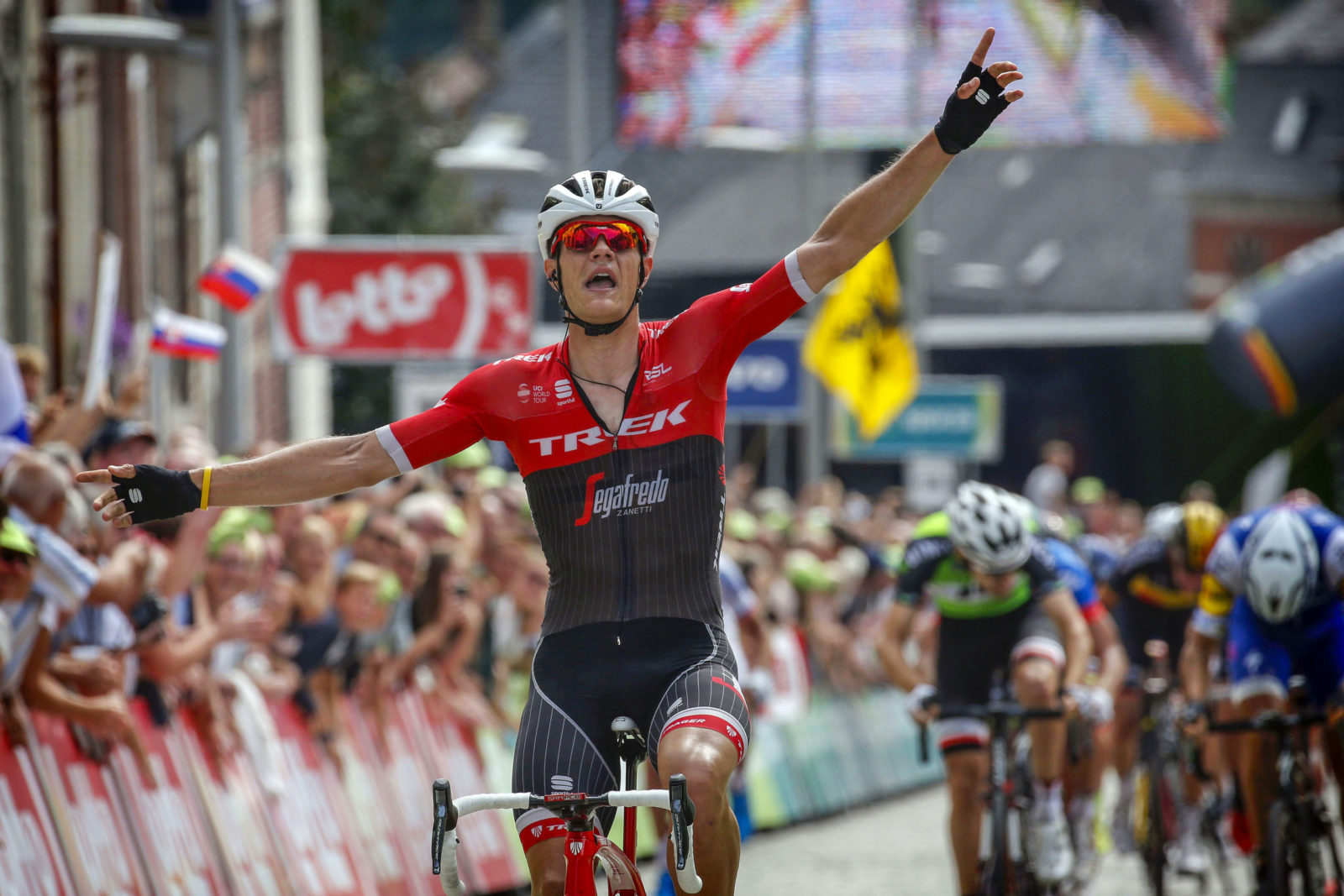 Jasper wins in Geraardsbergen at the BinckBank Tour, 2017

During that time he helped ‘Spartacus’ to victory at the Tour of Flanders and Strade Bianche, while also bagging a solo win at Kuurne-Bruxelles-Kuurne for himself and a stage of the 2015 Vuelta a España. Over the last few seasons Stuyven has developed into a team leader and one of the peloton’s top one-day riders. His 2017 Classics campaign showcased his potential to be one of the big players with a fourth place at the Queen of the Classics and second at Kuurne-Bruxelles-Kuurne.

Stuyven followed up the next year with an impressively consistent display. The Belgian achieved top-10 finishes in seven of the spring Classics. A big Classics win eluded Stuyven, but he was certainly knocking on the door. Fast-forward to 2020, now in his seventh year with Trek-Segafredo, and Stuyven took his big win in the Opening Weekend at Omloop het Nieuwsblad. This made the Leuven native one of the few riders to have notched a one-day victory before the season was put on hold. Taking the early-season win was a key milestone in the Belgian’s trajectory, and placed him as a favorite for the eagerly awaited continuation of the cobbled campaign. 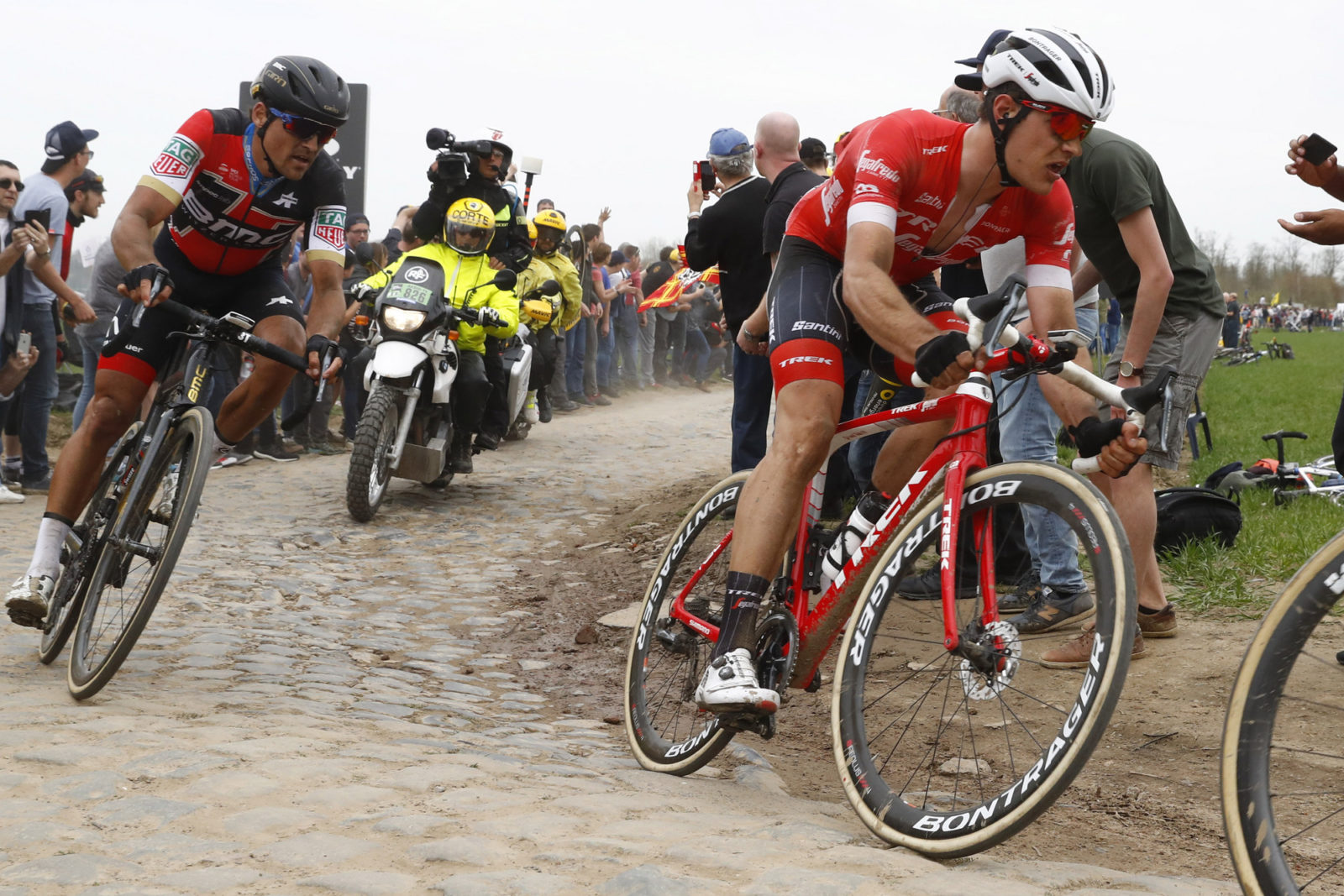 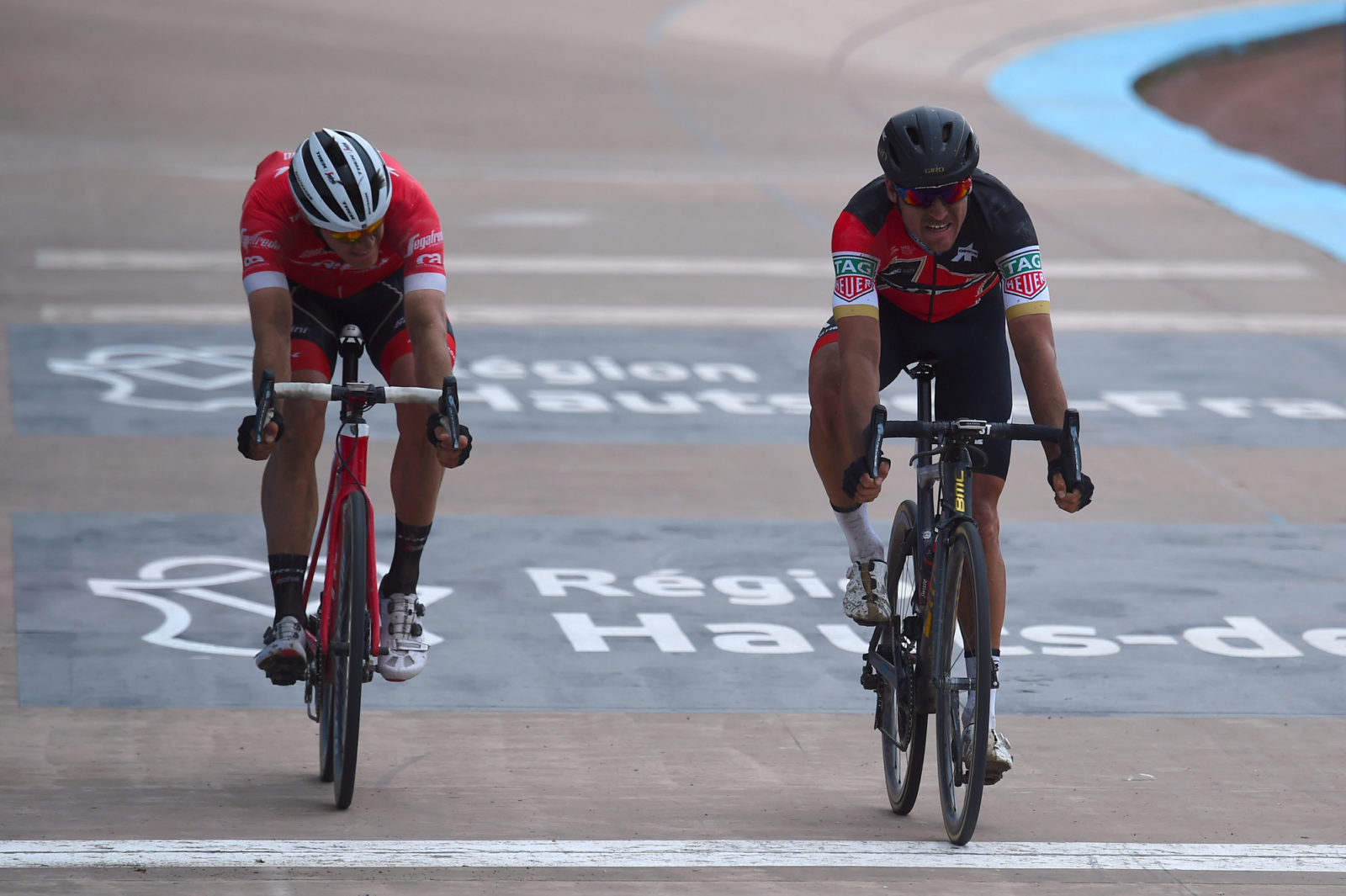 Jasper narrowly misses out on another 4th at Paris – Roubaix 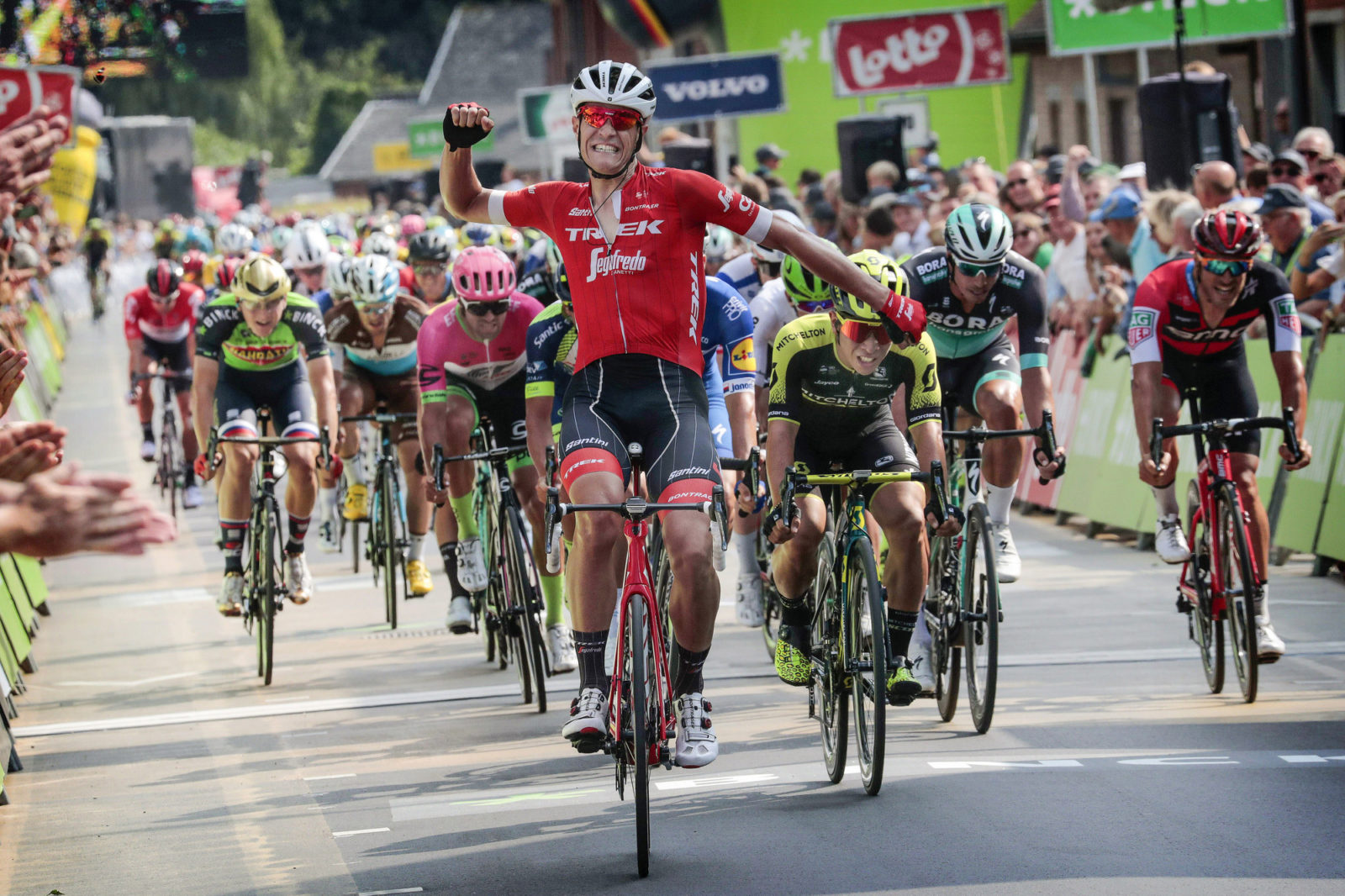 Jasper wins in Ardooie at the Binck Bank Tour, 2018 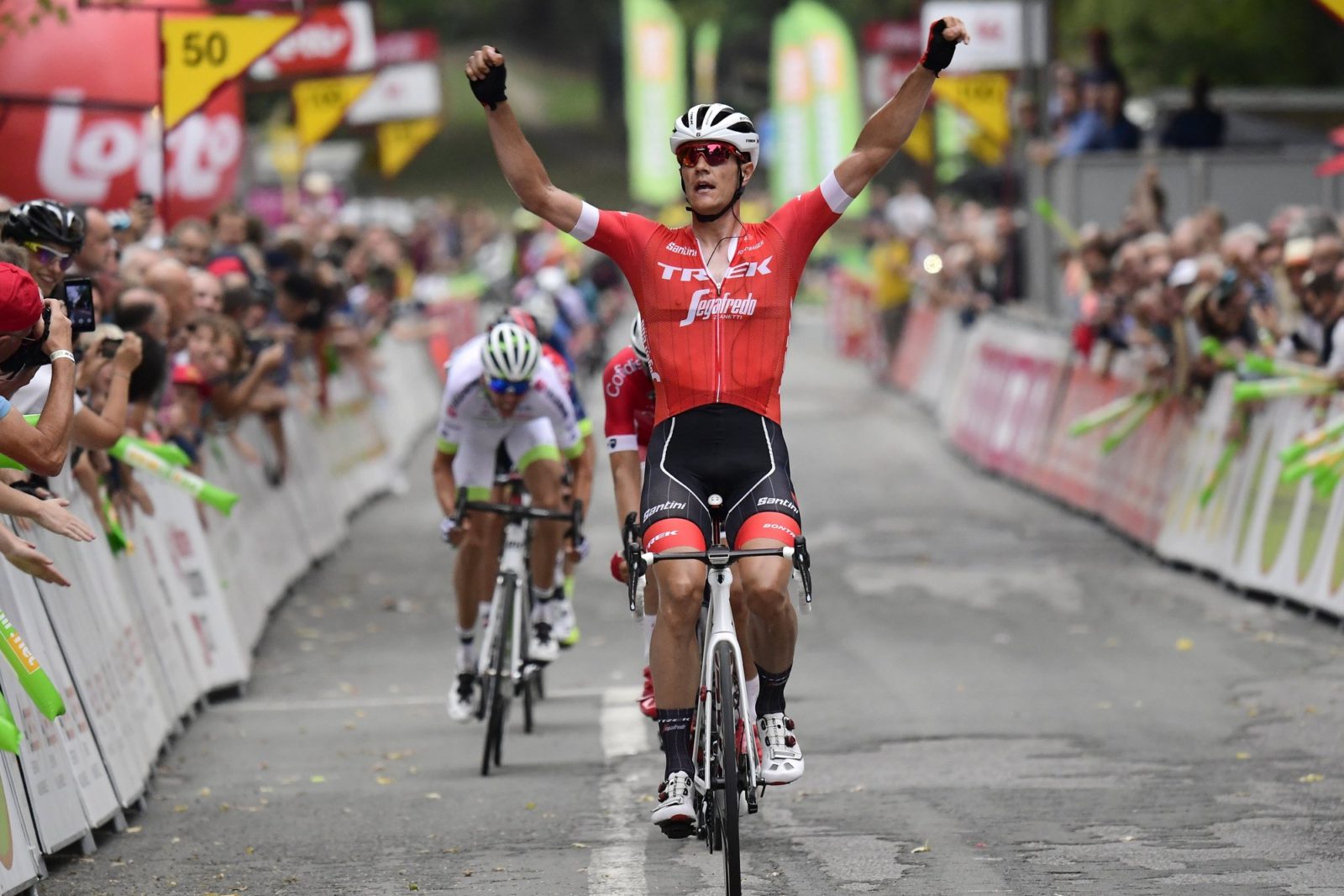 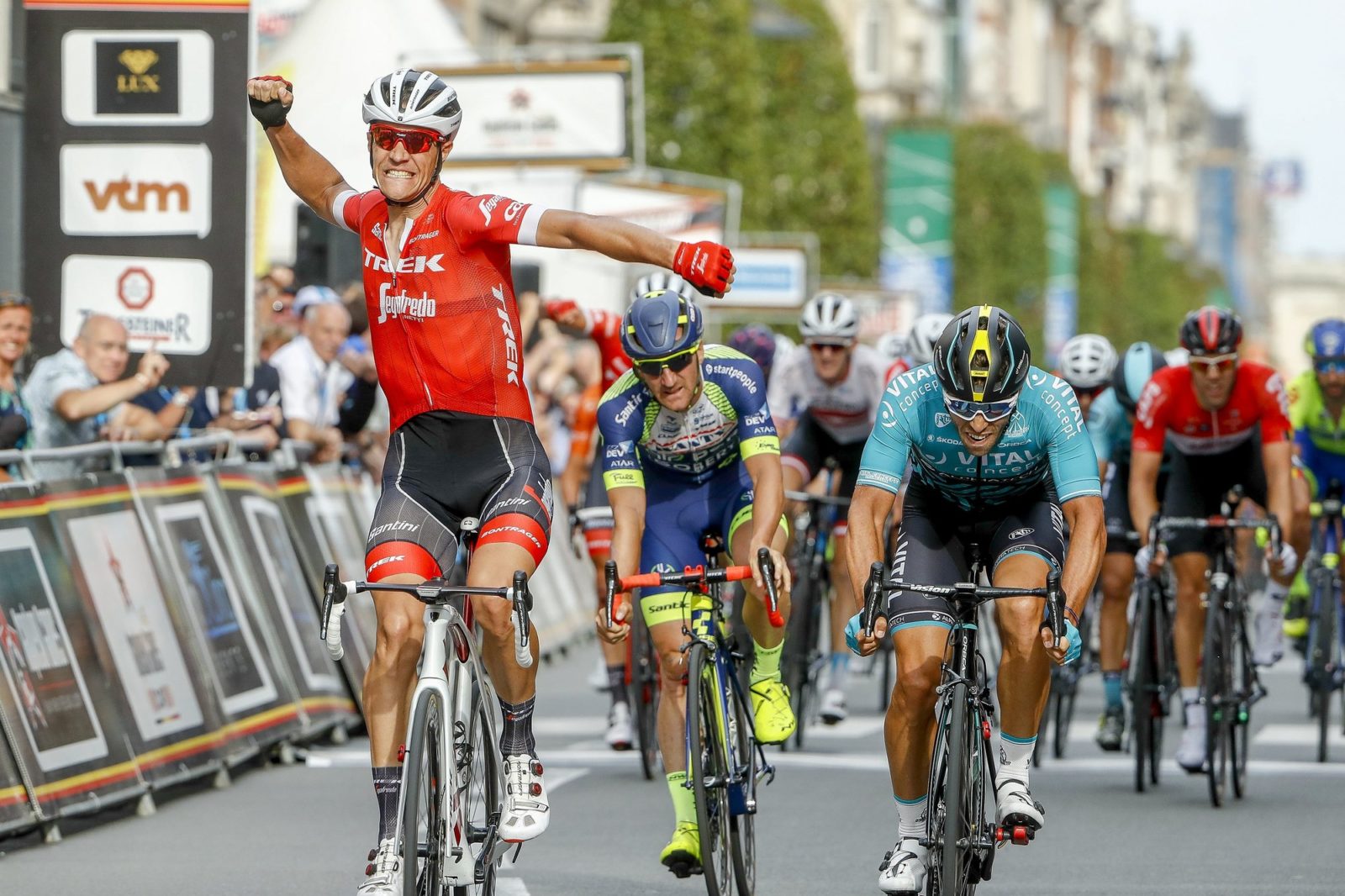 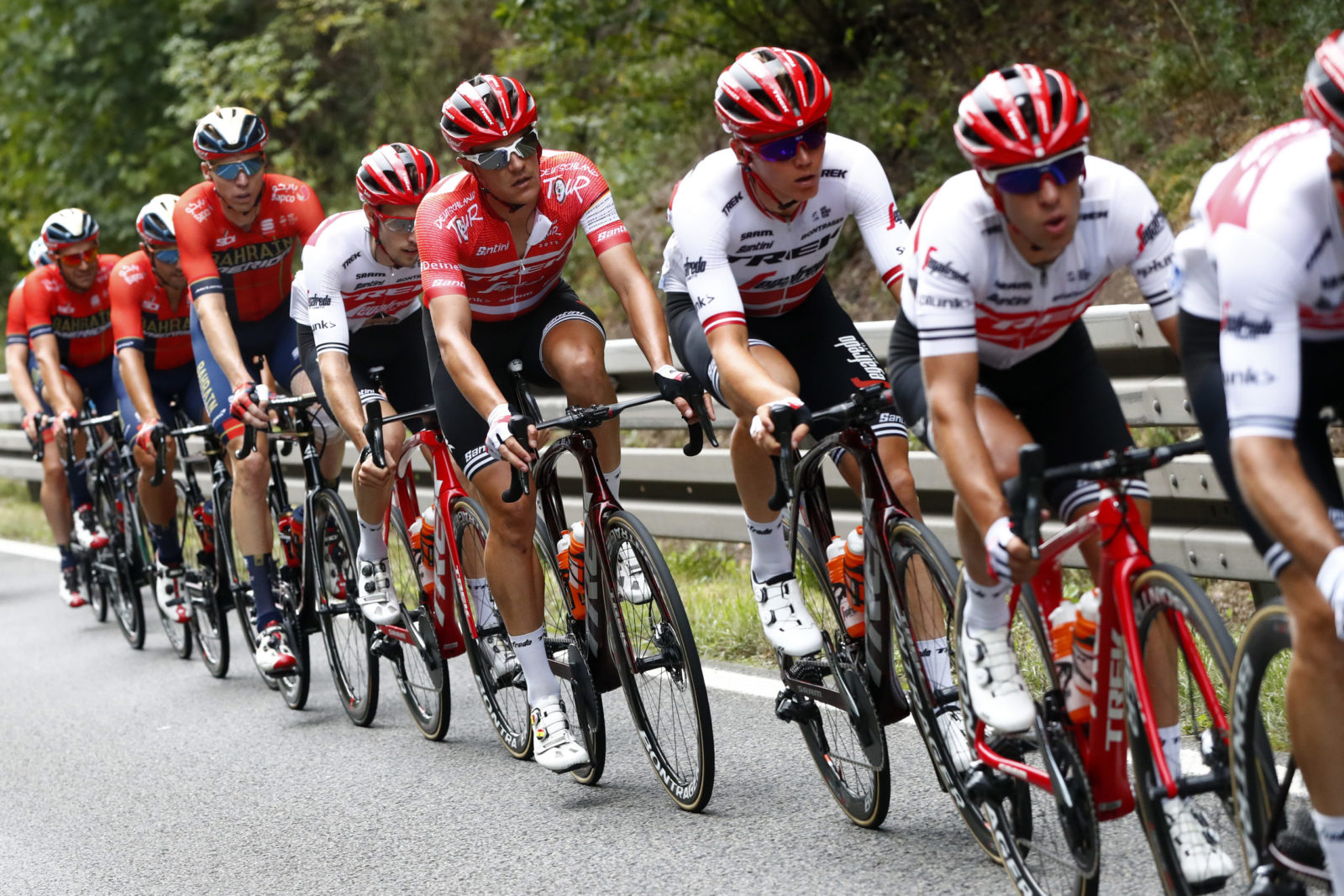 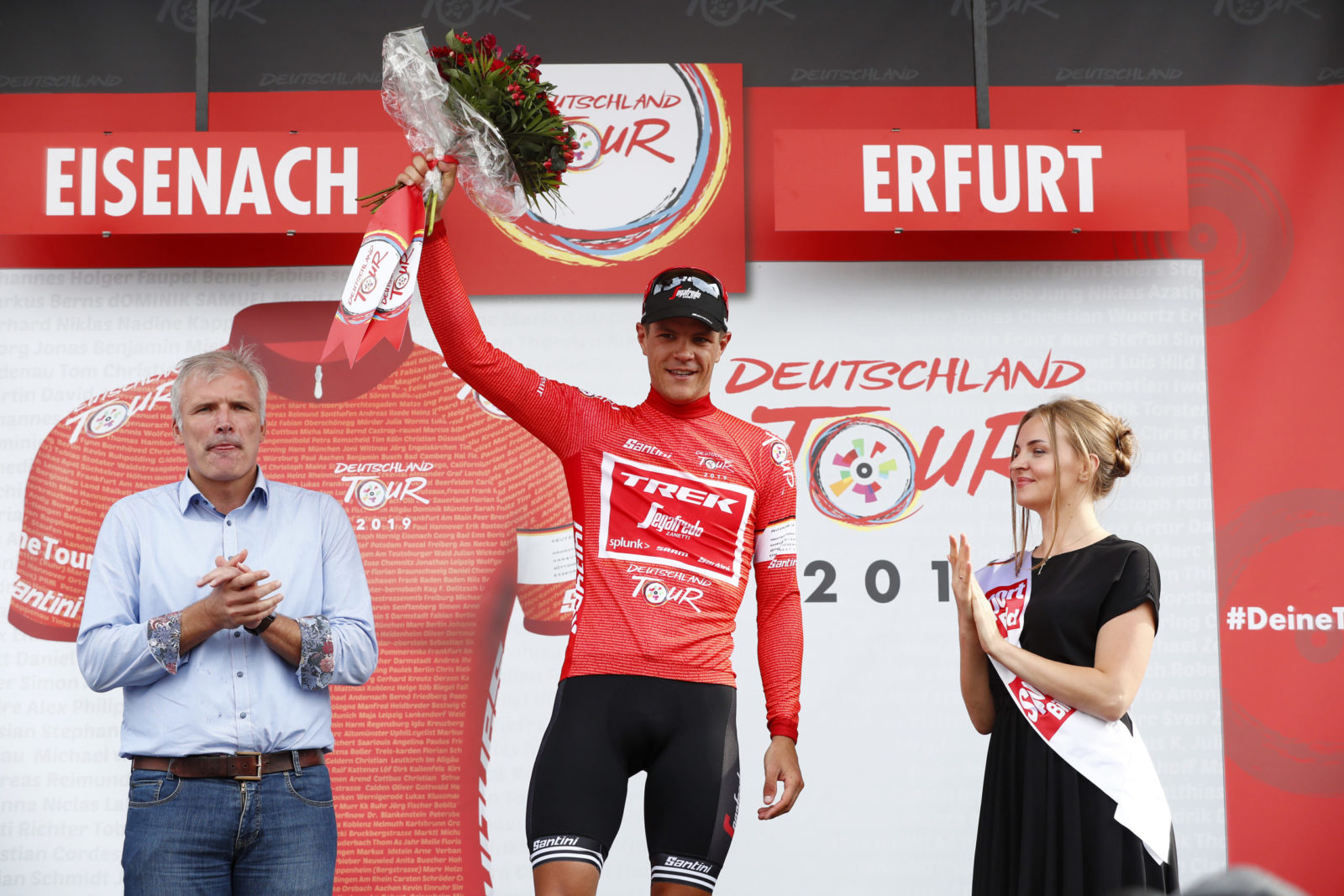 Jasper wins the GC at the Deutschland Tour, 2019 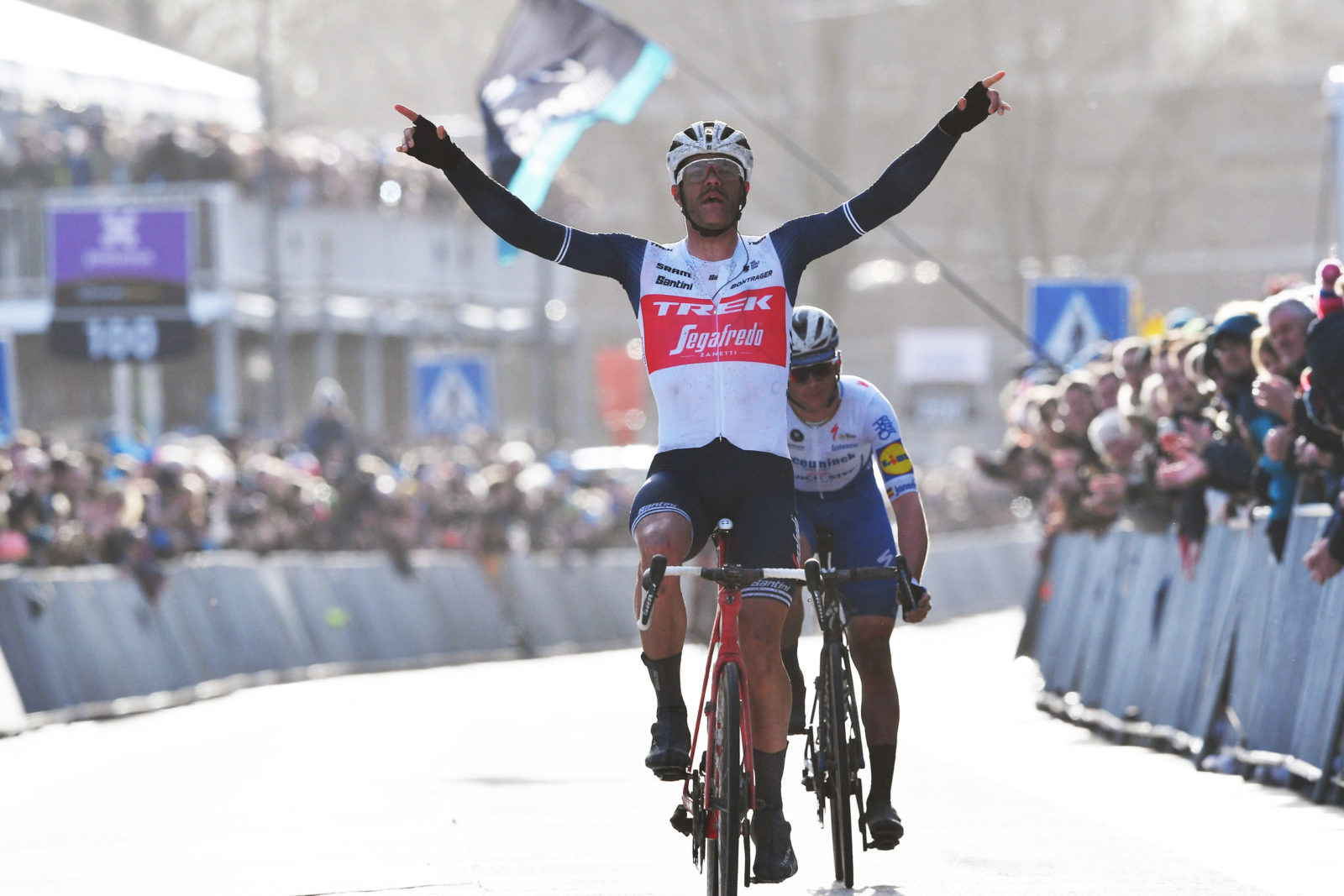 Stuyven is particularly fond of the current Classics group and explained that the atmosphere within the team made him all the more pleased to renew his contract.

“I’m really thrilled to continue racing with Trek-Segafredo because I feel at home in this team. We have a great group of riders and staff and we have a team that is 100% committed to each other. Here, we are not just colleagues but also friends on and off the bike.

“I have known Trek even before the launch of Trek Factory Racing, from back when I was on the development team. It’s nice to be the longest-serving Trek-Segafredo rider; I think that shows that I’m happy and at home, and I feel valued and respected in this team.” 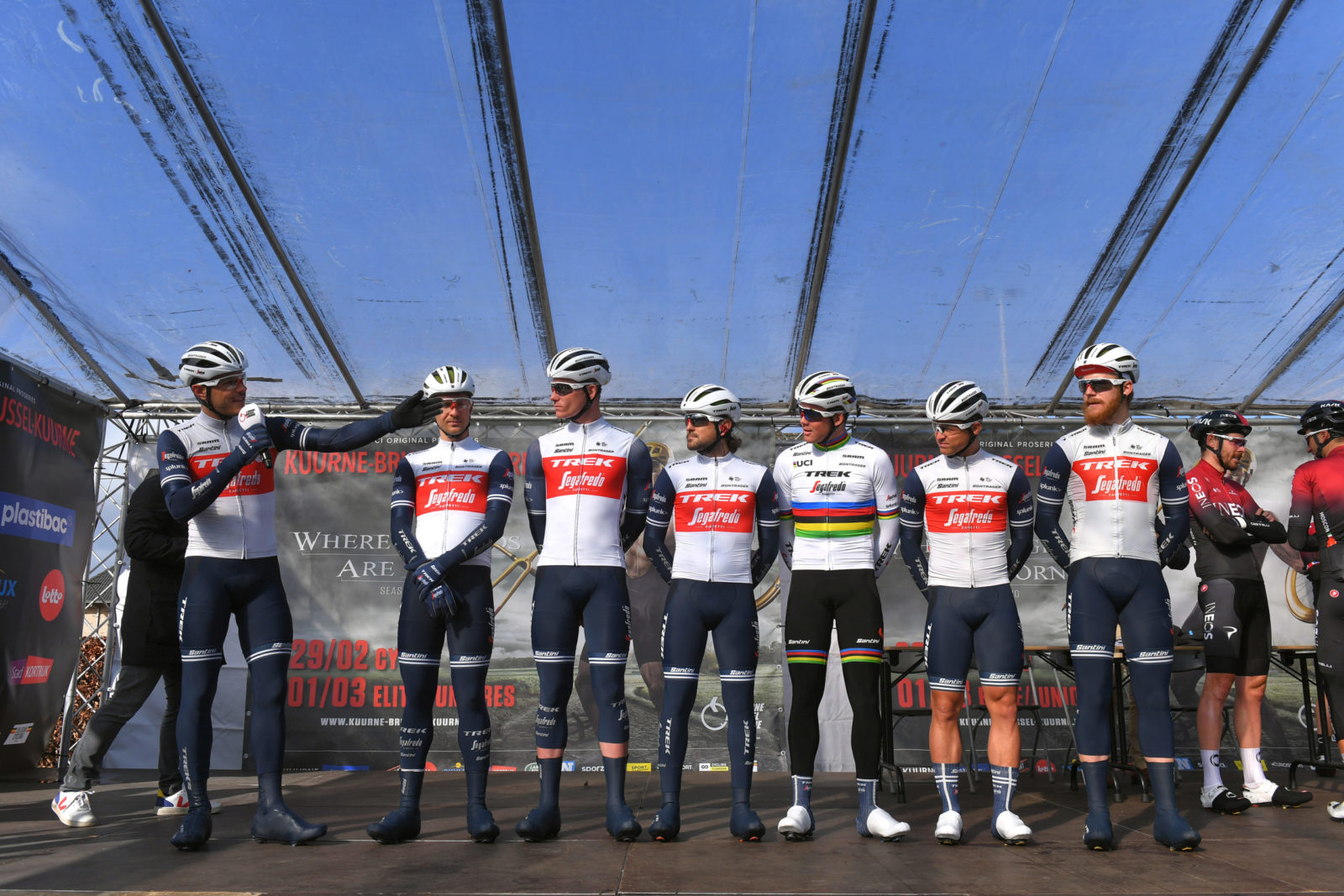 Trek-Segafredo General Manager Luca Guercilena was also pleased to see the relationship continue: “It’s rare to see a rider and a team stay together for so long – it’s seven years now that we have enjoyed with Jasper. We saw his potential from the start, so it’s particularly rewarding to have seen him develop both as a rider and a person. After a difficult spring last year, it’s especially satisfying to see Jasper step up and take a big Classics win already this season. Jasper has the qualities to win the biggest races, and we are confident we will enjoy more success with him when racing resumes.”

Stuyven’s goals for 2020 have not changed due to the interrupted season: success at the Classics and hunting stage wins at the Tour de Francewhile supporting Bauke Mollema and Richie Porte in their GC ambitions.

“I hope to resume this season where we left off and make some great results, especially with the Classics, but I also want to be competitive and chase wins in other big races,” Stuyven concluded.