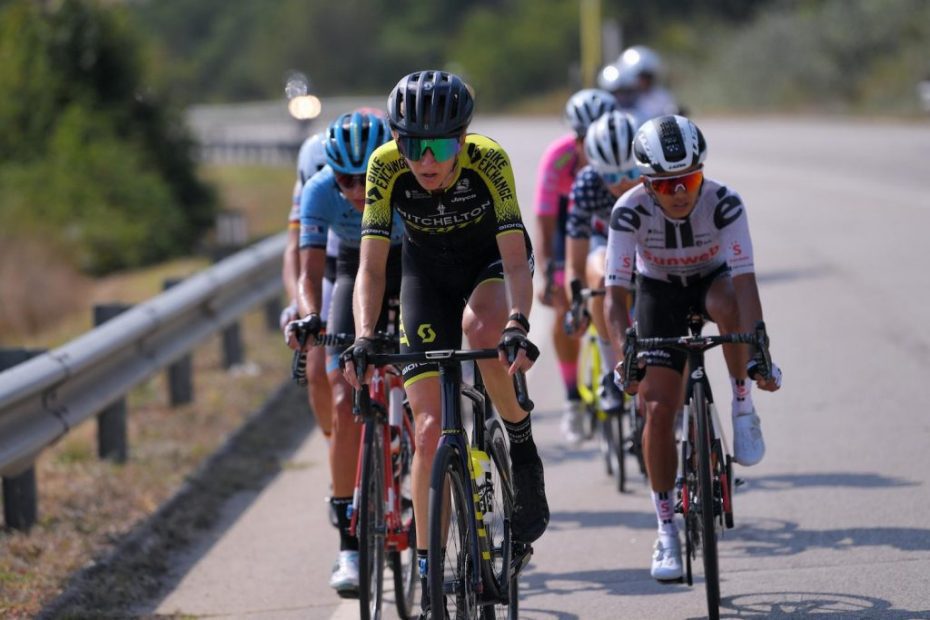 Two-time Herald Sun Tour winner Lucy Kennedy went on the attack and made it into the break of the day on stage eight of the Giro Rosa.

The 32-year-old forced a select group to go clear at the midway point of the race after some strong teamwork from her Mitchelton-SCOTT and eventually crossed the line in 15th place.

Uphill Start
It was fast start to the day as the peloton headed straight into a climb as they rolled out of Castelnuovo della Daunia for the 92km stage. A rapid descent followed by crosswinds then saw splits open up, with the race already in several pieces in the opening kilometres of the stage.

Australian Sarah Roy made it into the second group on the road before making contact with the leading pack, while Kennedy was 40-seconds adrift alongside teammates Grace Brown and Moniek Tenniglo.

Brown and Tenniglo then pushed the pace in the chasing group, teeing Kennedy up for the next climb as she bridged across to the leading bunch on the ascent with 55km to go. Kennedy then attacked over the top, drawing a group of riders with her to form a strong breakaway of nine riders.

No Escape
The attackers went onto open up a gap of around 45-seconds, but the gap never settled and it continued to rise and fall for the next 20-kilometres. The general classification contenders in the peloton behind eventually reeled in the select lead group and they soon began to attack each other on the ramps around the finish in San Marco la Catola .

Kennedy tried her best to cling on, but she was unable to follow the moves and rolled home in 15th, while Elisa Longo Borghini (Trek-Segafredo) took a two-up sprint for the stage victory.

Lucy Kennedy:
“What we feared, happened. We got dropped in the crosswinds, but Moniek and Grace are unbelievably strong and managed to help keep our group not too far behind, so once we started the long climb I pretty quickly bridged across to the front group.

“Then Alejandro said as soon as I reached that front group I should go immediately in a break, and I did that, I went straight around and off the front and a pretty strong group came with me.

“We were working well together and kept safe down the long descent, but unfortunately, we couldn’t get a big enough gap to stay away. That was pretty much the best opportunity for me for the stage, to be in the break and get a head start, but I just couldn’t go with them when they reached us at the base of the climb.”