Less than two weeks after Ben King came away from Spain with the polka dot jersey, Human Powered Health™ returns to the Valenciana region with its women’s team for the squad’s first race of 2022. Running from February 17 to 20, the Setmana Valenciana acts as an early-season form test ahead of the highly-anticipated Classics season.

Taking on the four-day race is a group of Women’s WorldTour riders raring to put their preparations into action. This first lineup of the year balances the team’s brightest climber-puncheurs with a wealth of experienced engines.

Also making the trip will be Junior World Championship silver medalist Kaia Schmid. Setmana Valenciana is the 19-year-olds first opportunity to showcase her talents in a UCI stage race against some of the best riders in the world.

As the only multi-day event for the women in February, the race has attracted a high-quality field including defending Valenciana winner Annemiek van Vleuten (Movistar Team) and current world champion Elisa Balsamo (Trek – Segafredo).

The key to success 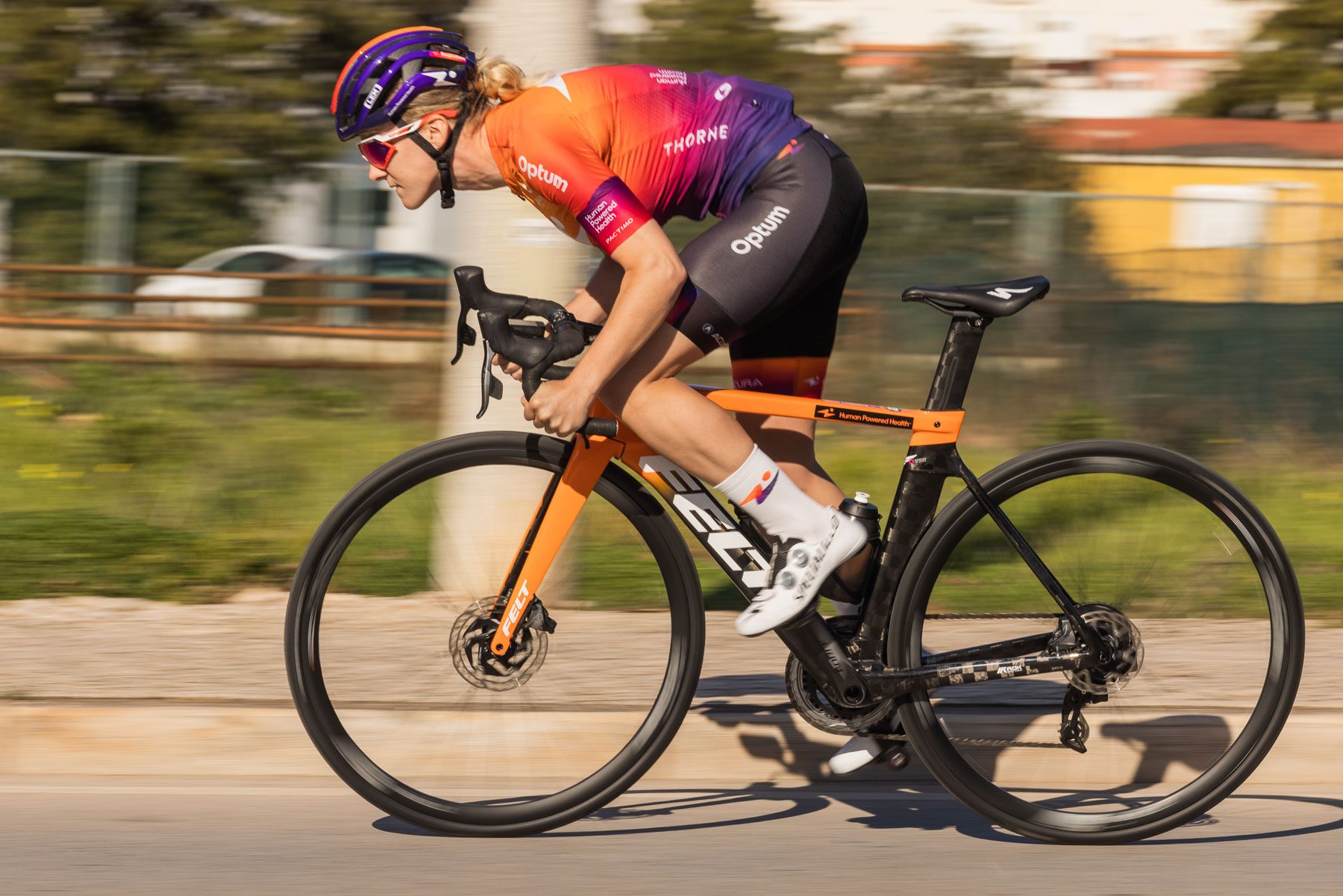 Marit Raaijmakers is one such rider who is looking forward to picking up where she left off at training camp in her debut race for Human Powered Health.

“Camp was good in many different ways,” Raaijmakers explains. “I’m glad to have met everyone and the area and weather were perfect for training. In fact, it was so good I stayed after team camp to train more there.”

Raaijmakers kept busy on two wheels in the lead up to the new season, complimenting her road training by racing on the track and the beach, winning silver in her national points race championships and bronze in the MTB Dutch National Beach Race.

“For me riding multiple disciplines is the key to success,” she explains. “Every discipline has its own ingredient that adds up to the perfect recipe. Racing is a way to push yourself to the limit in that, it’s like adding the last herbs to finish the dish.”

With these different types of cycling in her legs, the 22-year old from Hippolytushoef is excited to be back on the road.

“Valencia is my favorite race to start the season and I’m very curious to see what I am ‘worth’ in the peloton. It’s always a question for everyone after months of training. It’s our first race together and we need to find each other in that. I’m looking forward to discovering everybody’s strengths, and weaknesses, to find the best way to get those results.”

The view from the car 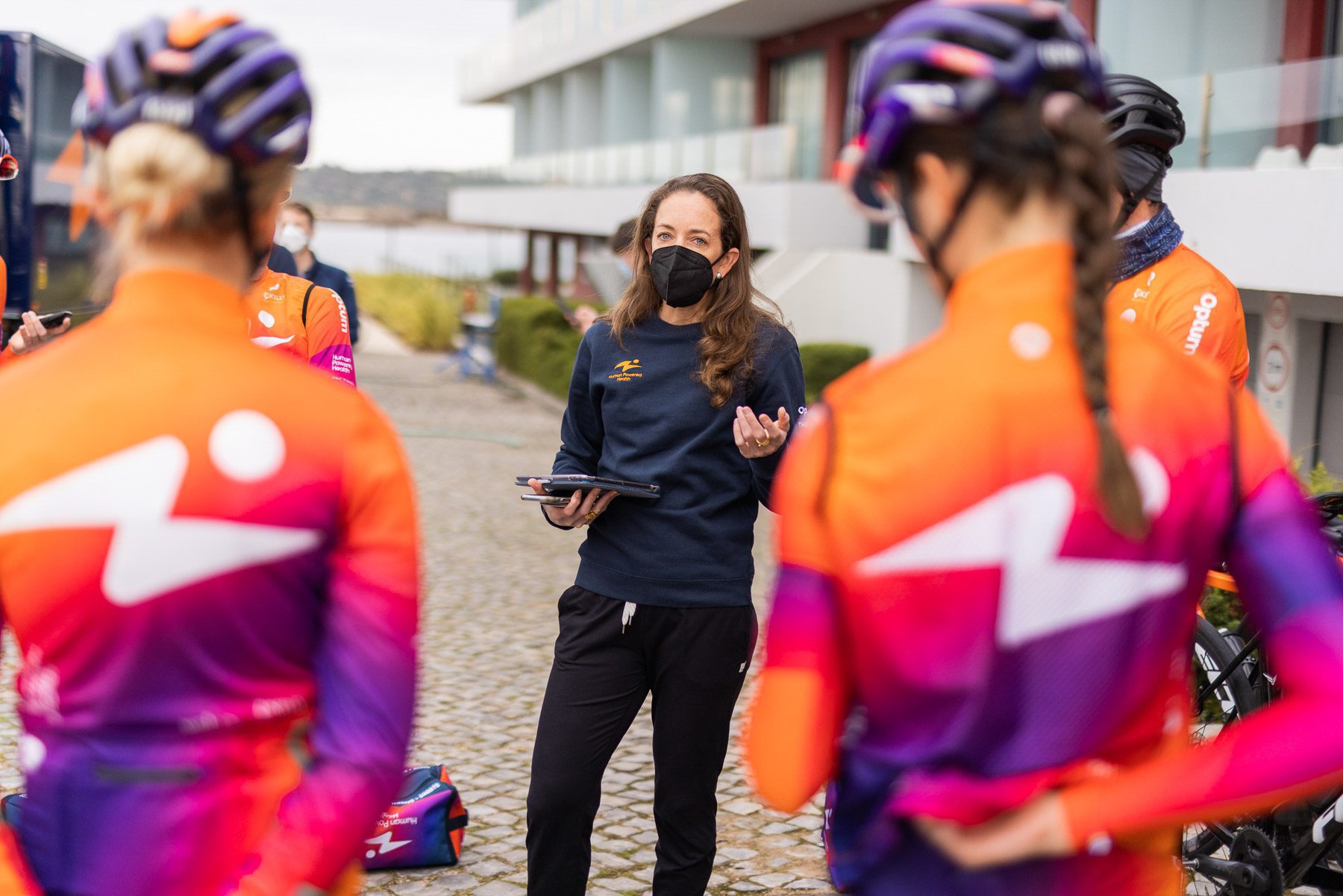 Team director Joanna Kiesanowski will be following the action in the car and is keen to get going.

“It’s the first big race of the season and it’s exciting to be a part of it with a lot of the best teams and riders in the world,” said Kiesanowski. “I saw at training camp that we have a dynamic group who ride together well.”

The New Zealander is looking forward to the challenges that come with directing a Women’s WorldTour team and is encouraged by the team make-up.

“It’s great having two talented under-23 riders in our squad for this race, along with riders who have raced here a few times, know the roads well and can give key tips to our first-timers,” Kiesanowksi explained.

Having eased into the season, the racing will then come thick and fast in March with a succession of European classics, including Strade Bianche, Tour of Drenthe, Classic Brugge-De Panne and Gent-Wevelgem, all of which have Women’s WorldTour status.

“The objectives will be to learn each rider’s strengths, build on them and then use them to the team’s advantage race-on-race.” 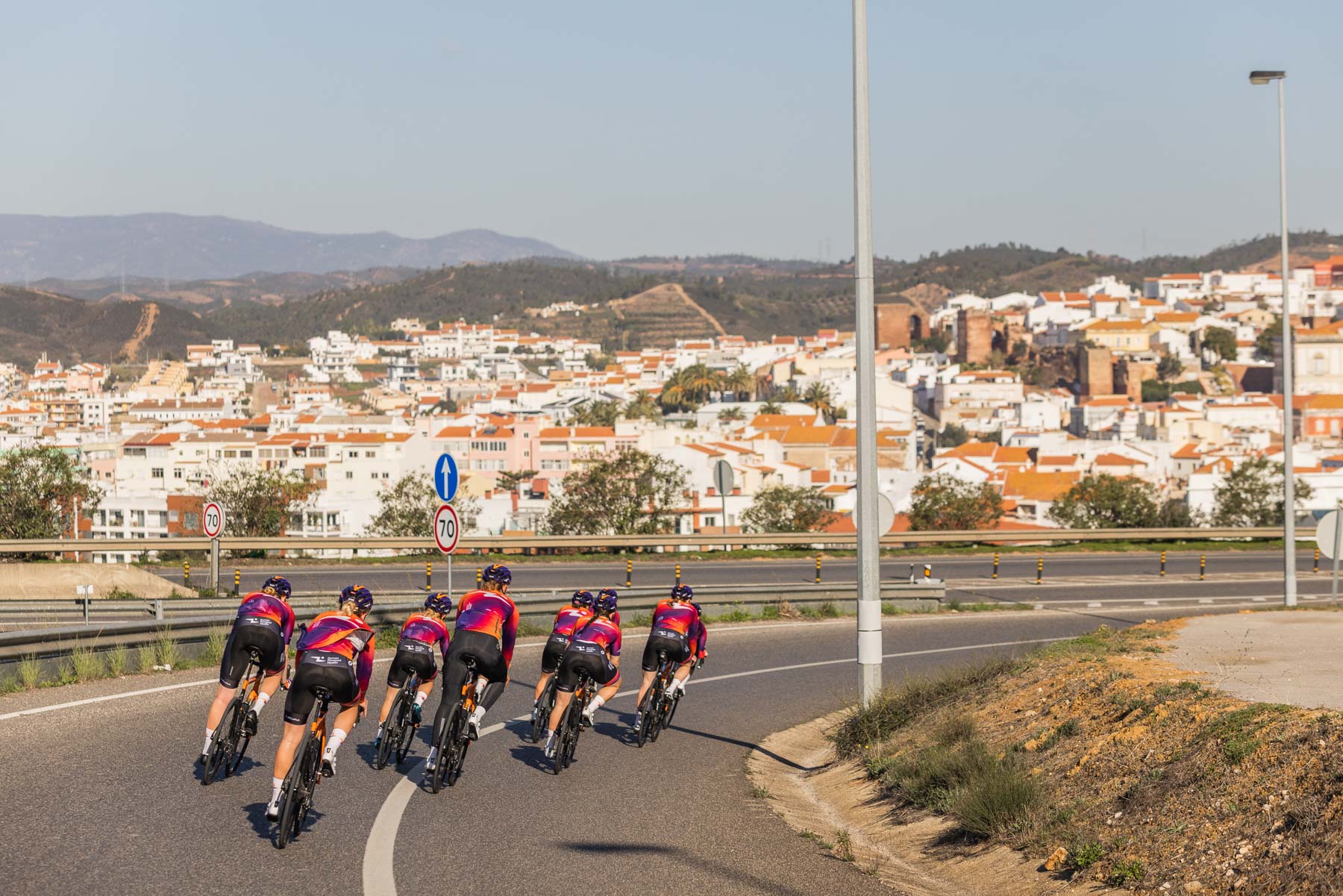 2/17 Stage 1 | Tavernes de la Valldigna – Ganda (114km) Hilly
With three climbs, the last topping out 14-kilometers from the finish, the opening day pulls no punches. That final test on the 5.9km Alto de Barx will reduce the size of the front group significantly before a speedy run-in.

2/18 Stage 2 | Altea – Cocentaina (117km) Rolling
There could be fireworks from the start of stage 2 with the race climbing gradually to the peak of the Alto de Confrides. The climb may create an early selection before the stage follows rolling roads to the finish.

2/19 Stage 3 | Vila-Real – Vistabella del Maestrat (135km) Mountainous
The toughest and longest stage of the week will have the climbers particularly excited. With the 12.3km Alto Collao, followed by a 6.9km climb to the finish, there’s a high chance that the overall winner will come to the fore on these two ascents.

2/20 Stage 4 | Sagunt – Valencia (118km) Intermediate
The final stage to Valencia looks the most likely to finish in a bunch sprint. The category 3 Alto del I’Ornet with 20km to go could shed some heavy-legged riders but possibly comes too far from the finish for a stage-winning breakaway to stick. 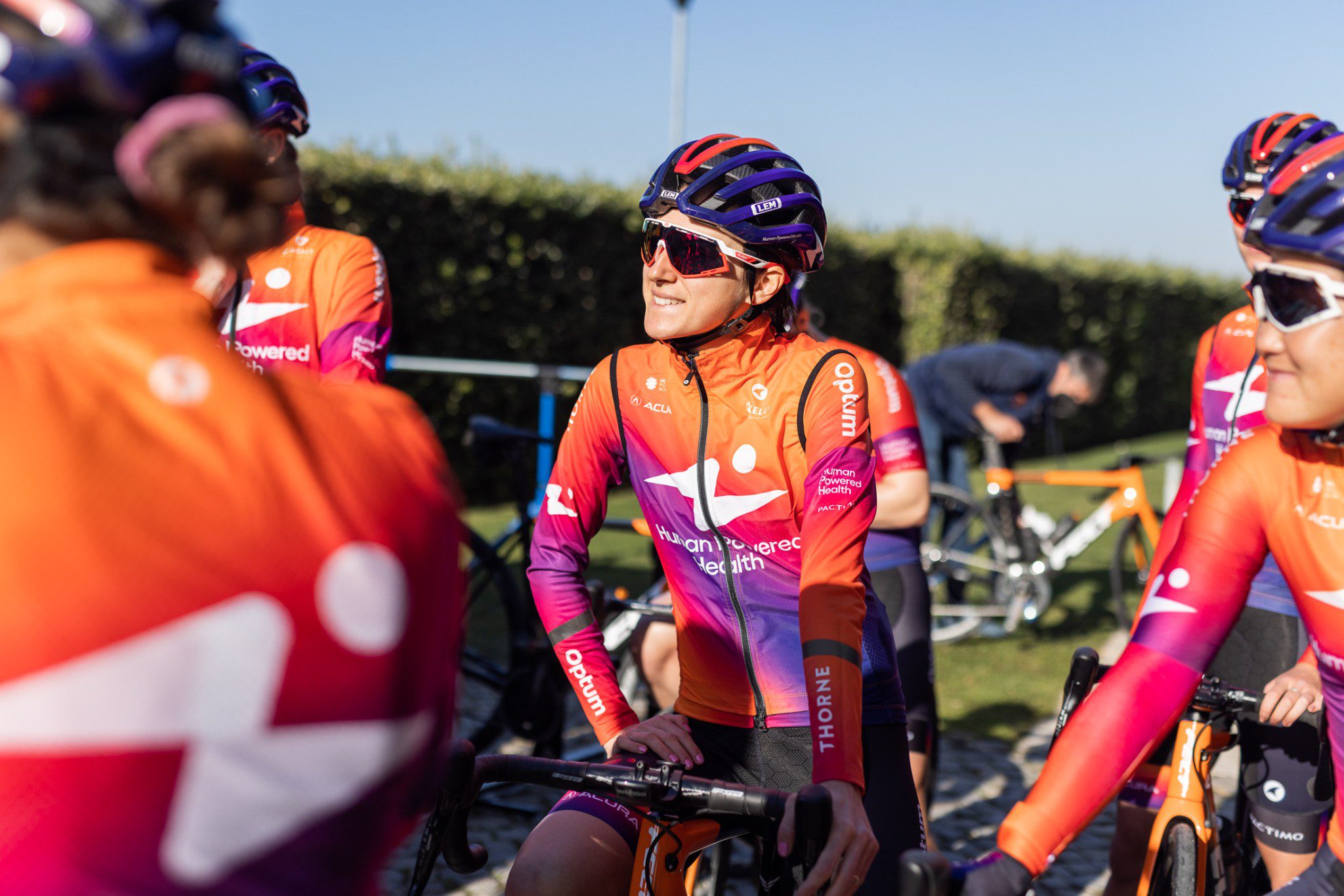 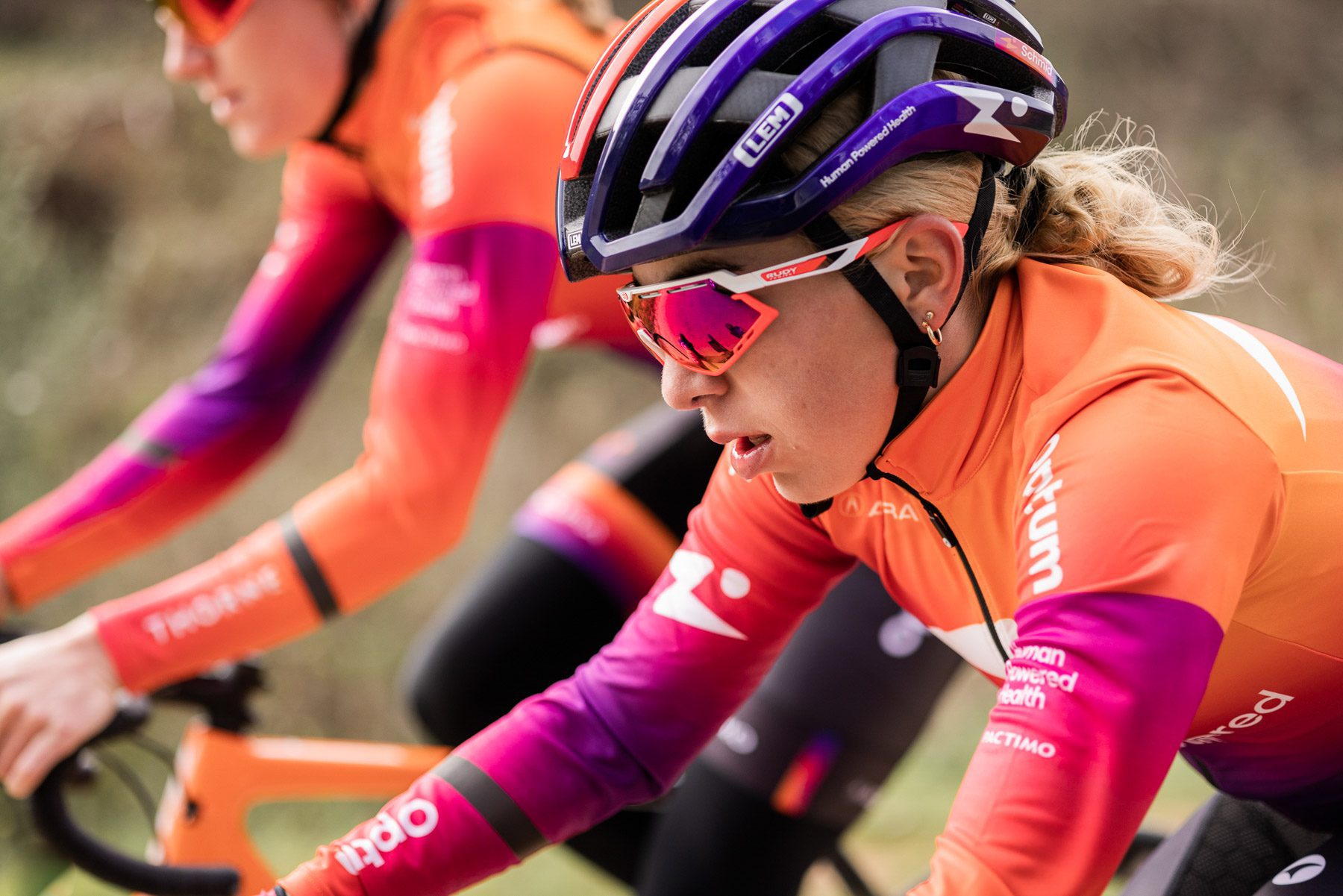 19-year-old Kaia Schmid will be amongst some of the world’s best in this, her first elite UCI stage race.

How to watch
The Setmana Valenciana will not be viewable on any of the mainstream platforms but the team will share local television links as they become available. Keep an eye on our social media when the racing begins for alternative options.