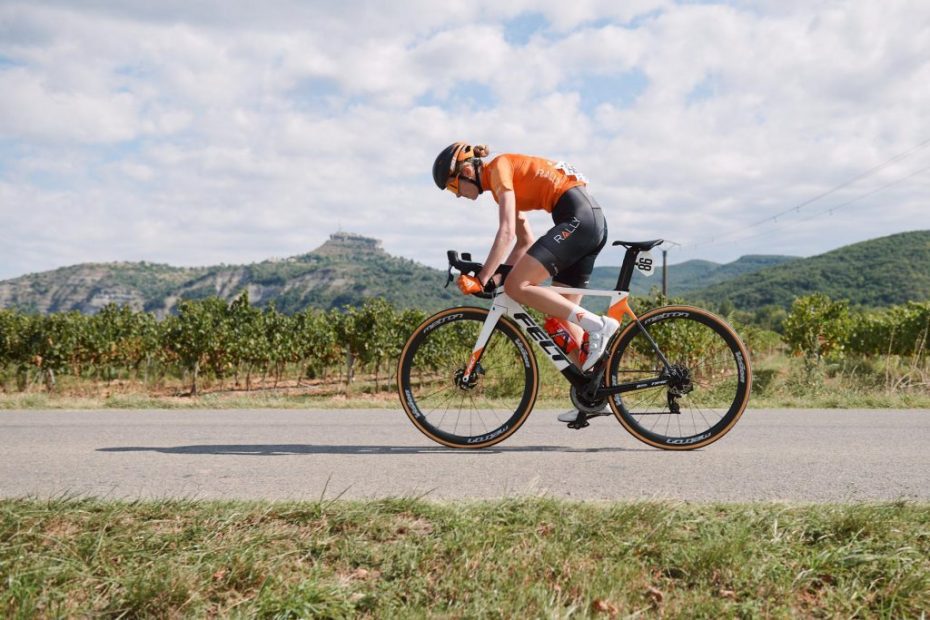 Crosswinds laid waste to the peloton on stage five of the Tour de L’Ardèche and Rally Cycling emerged from the ensuing chaos with a stage win and a podium, an improved general classification position, and a leader’s jersey in the ‘rush’ intermediate sprints classification.

From the opening kilometre, the race was blown to pieces and the team was able to get both Emma White and Chloe Hosking into the 12-strong front group. Leigh Ann Ganzar was waiting in the bunch and preserving energy, and when the majority of that lead group was inside the final hour of racing she had enough left in the legs to bridge to the final remaining pair off the front, Nicole Steigenga (Doltcini – Van Eyck Sport), and Lauren Stephens (Team TIBCO – SVB).

“During the bridge, I knew when I made it across that Lauren would be really motivated by GC to work to the line,” said Ganzar. “I’d had a relatively easy day in the bunch compared to the two who had been in the break all day, so I knew I had fresher legs.”

Ganzar during her successful bridge effort to the lead duo.

Ganzar leads through one of the many mountain tunnels.

Steigenga couldn’t hang with the pace and was gapped on the final categorized climb of the day, leaving the fast-finishing Ganzar in a head-to-head contest for stage glory.

“It feels amazing to win for the team,” she said. “We have been working really well together all week so having two of us on the podium today, plus Emma in the rush jersey is such a great way to reward the team and the staff for so much hard work.”

The moment Ganzar’s first European win began to sink in.

Hosking was ecstatic crossing the line knowing Ganzar had bagged the stage win.

Ganzar celebrates with Hosking after crossing the finish line.

Team director, Joanne Kiesanowski emphasized the huge effort made by the team this week at Ardèche.

“Leigh Ann knew had four teammates to back her up in the fractured peloton so she knew she could go all in for the win. It was great to see the team’s hard efforts over the past few stages pay off in a big way today. ”

Sara Poidevin was among those four finishing in the group behind and climbs two places on GC up to seventh, while Emma White’s reign at the top of the ‘rush’ intermediate sprints classification continues into stage six. The American Olympic track star won all three intermediate sprints today, all but assuring herself of taking the jersey into Beauchastel on Wednesday when the race concludes.

Tomorrow is the final hilly stage of the race, a lumpy 138km from Valréas to Rochemaure. With a category 1 climb placed at 23 kilometers from the finish, it represents the last opportunity for major changes on GC.