Fresh start for former World Champ after an illness-blighted spring

The start of 2021 didn’t go to plan for Lizzie Deignan. Sickness ahead of Opening Weekend and again before the Ardennes Classics, where Deignan won Liège-Bastogne-Liège last year, derailed an otherwise solid preparation, and at this level you need to be at your A-game.

“The first half of my season was really disappointing,” admits Deignan. “It was really bad luck to get sick when I did after a really consistent winter. Things like not going home for Christmas, like I normally do, meant I had a really good, consistent winter block of training so I was expecting to be able to do some good things in spring. I got sick before Opening Weekend and it never really got going. It was disappointing but it’s one of those things.”

After a difficult opener at Omloop Het Nieuwsblad (Jojo Harper)

So what do you do when you’re ill, forced to miss your big targets? You take a break, and rebuild towards the next goals.

“I normally ride my season through to the Tour of Yorkshire at the beginning of May and then have a little break. This year, unfortunately my break was when I was sick, so I’ve just been training since the beginning of May. The weather in Monaco has been great, so I can’t complain, it’s been nice to train under the sun.

“I’ve been ticking away, hoping to have rebuilt a bit form and hoping that Thüringen goes well. I’ve done a lot of training this year. Seeing as I got sick so often in the spring it feels like I’ve hardly raced, so it will be nice to actually be on the start-line again and a stage race is always nice to re-find that race rhythm.” 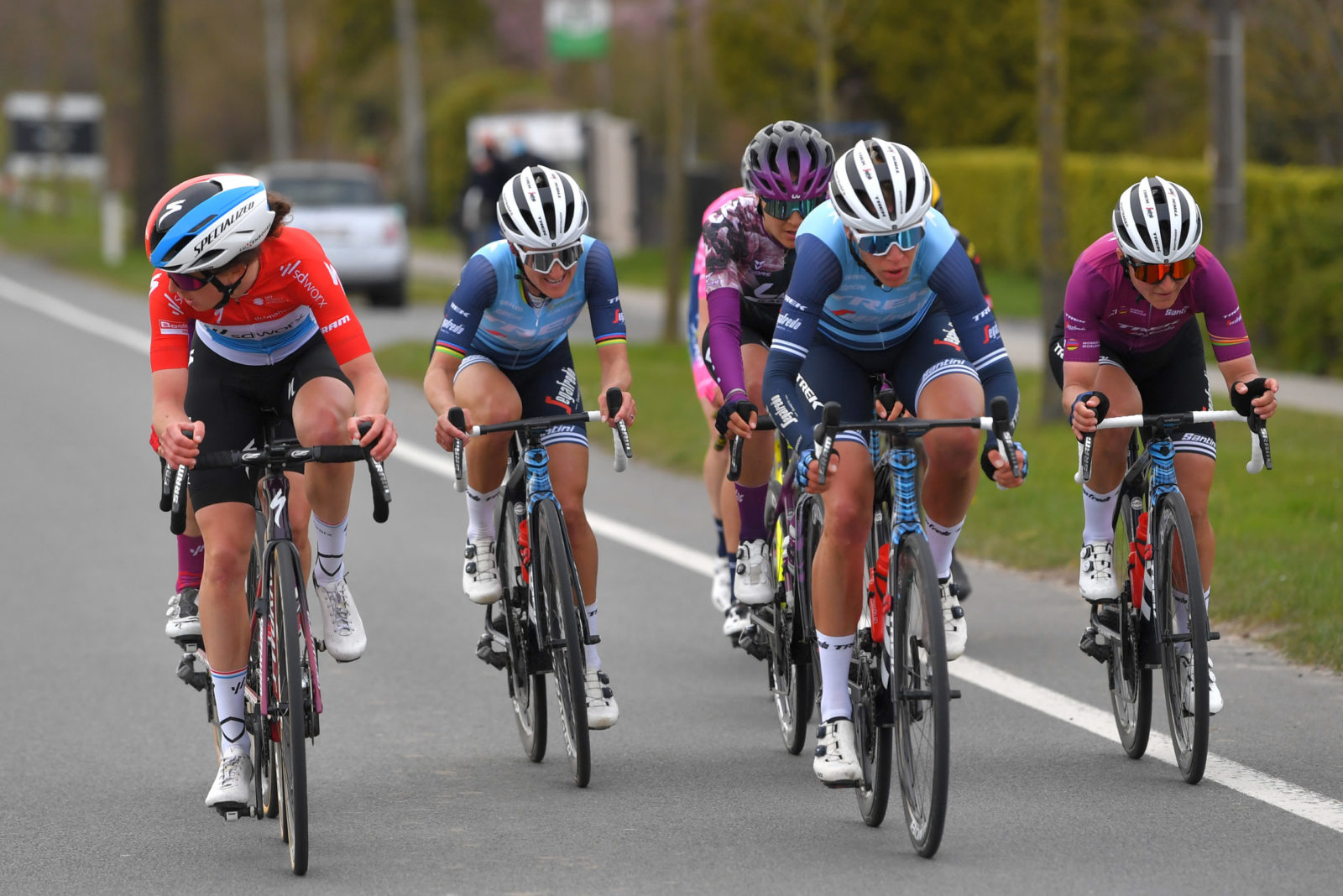 Lizzie, Ellen and Elisa on the attack at Gent-Wevelgem. (Getty)

Despite Lizzie’s struggles in the early season, we were still able to build up a series of top results which left Elisa Longo Borghini leading the UCI WWT classification for most of spring, plus a nail-biting win for USA champ Ruth Winder.

“It was nice to see Elisa perform really well through the first half of the season. She had a phenomenal spring, but in a way that made it even harder for me to not be there to support her, because for her to be able to pull off a big win she could use some back-up in the final to be able to play the game. Watching some of those races I was thinking ‘Ah, if only I were there to help her,’ but it was still pretty cool to see. Also, Ruth stepped up big time and had a really good spring.

“We’re racing Thüringen with just five because we’ve had a team racing a big block in Spain. It’s about getting back into racing for me and Ellen. There’s not much pressure for a result, it’s just about focussing on the next goals. I’m here to get an overload week of training, but obviously I’m the kind of racer who will take an opportunity if it’s there.”