After recent setbacks due to illness and crashes, Deignan fought back through the Breton rain to claim her first victory of the year at the Women’s World Tour classic.

A combination of a rolling course, constant drizzle and a fast pace created a high rate of attrition, as many riders fell out of contention throughout the 101-kilometre race. Many teams were keen to make the race hard, including Trek-Segafredo. Trixi Worrack, Ruth Winder and Tayler Wiles all pushed the pace and launched attacks whilst Anna Plichta worked to make sure the Team didn’t miss any moves. Elisa Longo Borghini and Lizzie Deignan kept their powder dry, patiently waiting to make their move. 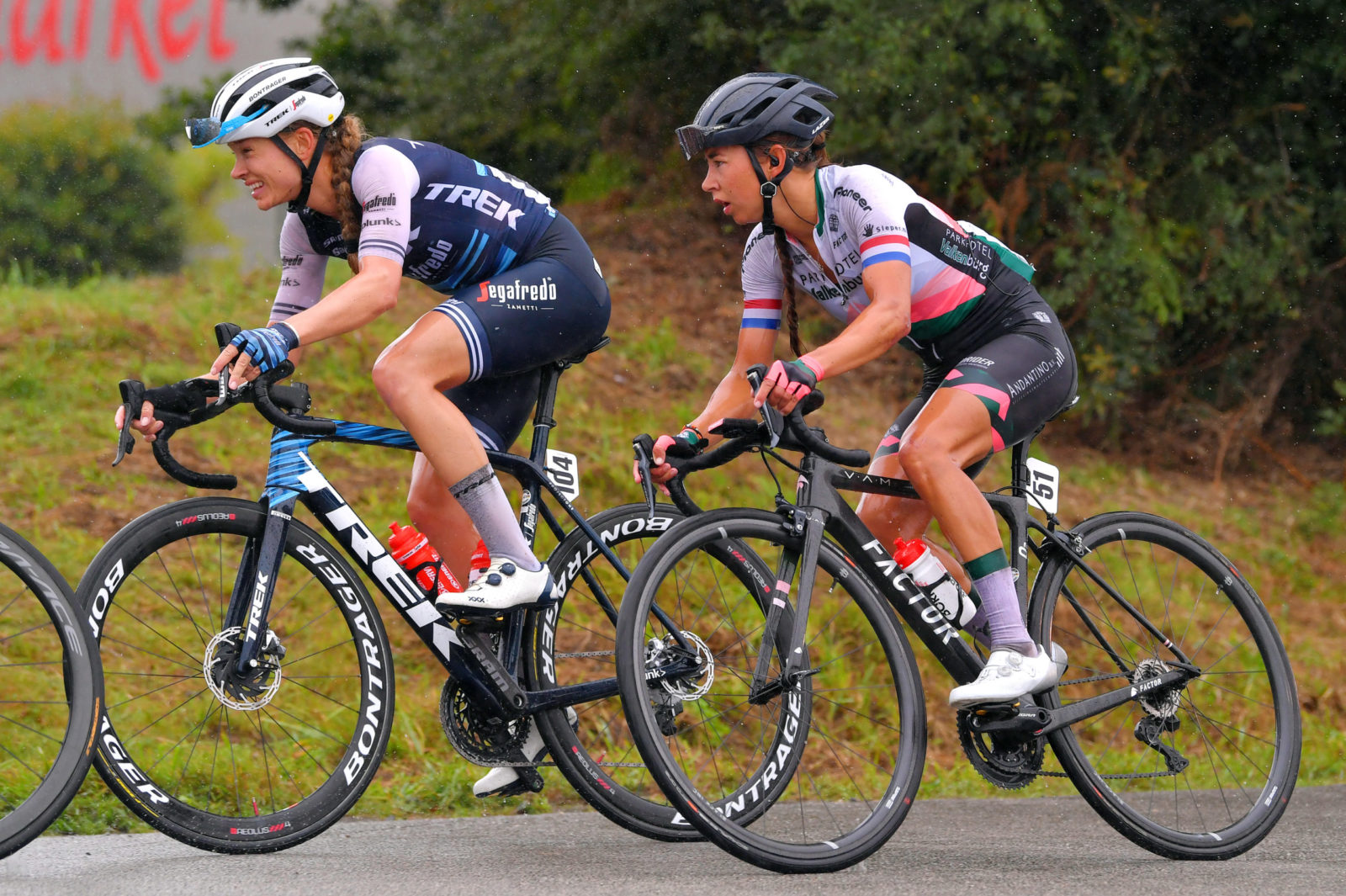 Deignan bridged across to an attack from compatriot Lizzy Banks (Equipe Paule Ka) with 32 kilometres to go. The British duo worked well together over the rain-soaked course as a strong chase group formed behind, including the ever-present threat of Annemiek van Vleuten. Longo Borghini was always alert to the danger and diligently followed repeated attacks from the world champion. Eventually, the pursuit behind stalled as Longo Borghini ran interference and the other members of the group were unable to form a consistent and cohesive chase. 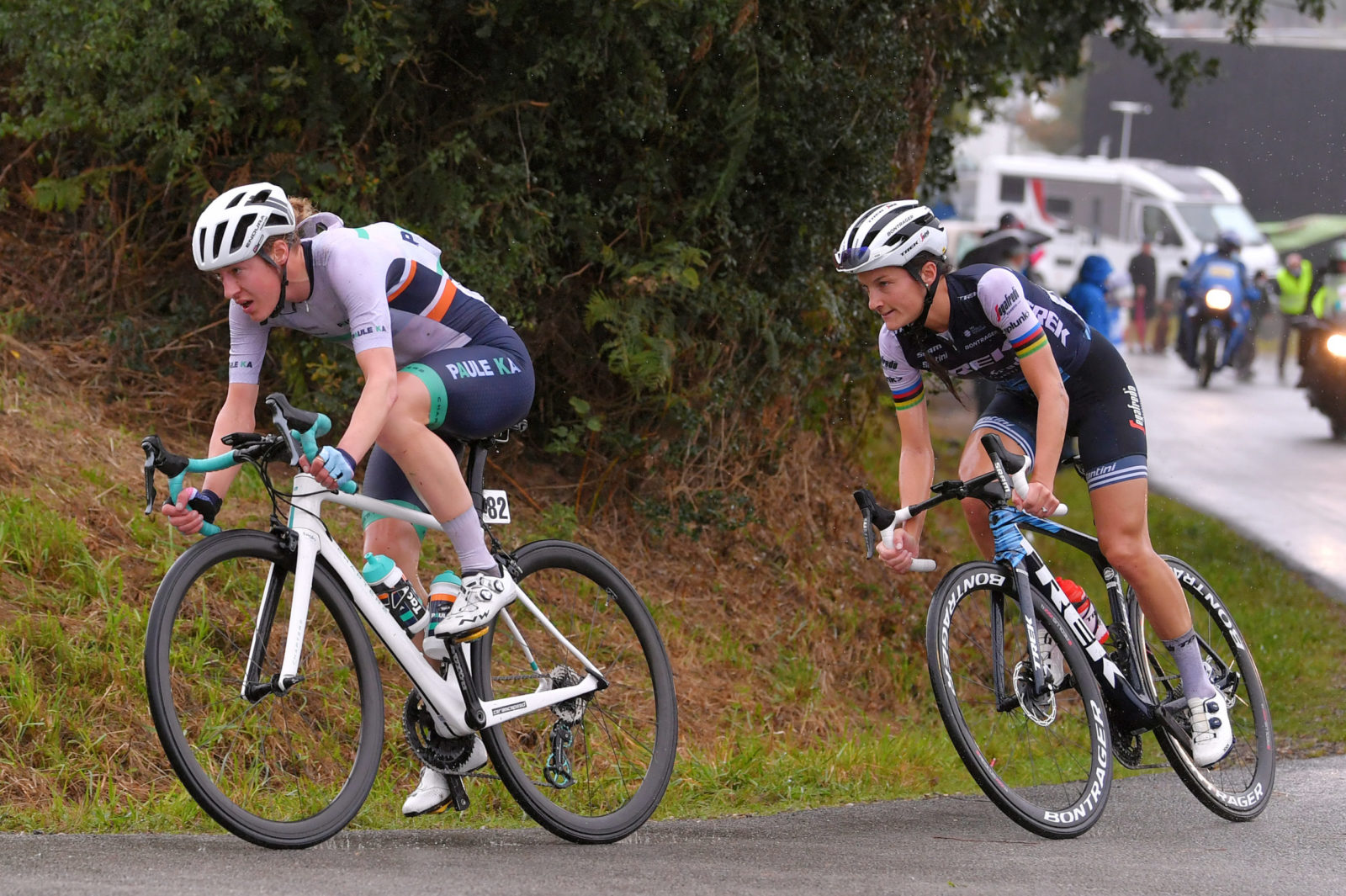 The time gap to the two Lizzies surged after the momentum was lost behind. With five kilometres left to race their lead was unassailable, leading to a two-up sprint between the two Brits. Deignan shot past Banks to comfortably win the jump for the line, taking her win tally at this race to three (2015, 2017, 2020); thereby making Deignan the most successful rider in the GP Plouay’s 19-year history. 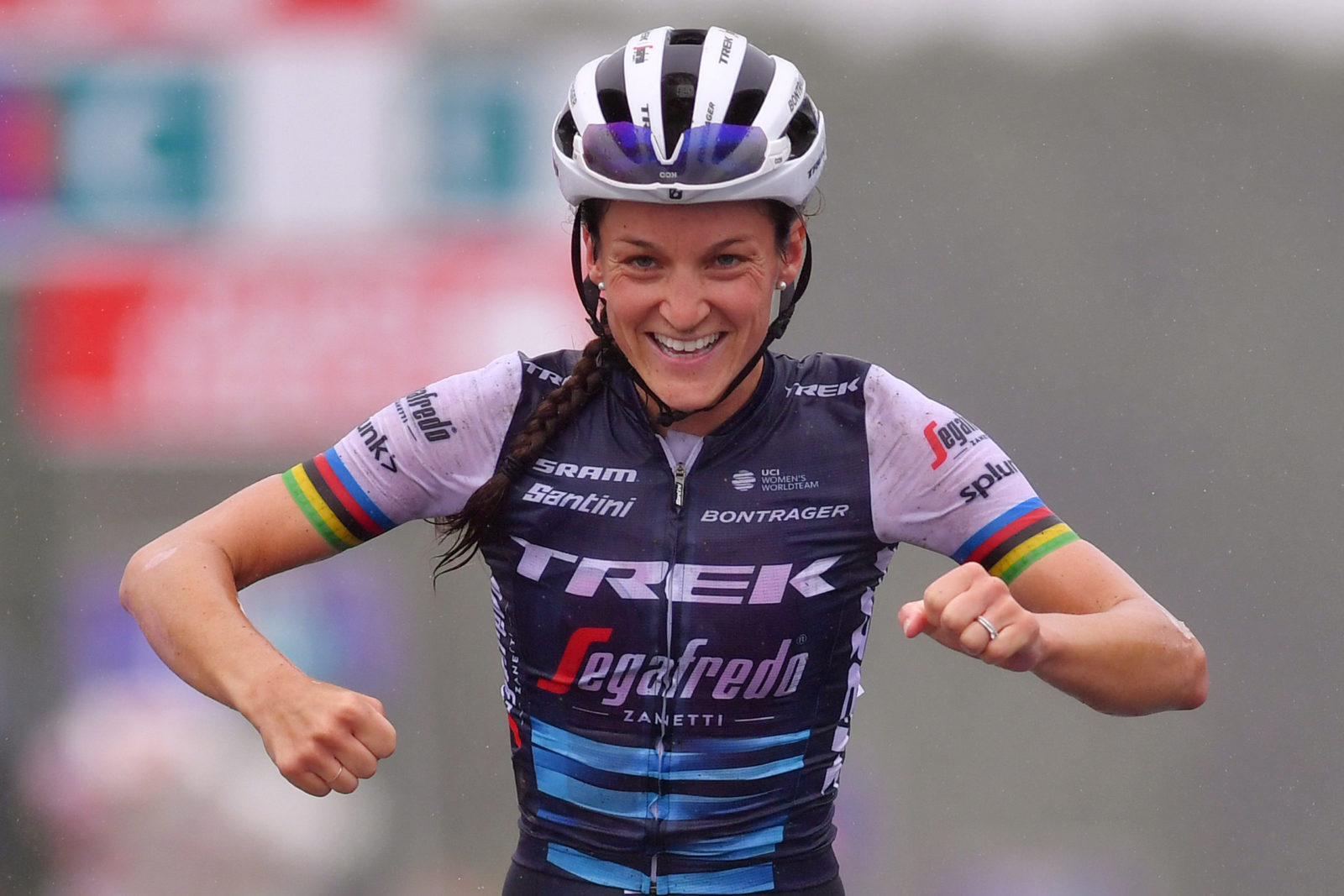 “I’m delighted, it’s been a difficult season for everybody so far and we’ve had a lot of bad luck in the first few races. It’s been clear to me that we’ve had the strongest team in all the races and finally the luck was on our side. We had the numbers and used that advantage early. I attacked off the back of some attacks from the other girls, and I was able to get some space and I knew the rest of the team was backing me up behind. All I had to do was put my head down and try to get to the finish line first, and we did, so I’m really happy. Plouay is a really nice race and I always seem to do well here. The rain came which was an extra bonus for me, finally no more sweating in the heat for me! I’m really, really happy and grateful to the whole team for their effort,” reflected Deignan. 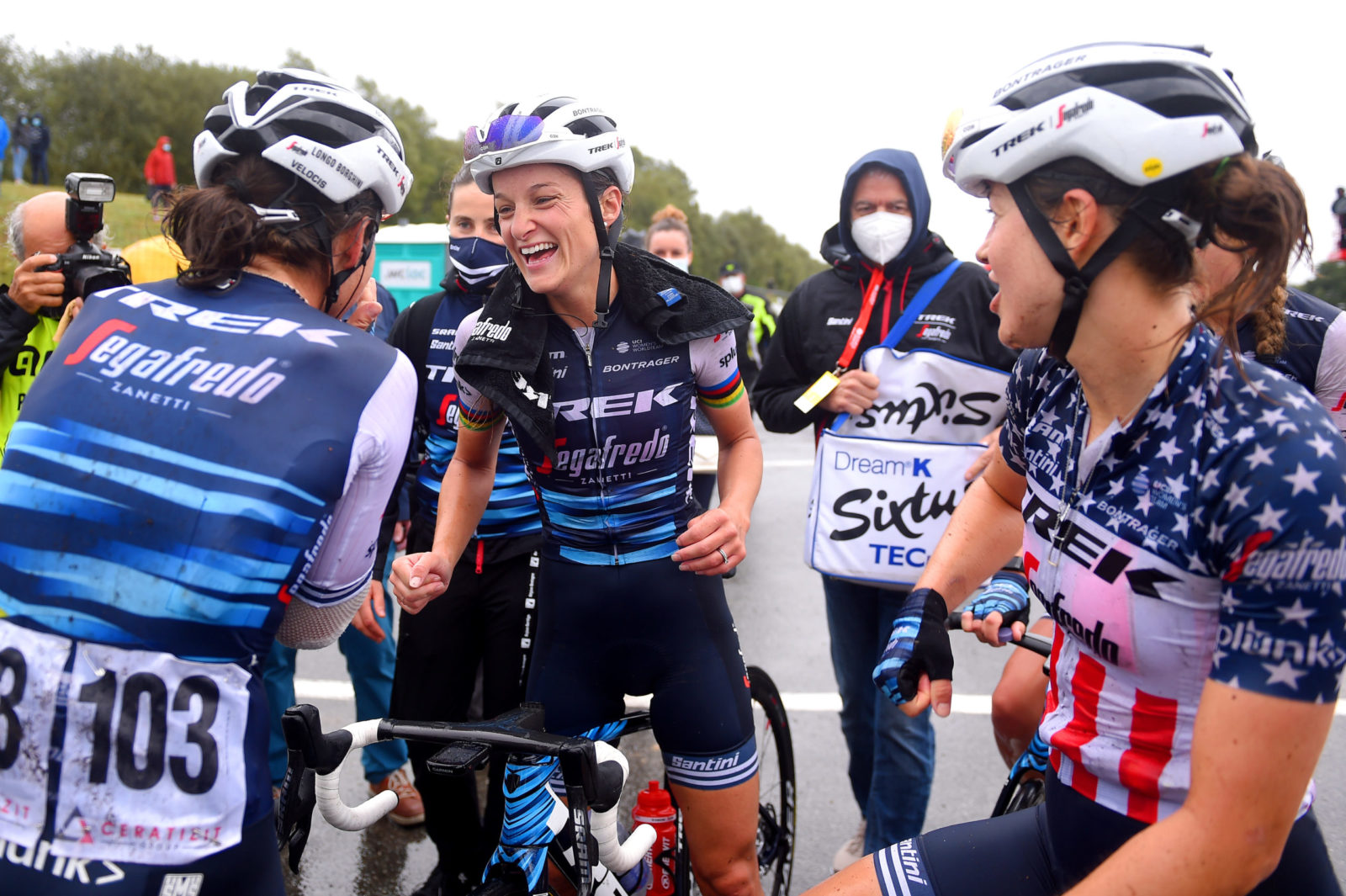 “This was awesome, we really needed this for the mental part. We had a plan that we had to re-adjust because of how the race went. The girls really went for it and tried to take control of the race. It was a really long-ranged attack and we didn’t know if this would work for Lizzie, but Elisa was always on top of the moves and ready to react when necessary. It was great that Lizzie could ride this into the finish with Lizzy Banks and take the win. It was really nice to win after the bad luck with crashes in the last two races, so it’s great for the morale of the team,” said DS Ina-Yoko Teutenberg. 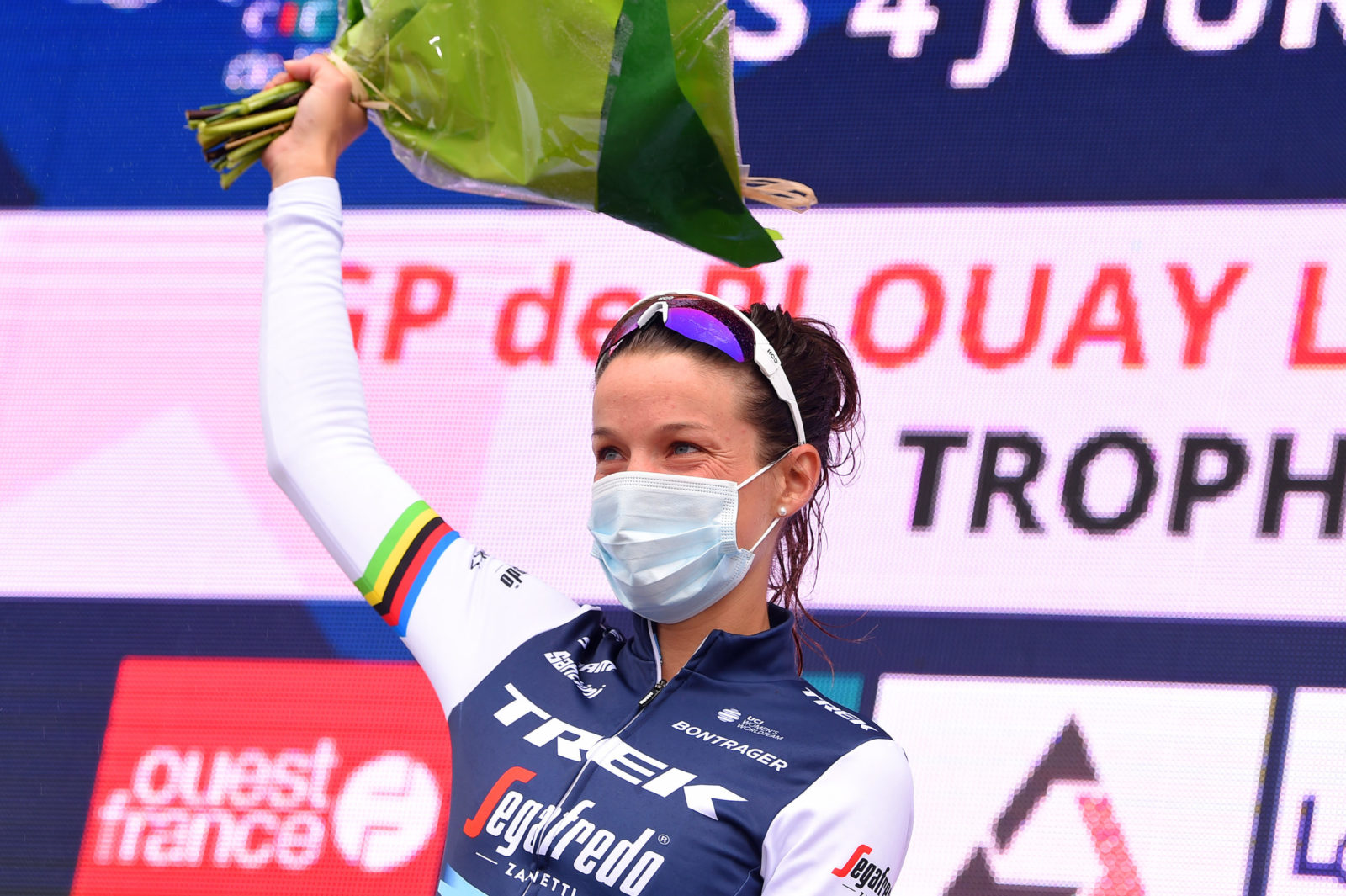