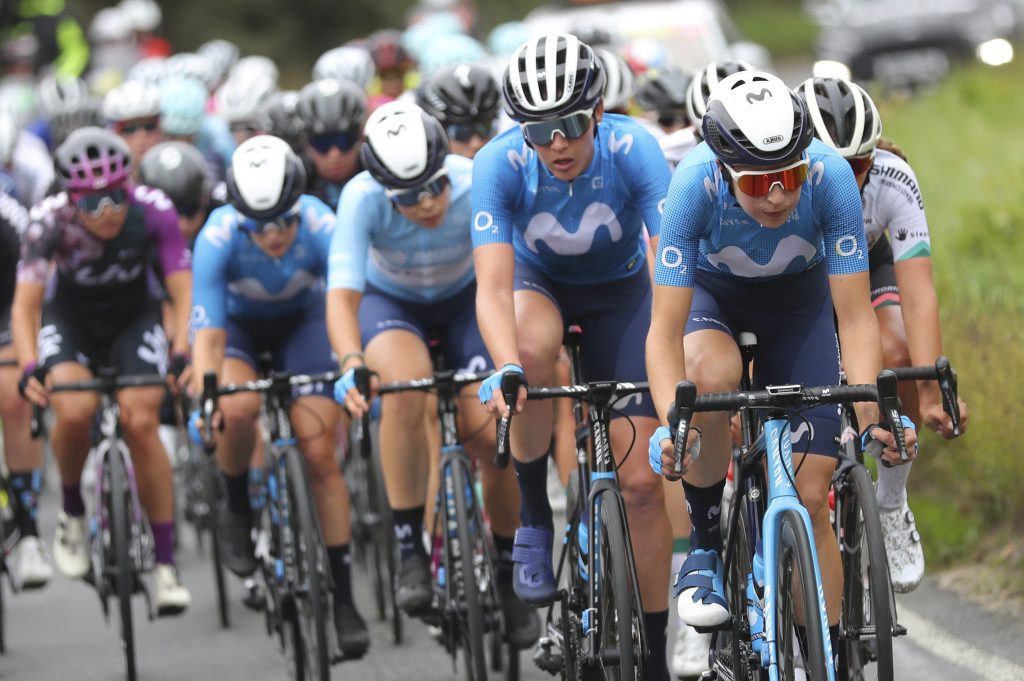 Unsurprisingly, Annemiek van Vleuten was the main focus of the team. She took the bulk of the team’s wins, including the Tour of Flanders and GC wins in Norway and the Ceratizit Challenge. Emma Norsgaard delivered on her promise with a breakout season. It took until May for her to get her first win but she’d been a regular in the top-10 all Spring. Climbing lieutenants Leah Thomas and Katrine Aalerud also chipped in with strong results, with Aude Biannic and Jelena Eric doing well in the flatter races.

As a team, 2021 saw Movistar make huge gains and rises in the final rankings. The internationalisation of the roster has helped contribute to this and they’re now capable of regularly winning races throughout the season.

Annemiek van Vleuten will continue to be a major force in the women’s peloton but the Movistar team has been strengthened this off-season. Arlenis Sierra will get her first chance on a major team and it should be exciting to see if that results in more top results for her. New signing Sarah Gigante had a tough 2021 but if she delivers on her promise, she has the potential to be the heir to Van Vleuten.

Emma Norsgaard will want to continue her 2021 form into 2022. She won’t be alone in this but if she can start to challenge Wiebes more in sprints and take more major victories, that will be great progress.

Jelena Eric quietly had a good season in 2021 and will continue to get sprints in less high-profile races. I’m expecting Sara Martin to push on as well after her first season at WWT level. The 22 year old should hopefully begin to push Eric for those opportunities and act as a useful lower-level one-day racer.

The departure of Leah Thomas will have felt like a blow but understandably Trek Segafredo were interested in the American. The signings show a continued desire to improve the roster. Arlenis Sierra helps tick off one of the core markets for the sponsor, is Spanish speaking and above-all also a great rider. It’s always felt like she was missing out on big races and opportunities at Astana/A.R. Monex. So hopefully she can be properly unleashed for the first time with proper support.

Sarah Gigante is a rider I like to hype after watching her performances in Australia. We shouldn’t expect her to dominate from the off after a mystery illness means she’s starting the year putting out very low power. A rider who can climb and time trial like Gigante has the potential to be a very dangerous GC rival to other teams. Finally, Alba Teruel has been a solid rider for the team since its creation but as the roster continues to improve, there just wasn’t the space any more. It’s not announced where she will be riding in 2022, but she left the Movistar team with a good reputation so should get picked up.