The Canadian who lives in San Sebastian wins the race that ends 50 km from her home, giving herself the first victory among the professionals.

“Coach, on May 8 I will win”. This is how the message Olivia Baril sent to sporting director Davide Arzeni on 11 April at the end of the reconnaissance of the GP Ciudad de Eibar reads. And the Canadian kept her word by crossing the finish line first and giving herself her first victory among the professionals.

In what can be defined as one of his home races (Olivia lives in San Sebastian, about fifty kilometers from Eibar), the Valcar – Travel & Service athlete fought everything along the final climb, at the foot of which the group arrived compact, also thanks to the work of the companions Alice Maria Arzuffi, Anastasia Carbonari, Federica Piergiovanni, Elena Pirrone and Lizzie Stannard.

“I told too many people that I was aiming for success not to do well,” jokes Olivia Baril, at her first success among professionals. “My teammates were perfect in bringing me to the foot of the climb in the best position and then I did my best to repay them.”

And you also gave yourself your first success among professionals. Emotions?

«Obviously I’m happy, but it’s already time to think about the Navarra Classics, scheduled for Wednesday 11th. It is a race I really care about and it is very, very hard. Then head to Itzulia, a stage race that takes place on my home roads and which I would really like to do well “. 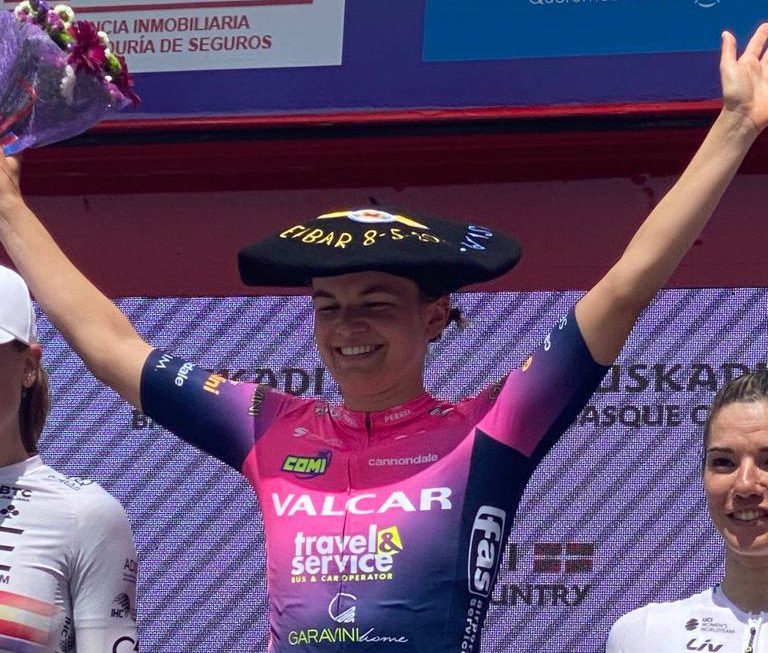 The first success among the professionals of Olivia did not surprise even the sporting director Davide Arzeni.

“I wanted Olivia last year, precisely because she impressed me on the climbs in a Spanish race,” confirms the coach. ‘The one who showed everyone her engine at Flanders; displacement that you also confirmed today by going to win a race that you had been aiming for for a month ».

For Valcar – Travel & Service it is the third victory of the year with three different athletes. What does she taste like?

“Very rewarding. It confirms the goodness of our choices and that, although we have logically talked about the athletes who have taken other paths, there is also a lot to say about those who stayed or the athletes who arrived “.

Among the athletes who for years have defended the colours of Valcar – Travel & Service there is Ilaria Sanguineti, who on Saturday achieved fourth place at the GP Eco Struct (Belgium), a race in which Eleonora Gasparrini, ninth.