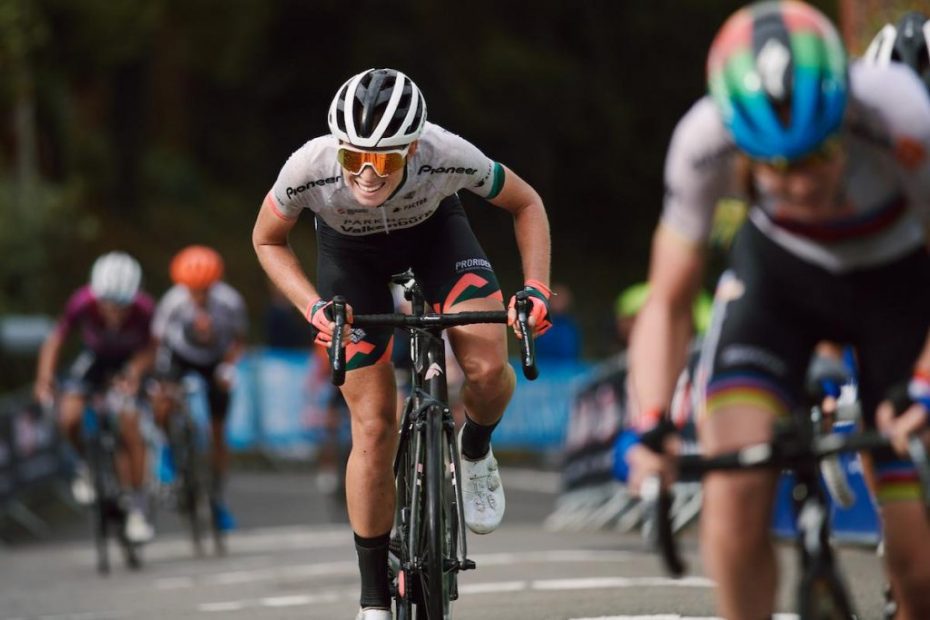 Team Parkhotel Valkenburg shows itself well in the first race of the Ardennes classics. As expected, the race was decided on the final ascent of the Mur de Huy where Demi Vollering made a strong move aiming for the win.

Right after the six-rider breakaway with Anouska Koster got caught on the first ascent of the Mur de Huy a big leading group was formed with Anouska, Demi and Nancy van der Burg present. Heading into the final kilometre Demi took the lead on the Mur de Huy towards the finish. With the line being just fifty meters too far she only had to tolerate world champion Anna van der Breggen and Cecilie Uttrup Ludwig before her.

‘’In the final I even thought that I could take on van der Breggen but the race had been tougher on me than I had in mind. Unfortunately, I had to bow my head for the champion. Now I have enough third places and hopefully I can step up a place in Liège.’’ – Demi Vollering

Demi was proud of the team performance today: ‘’The girls did very well and kept me in the front all day. Nina Buijsman did an incredibly good job riding in front of me to the Col de Warre and Anouska did a great job being in the breakaway. While Hanna Nilsson toughened up the course, Karlijn Swinkels kept me safe and covered me the entire race and Nancy dropped me off perfectly before the first ascent of the Mur de Huy.’’