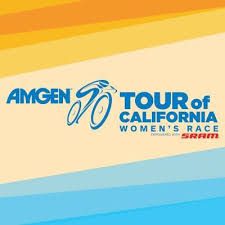 California here we come, right back where we started from – or something. The Women’s Tour of California is a 3 stage race with a couple of sprint stages and 1 queen stage that will see the general classification sorted. And it starts tonight for us Brits.

The sprint stages are no formality though. Stage 1 has a perfectly positioned little dig of a hill just out from the finish that could be an attack point for someone brave enough to have a go. The final stage should definitely be a bunch finish but the two lumps that the peloton will have to negotiate may impact on the rider’s legs, especially after the hardship the day before.

The 2nd stage is where the race will be won or lost. The strongest riders will create huge gaps on the ascent of Mount Baldy. If raced hard, the Cat 1 Glendora Mountain Road beforehand will cause plenty of splits too. Hopefully someone unexpected gets away on the 1st stage and we can watch them gamely trying to hang onto their gap on the mountain.

Boels Dolmans have Chantal Blaak who won Omloop het Nieuwblad at the start of this season. She’s strong enough to get past some of the undulations on the sprint stage – particularly that hill near the end of Stage 1. I’m expecting her to try and break clear on that stage and make an effort to win from a small group. She will be in consideration on Stage 3 too depending on if it’s not raced aggressively on the climbs. Canyon-SRAM have a few sprinters but on home roads, they should be working for Alexis Ryan. She finished 5th at Omloop het Nieuwsblad and then 4th at Drentse Acht van Westerweld before struggling during the rest of the Classics campaign. Ryan’s had 4 top-10 results in previous editions of the Tour of California. If she’s not the sprinter then one of Tiffany Cromwell or Hannah Barnes could be the best bet.

Alison Jackson got her best result of the season at the recent Tour de Yorkshire, netting a 3rd place on the 1st stage. At Women’s WorldTour level she’s a rider that is capable of sneaking into the top 10 on sprint stages, like she did at Amstel Gold finishing 9th. She may find herself working for American teammate Kendall Ryan though. Ryan won the sprint for the 1st stage of last year’s Tour of California but so far in 2019 has only finished 1 race. The questionable form makes it looks like Jackson is the better bet.

The current American national champion is Coryn Rivera but she’s had a fairly quiet 2019 by her standards. 3rd in Brabantse Pijl should’ve been a win and other than that she’s had 3 top-5s at the non-WorldTour Setmana Valenciana. She’ll be wanting to impress the home fans and recreate the stage win she had back in 2017, to go with her 10 top-10 stage finishes in California. Her teammate Leah Kirchmann may be allowed to go for a long one or sprint well herself.

Trek have brought the in-form Lotta Lepisto who won a stage and finished 7th Overall at the Healthy Ageing Tour last month. On the flat classics races this season, she finished 2nd at Omloop van het Hageland and 4th at De Panne. She’s not raced the Tour of California before but she’s a good bet for decent results on Stage 1 and Stage 3.

Arlenis Sierra fits in somewhere between the sprinter and climber types required for a good result here. She was 9th on the pan-flat De Panne race but also 12th at this year’s Fleche Wallonne. She won the flat Scaramento stage in last year’s Tour of California so she’s probably a better bet for a win on the first stage this year rather than the Overall. Another rider who fits in the same category is Lisa Brennauer who is a strong one-day racer. She won the Overall at the Festival Elsy Jacobs last week and was 6th Overall at the Tour de Yorkshire the week before that – she’s in some real form.

Another rider to have not raced the Tour of California before is Valcar’s Elisa Balsamo. She sprinted to victory at the Trofee Maarten Wynants just before leaving for California. A young sprinter, her good results this season have been overshadowed by the emergence of Lorena Wiebes who she finished 2nd to at Omloop van Borsele. 6th in De Panne and 9th at Gent-Wevelgem were also great results earlier this season for Balsamo. Her teammate, Italian national champion Marta Cavalli is someone who may have a go on the climb on the first stage. She finished 2nd at Brabantse Pijl but didn’t show much at the Women’s Tour de Yorkshire. Balsamo should be Plan A and Cavalli Plan B.

Finally, Olga Zabelinskaya has been doing well on flat stages in 2019. In theory more of a time-triallist. Her best chance is probably by just riding people off her wheel where she can. 4 victories in 2019 (2 in TTs) shows she has form. Although her 2 road race wins have been by going solo.

Boels Dolmans have two major GC candidates. They have last year’s Overall winner Katie Hall as well as 2017’s Overall winner in Anna van der Breggen. Van der Breggen wears #1 so in theory is the team leader for this race. With no Annemiek van der Vleuten, she should be the strongest climber in the race. She won Fleche Wallonne not too long ago and was 2nd in the KoM competition at the Tour de Yorkshire. It’s been a quiet 2019 by her standards so this race could kick-start things for her. Katie Hall won the queen stage last year but so far in 2019 has been pressed into teammate duties with a couple of top-20 results in the Spring Classics. With a proper climb to race in California, she may be let off the leash to work with van der Breggen.

Katarzyna Niewiadoma had a great Spring, winning Amstel Gold and top-10ing in almost all of the major races. Niewidoma finished 3rd Overall at the Tour of California before. She certainly climbs well so she’ll be an obvious contender for the Overall. CCC’s Ashleigh Moolman will get to race for herself in California. She had a solid Spring with top-10s at Strade Bianche and Fleche Wallonne. Her best result of the season was 2nd back at Setmana Valenciana on the steep finishing climb of Xorret de Cati. With that in mind she’ll be one to watch on Mount Baldy.

Trek have the resurgent Liz Deignan, as well as, last year’s runner-up Tayler Wiles. Deignan announced her return to the peloton with 7th at Fleche Wallonne this year. She also tried to animate things at the Women’s Tour de Yorkshire. She’s someone who should find herself in the top-10 at the end. Wiles has had a very quiet 2019 with a best result of 12th at Amstel Gold. She’ll probably find herself working for Deignan this year rather than doing her own race. It’s tough to completely ignore last year’s result however.

WNT-Rotor’s hopes will be with Clara Koppenburg. A solid climber, she won the Setmana Valenciana by winning the queen stage on the already mentioned Xorret de Cati climb. She skipped most of the Spring Classics but this race is right up her street and a real threat to finish on the podium. Rally-UHC have the pair of Kristabel Doebel-Hickok and Sara Bergen. Doebel-Hickock has done well in stage races in 2019, finishing 4th, 4th and 5th Overall in those 3 races. On a home team at a home race, she’ll be wanting a solid result. She was 4th Overall here back in 2017. Sara Bergen has been matching her teammate in the same races with 3rd, 7th and 29th Overall. It will probably come down to who has the strongest legs on Mount Baldy. However, both of these riders could finish in the top 10 Overall.