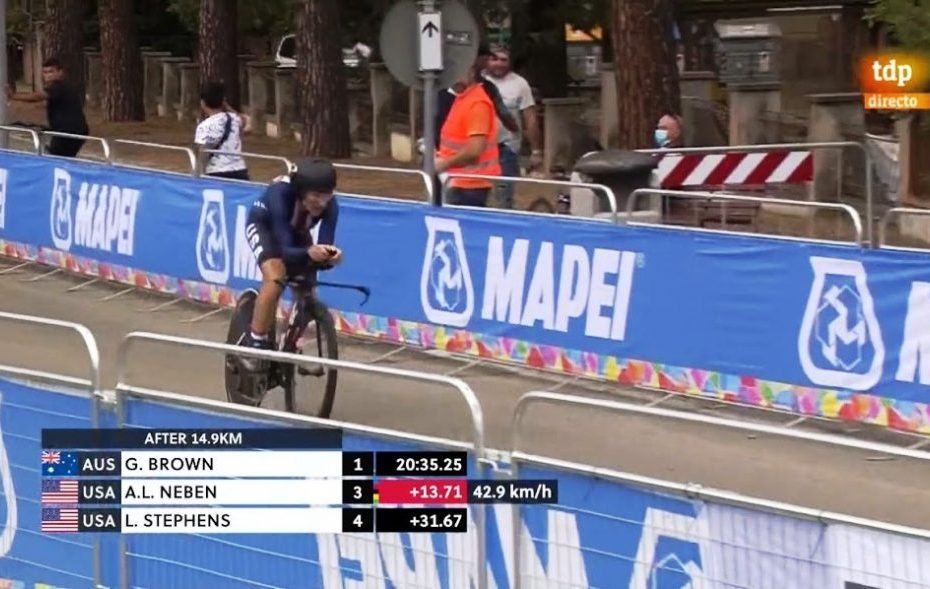 The American cyclist Amber Neben from our team Cogeas Mettler Look marked an average of 45,648 km / hour and was placed in the sixth position in the individual time trial of the 87th World Cycling Championship held this Wednesday, September 24 in the town of Imola, Italy. The Russian Aigul Gareeva was placed 27th with an average of 42,260 km / hour.

Amber Neben born in the town of Irvine California United States, on February 18, 1975, is a veteran world champion of the 2008 and 2016 time trial championships and has set the best third record of the day in the intermediate point of the tour. At the end of the 31.7-kilometer race, our Cogeas Mettler Look member put all her efforts to momentarily place herself in third place.

Congratulations to our riders Amber Neben and Aigul Gareeva for keeping up the sporting spirit of high competition cycling.