In a tight battle for the third step of the podium, the Trek-Segafredo women’s team got the job done in the final stage of the nine-day race.

Coming into the final stage, Longo Borghini had a slim two-second advantage over fourth-placed Ludwig, a margin that could be easily wiped out on the tricky climb to the line. But with teammates Ellen van Dijk and Ruth Winder represented in the non-threatening 27-rider breakaway that escaped early into the first of four laps of the 110-kilometer race, Longo Borghini only had to focus on the finish.

Longo Borghini stuck close to her Danish rival in the finale and, leaving no room for error, finished just ahead to cement the final podium step and a highly successful Giro Rosa for the team.

“After the second stage, I would have never, ever thought about a podium at the end of these nine days,” said an elated Longo Borghini. “It was a real drama to come back after I lost so much time to heatstroke on the second day. I really suffered the warm weather even though I am Italian. I thought it was over, and I only concentrated on stage wins after that. We were looking for a stage win for so long, and [Friday] it finally came, and I also found myself in third place. For me, that was incredible.” 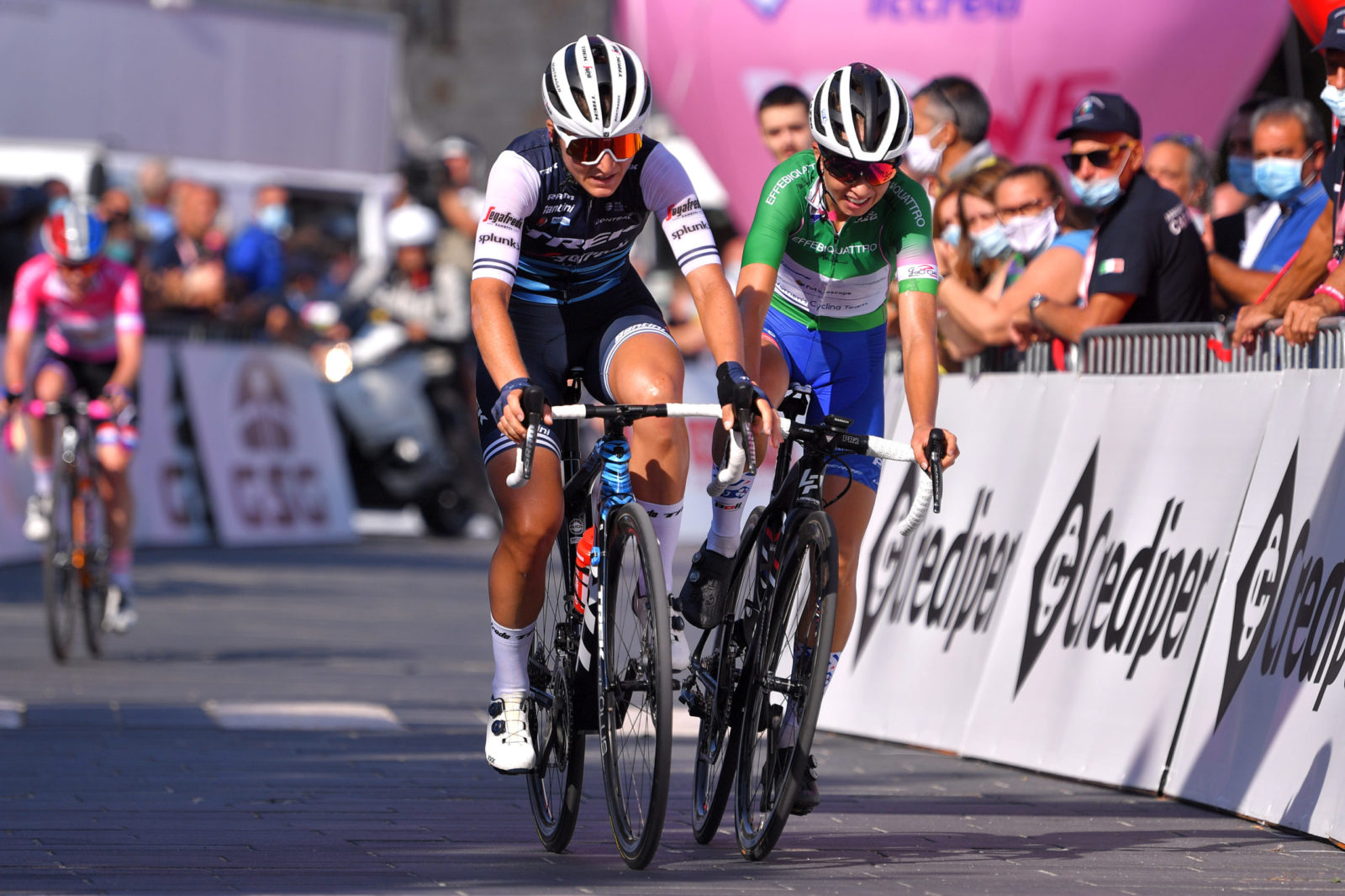 After Trek-Segafredo won the opening team time trial, which resulted in Longo Borghini claiming the Maglia Rosa for the first time, a devastating second stage saw her lose over four minutes, and her GC hopes sunk.

But the team bounced back. Longo Borghini recovered with a third place in Stage 3, a direly needed result, and Lizzie Deignan added two more podiums, a third (Stage 5) and second (Stage 7) before Longo Borghini’s emotional first-ever Giro victory in Stage 8.

“I think it has been a roller coaster Giro – first the pink jersey then the second stage that was so incredibly hard, and then all these stages that were good, but not super,” explained Longo Borghini. “We had so many podiums, and yesterday we got the victory. I would like to thank all the girls, name by name: Audrey, Ellen, Tayler, Ruth, and Lizzie because they worked so hard for me. And to the staff all around us who are working so hard in the shadows, you never see them, they are never in the picture, but they are a big part of this as well. So a big thanks to all the team!” 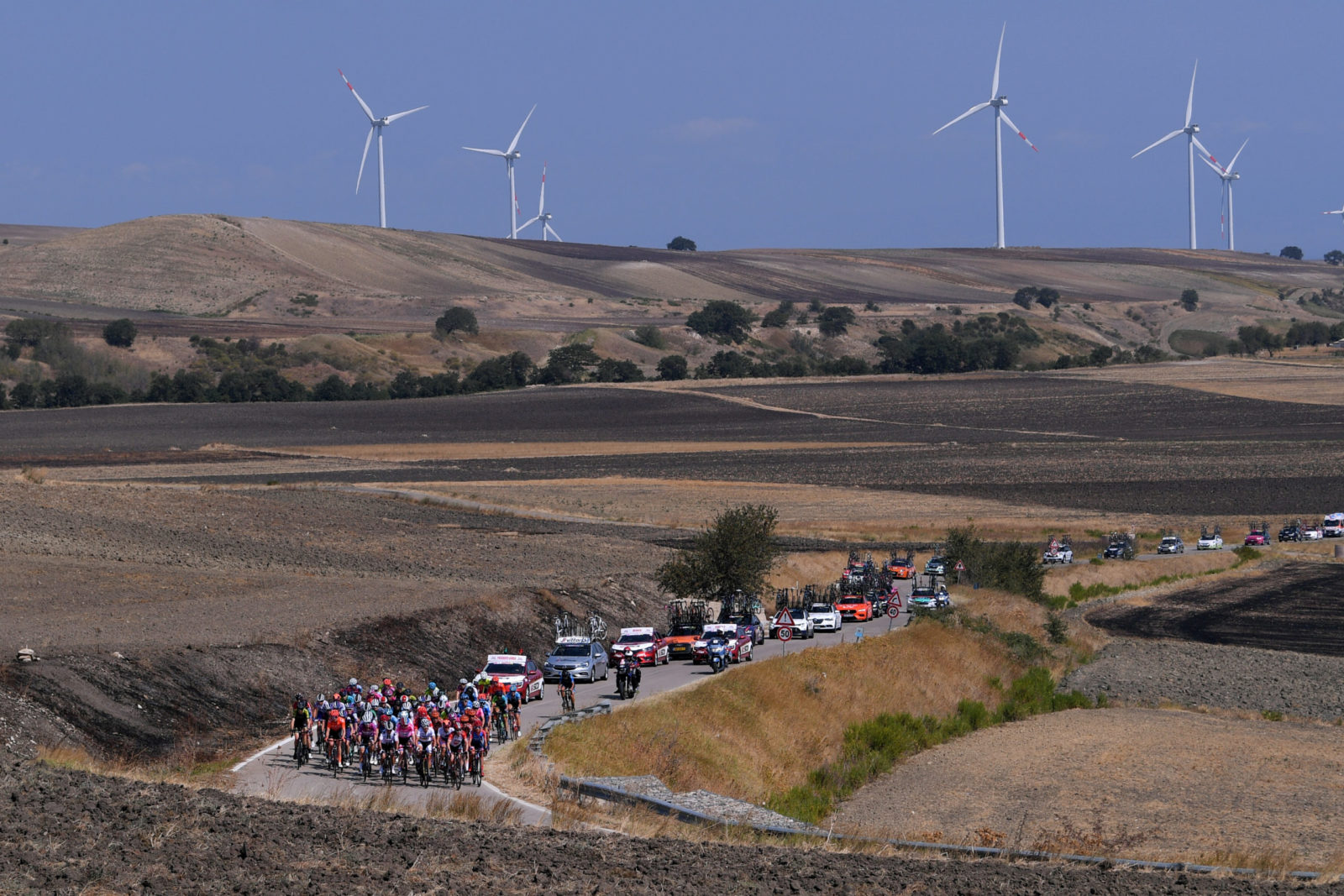 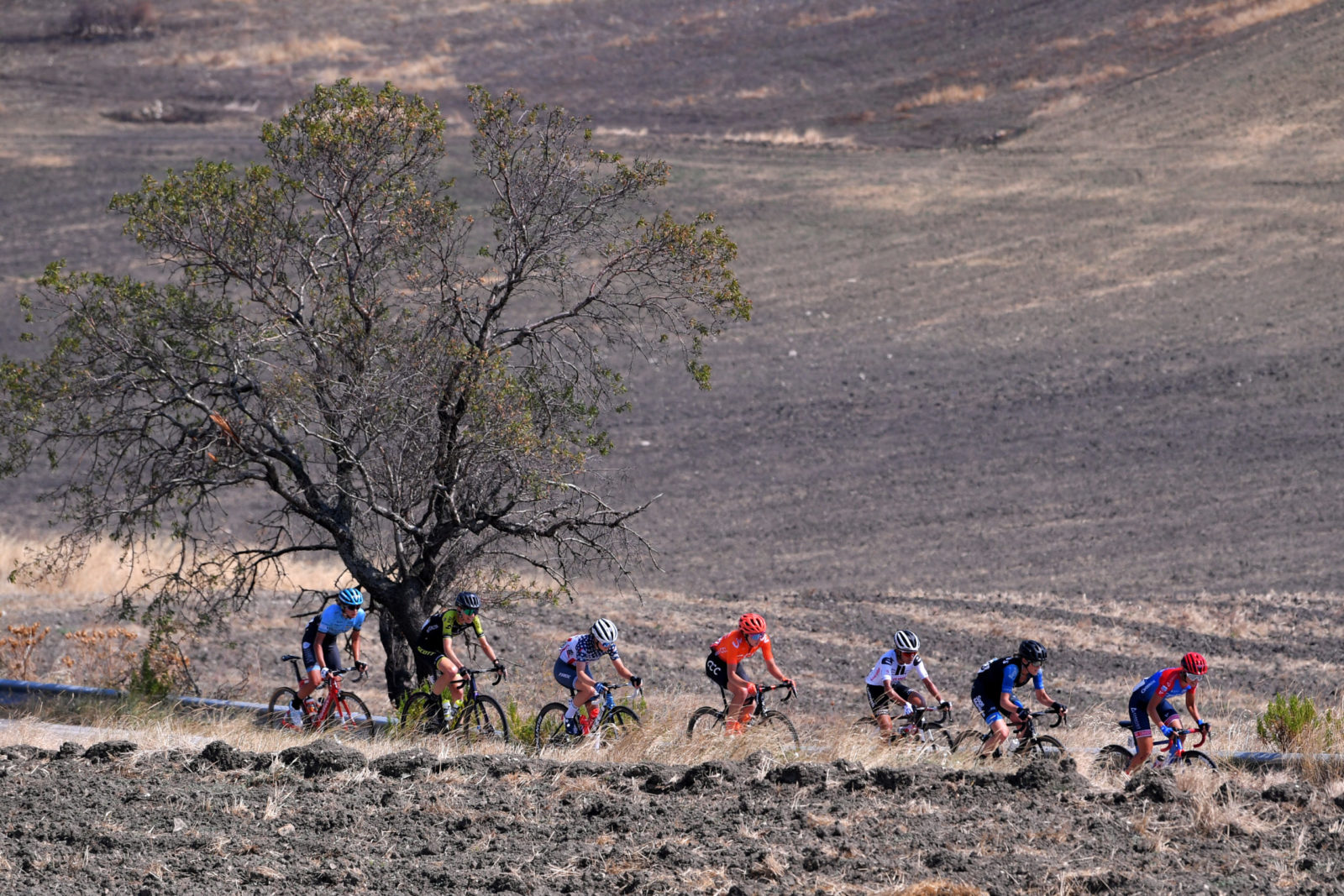 The final stage of the nine-day Giro Rosa was never going to be easy. The podium was far from guaranteed for Longo Borghini with a tight two-second lead to defend on a tricky four-lap course with a climb to the finish. But same as all week, the team rallied around each other and got the job done.

Van Dijk and Winder jumped into the early escape group that the bunch was happy to let go and fight out the stage win with van Dijk battling to 5th and Winder to 14th. The top three of the breakaway also gobbled up the time bonuses at the finish, one less worry for Longo Borghini.

“It was a good Giro for us!” said director Ina Teutenberg. “It started already with the TTT and having the pink jersey for a day. It’s a bit of a bummer that we had a bad day on the second day, but who knows what else would have happened if we would have had a good day – I mean, it’s always in hindsight.

“But it’s great how the team fought back and didn’t put their heads into the sand after being defeated that second day a losing quite some time.

Elisa fought back and made her way onto the podium the next stage, and then later a stage win. We were also really close with Lizzie a couple of times. Yeah, we really had a good Giro,” she echoed. 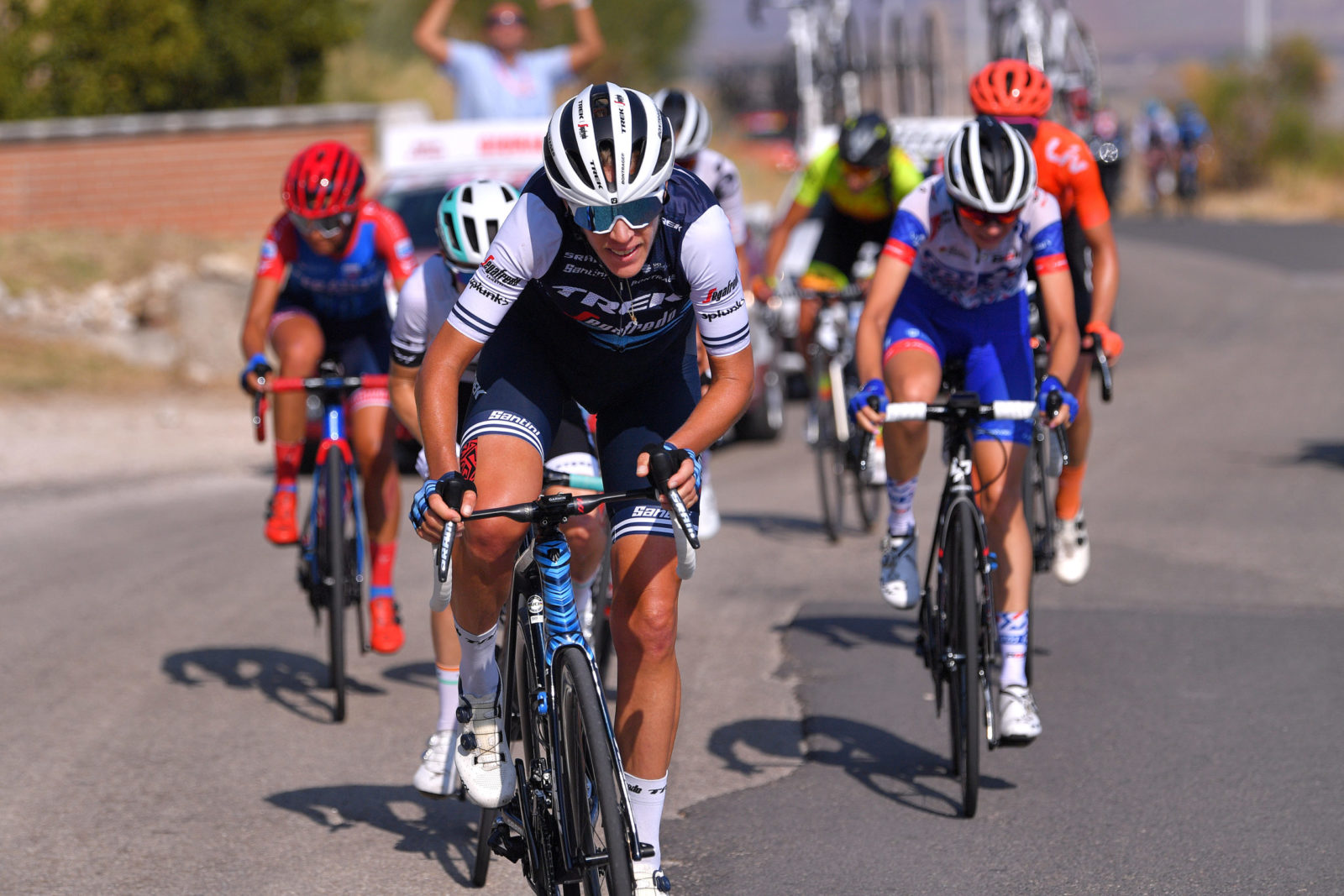 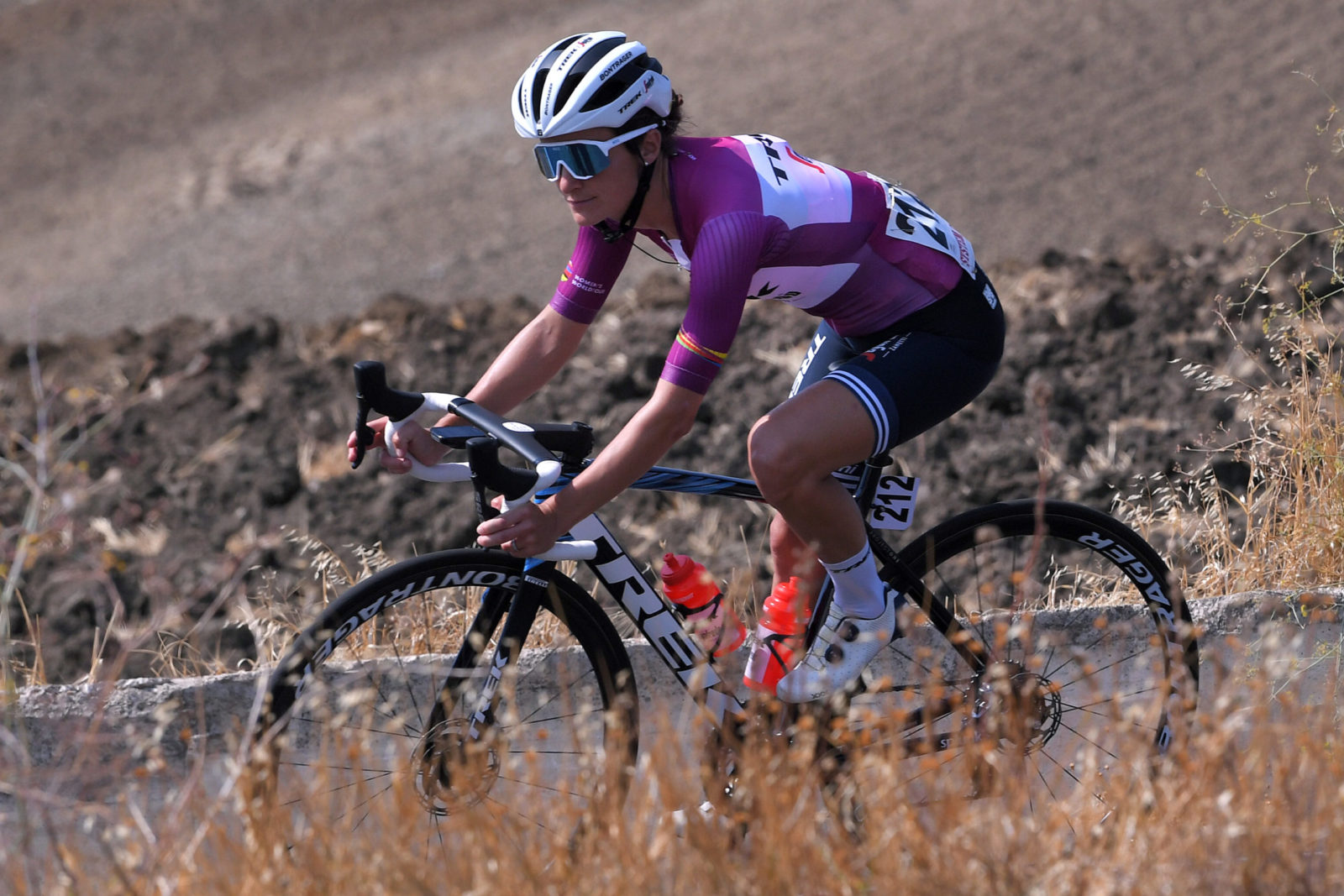 In two short years, the Trek-Segafredo women’s team has grown into a resilient camaraderie, a group of friends sincerely delighted to give everything for each other, something they have shown repeated times this season. That chemistry between teammates is pure gold and one that every team hopes to find.

“In the last races already, from Plouay on, even before that, the team has really shown that they look after each other,” continued Teutenberg. “And Elisa and Lizzie have formed this great dynamic duo upfront. They both trust each other, and they communicate without ever talking. It’s really nice to see. Lizzie worked her heart out for Elisa to get on the podium at the end and get the stage win yesterday. That was really, really special after she had her two WorldTour wins.” 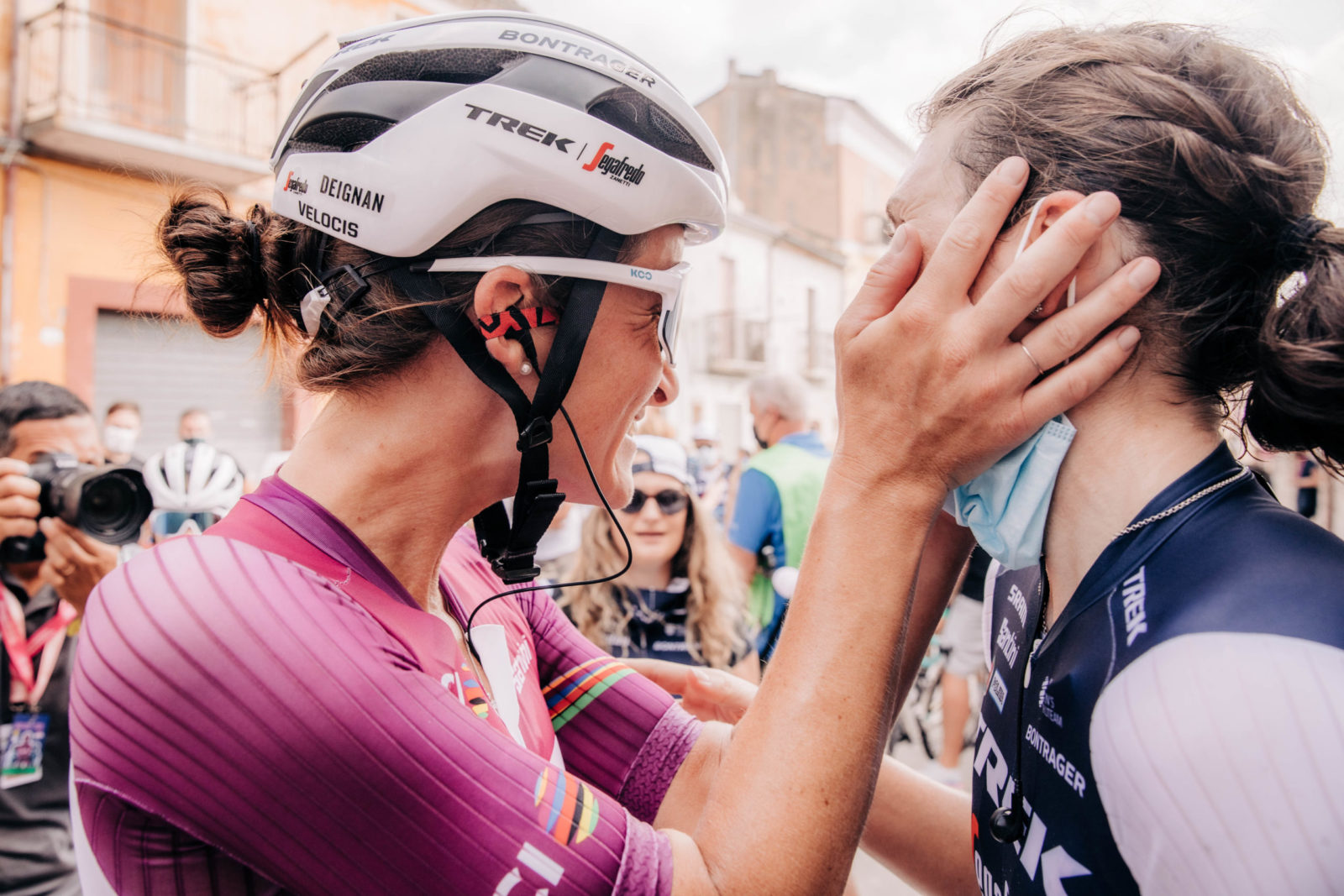