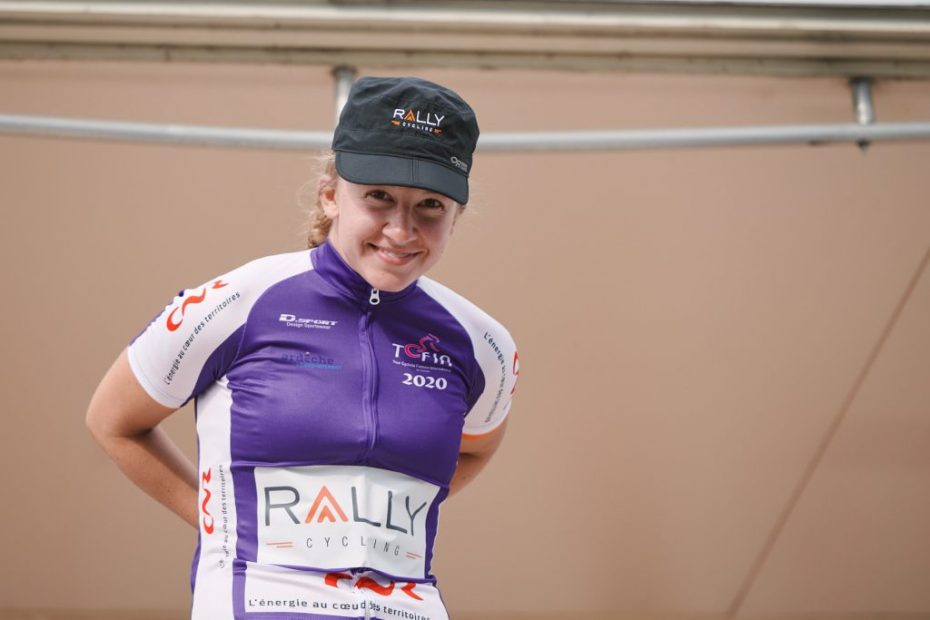 Chloe Hosking’s won the final stage of the Tour de l’Ardèche to cap off an incredible week of racing for the team, which leaves the Ardèche with two stage wins, the other coming on stage 5 courtesy of Leigh Ann Ganzar, six stage top-10s, seventh overall for Sara Poidevin, and the intermediate sprint jersey for Emma White.

A breathless week in the Ardèche came to an end with a grandstand sprint stage in Beauchastel. It was super-fast from the start, and once the peloton crested the steeper than expected Mur d’Allex, it was downhill all the way to the finish. Rally Cycling drove hard on the front, setting Hosking up perfectly for the sprint victory.

Hosking described the stage and how the team worked together all day with one thing in mind.

“We went into the stage with a really clear goal – to win the stage in a sprint. The way the girls supported me all day was phenomenal, they did everything to control the stage and to look after me through the technical finish. All six of us were lined up with 10km to go and it was a really proud moment sitting on the back of that leadout train.

“The girls kept it calm, kept it steady and kept the pace high which is how I really like my sprints. On stage three where I got third, I was too focused on other people, so today I really focused on my own sprint, and I was able to power over the top of Alice Barnes to take the win.”

A beautiful week in the Ardèche

The Tour de l’Ardèche was only the second race back for the Rally Women after the season restart, but everyone would have their chance in the French stage race.

The team showed their strength in depth from day one with Emma White going into the purple ‘Rush’ jersey for intermediate sprints.

“Getting the Rush jersey was a goal we made early on,” said White. “It was a real team effort. There were times when the girls had to nab some points in breakaways so others couldn’t, and I just kept chipping away at it throughout the week.”

Sara Poidevin got her GC campaign off to a good start with 7th on the tricky stage one finish. A strong ninth place in the sweltering mountains of stage two was set up by Heidi Franz’s breakaway, taking the pressure off the team back in the peloton.

The top 10s kept coming on stage three with Hosking nabbing third on a technical finish. It had been a calm day thanks to Leigh Ann Ganzar’s efforts in the break, not only providing an armchair ride for her teammates but also mopping up points to preserve White’s purple jersey.

Poidevin was a key protagonist on stage four’s summit finish, attacking early only to be caught with just one kilometer left to race. Doebel-Hickok climbed to seventh from among the chasers, and Poidevin clung on for eleventh, maintaining her 9th on GC.

All the team’s hard work was rewarded on the crosswind-stricken stage five when Ganzar sprinted to victory after an impressive ride to bridge across to the breakaway. A little over a minute later, Hosking led the field home and joined Ganzar to celebrate on the podium. Poidevin’s wily positioning behind meant she moved up to 7th overall.

Stage six brought the week’s climbing to an end, more or less, and Franz took her chance to have some fun in the breakaway. Having initiated the final show with an attack on the last category 1 climb, Franz came in second in the uphill sprint. It was her first-ever European podium finish.

By the end of stage six, White had wrapped up her lead in the Rush classification, laying the foundations for an epic final day.

“We knew we had the jersey locked up for the last stage so we were able to focus fully on helping Chloe get the stage win, and it was a success,” added White.

Hosking emphasized the team’s approach throughout the race and the atmosphere that contributed to their success.

“Everyone in the team had the opportunity to go for a stage win and that’s really special to be a part of. Cycling is a team sport but often people are working for one rider, so it’s really nice when everyone can take their chance. The vibe’s been great all week.”

Joanne Kiesanowski has been directing the Tour de l’Ardeche and had nothing but praise for the team’s efforts today.

“It was great today seeing the girls lined up early on the technical finish. We got to this one righthand turn and I could see from the car behind as all six of them went around that corner first, ready for the leadout. It was really impressive to see that teamwork and for it to all pay off with a big win on the last day.”

White summarized a fantastic return to racing for the team.

“Just being in Europe racing our bikes is a win after the crazy year we’ve had. We’re taking advantage of every opportunity we have and making the most of it. This week was a huge opportunity for everyone on the team to prove how strong we are, and I think we made that clear. I’m so proud to be racing alongside these girls. I’ve missed it so much!”

Next for the women is the Belgian one-day race the Trophée des Grimpeuses on September 19.