Ina-Yoko Teutenberg indulges us with a trip back to her 2009 victory, and former winner Elisa Longo Borghini takes us ahead to Sunday’s De Ronde

On Sunday, two prominent cycling figures will be at the 2021 De Ronde van Vlaanderen (The Tour of Flanders). One, now retired from racing, directs from the warmth of a comfortable car; the other, along with the rest of the peloton, pushes herself across the bone-juddering Flemish cobbles.

It was one of those days – I had perfect legs, and everything came pretty easy.

Ina-Yoko Teutenberg is one of the most successful racers of all time, with 148 wins to her name. Known for her fearsome sprint, Ina won De Ronde in 2009 when she outgunned Kirsten Wild and Emma Johansson from a group of 18 riders in Meerbeke.

“I wasn’t originally planned to go to Flanders, normally our leader would be Judith [Arndt], and I would stay longer in America. But Judith was injured, and I had good form, so my team asked me to come. I hadn’t raced Flanders much before that year, but I studied a lot and had all the hills in my head. Back then we didn’t have so much TV coverage, so it was harder to do research,” explained Ina.

“It was one of those days – I had perfect legs, and everything came pretty easy. I made it over Geraardsbergen in fourth or fifth position, so I was pretty far in the front. Marianne Vos had attacked, so I was fortunate that Cervélo had riders working to bring it back for a sprint for Kirsten Wild. I was certainly one of the favourites to win from that group, but Wild is always strong after hard races, and you never know how your own legs are going to be at that point.” 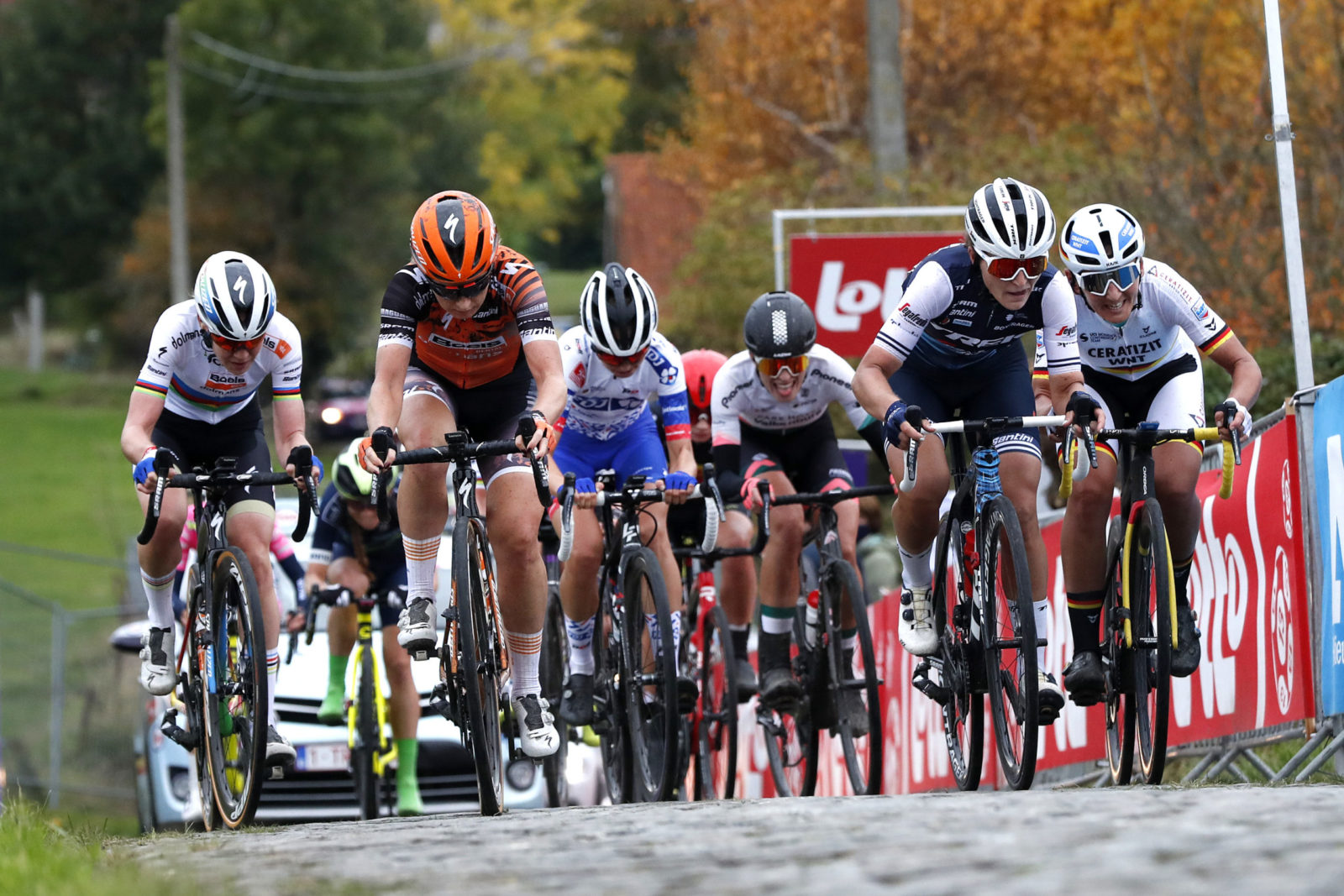 Anna Van Der Breggen, Amy Pieters, Elisa Longo Borghini and Lisa Brennauer will be some of the favourites again this year.

Ina returned several times to Flanders but didn’t manage to capture that blend of perfect legs and a dash of luck that led to her win in 2009. Now she directs from inside a warm and comfy Toyota team car and is just as motivated to come out on top on Sunday.

“It’s a different dynamic now. We had a lot of competitive riders, but now the women are able to make money and be more professional, which has created a bigger base of really good riders.”

Over the years, some things never change. In a race like Flanders, there are many places you can win or lose the race. Experience teaches that it’s vital to save energy wherever possible on the demanding parcours.

Everyone knows you need all your energy for when the favourites make a move, so if you waste energy before then, you’ll be on the back foot.

“It’s always good to be in the front at the Molenberg; it’s still far to the finish so that it won’t be the decisive point, but you don’t want to chase and waste energy. I think you should be near the front at the Kanarieberg because it’s getting late in the race, and some women will be suffering and not make it back. It’s really fast between Kanarieberg and Taaienberg; there is really little time. I’d say from the Kanarieberg the final starts.

“I think on Sunday, as it’s such a long race, everyone knows you need all your energy for when the favourites make a move, so if you waste energy before then, you’ll be on the back foot. The favourites will probably start racing on the Kwaremont, or maybe a bit before.

“I’m happy to be doing it in the car,” Ina says with a smile, “I wouldn’t want to be riding now.”

“Back when there were crowds, in the car when you get held up on the climbs you could look around like ‘holy shit! There are a lot of spectators here!’ Flanders is always exciting – it would be better with some crowds this year, but they’ll be back,” she adds. 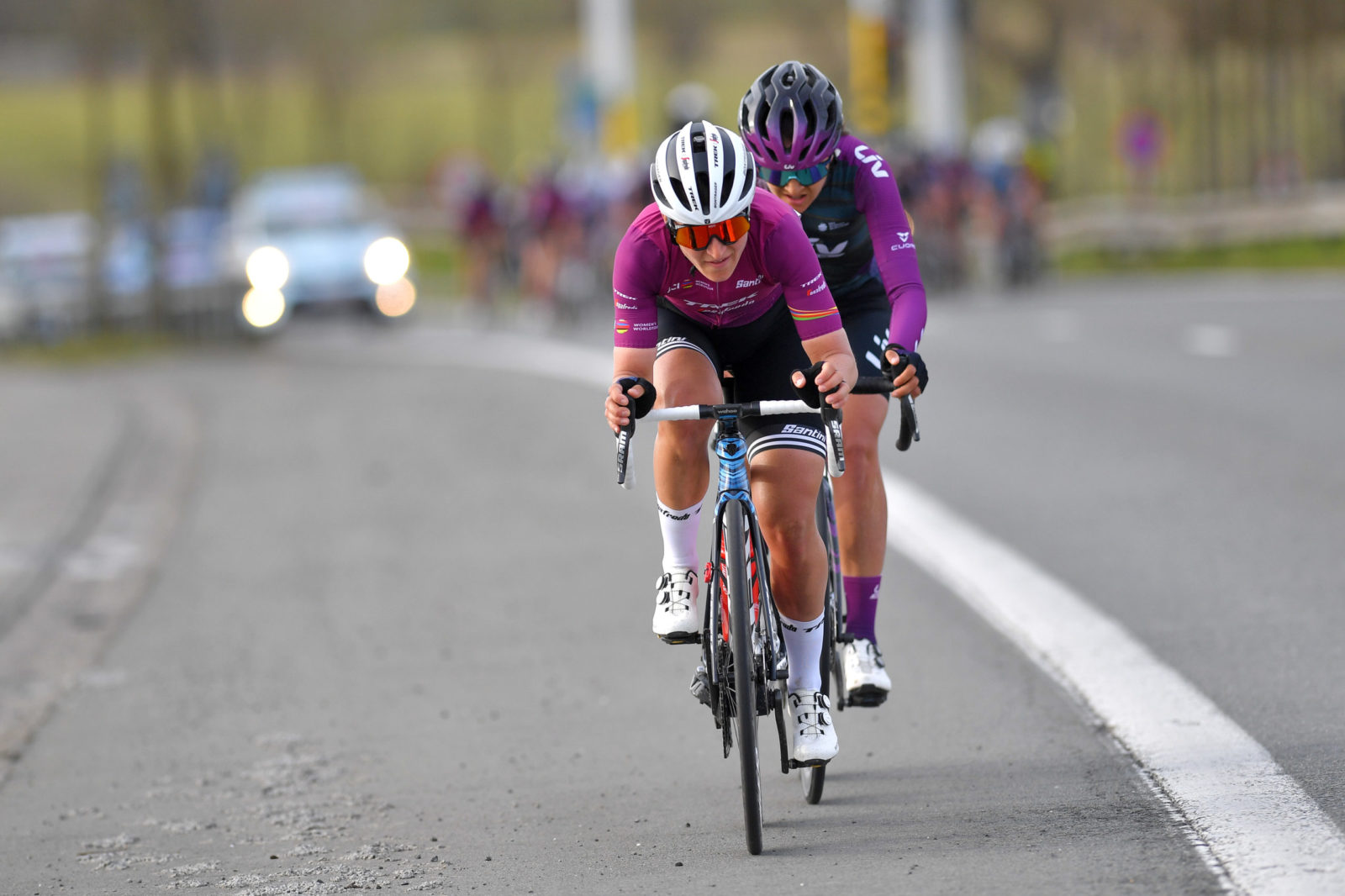 When Elisa won De Ronde, she had plenty of time to celebrate, crossing the finish line in Oudenaarde alone, 43 seconds ahead of the chasing group. She had broken clear with 36 kilometers remaining, just after the Kanarieberg. It was a daring, long-range attack and what has become her trademark.

Since joining Trek-Segafredo, she has won from similar gutsy attacks, the first coming at Emakumeen Bira in 2019 to win the final stage and GC, bringing an end to a two-year dry spell. Last year she soloed once again to claim the coveted tricolore jersey from the Italian National Championships.

Most fresh in our memory is Elisa’s spectacular win at the Trofeo Alfredo Binda two weeks ago. The Italian champion embarked on a daring solo move 25 kilometers before the finish, eventually finishing 1’42” ahead of her nearest rival. It’s this kind of audacious, all-in attack that Elisa has come to be known for. And last weekend she came agonizingly close to victory at Gent-Wevelgem and was only caught 300 meters from the finish. 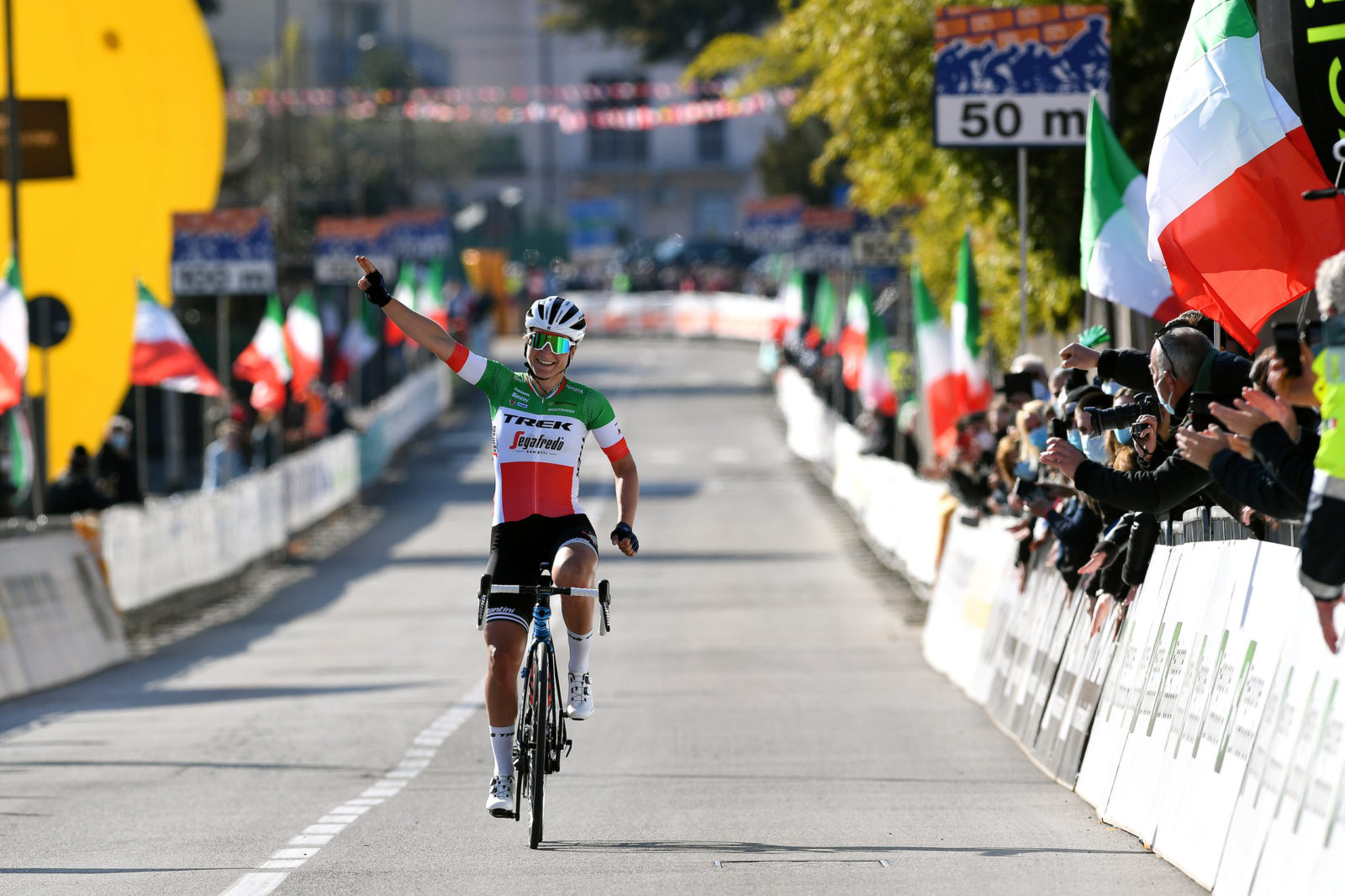 Longo Borghini enters De Ronde van Vlaanderen as one of the big favourites – a former victor who knows what it takes to win and who’s also on red-hot form. However, she’s not the only former winner on the Trek-Segafredo roster. Ellen van Dijk (2014) and Lizzie Deignan (2016) can both count Flanders amongst their bursting palmarès, as well as a second-place each.

Elisa took some time to chat about how she’s feeling ahead of Flanders:

“I took some days to recover after Dwars door Vlaanderen, and now I think we can do a fantastic race if our plan works out well. We have a powerful team and multiple cards to play, which is always good in a race like this, so I’m pretty confident that we will have a good race.

“The last two years were a mix of bad luck and lack of form, especially my first year in the team when I was not at my best. Last year we raced Flanders at the end of the season, it was a good race, but still, we missed a little something. I feel like this year could be the good one. I don’t know what was missing, but we are well-prepared right now, and we are ready to race. Maybe we were just missing a little bit of luck.”

I think our big strength is unity… I think we really need to be there with as many riders as possible to play the game and beat the others.

“Surely Van Vleuten and Van der Breggen are some of the ones we most have to watch. I also think Demi Vollering is really strong at the moment. I think our big strength is unity; having numbers up there will be the best for us. I think we really need to be there with as many riders as possible to play the game and beat the others.

“As we’ve seen in the previous races, such as Nieuwsblad, the real racing started pretty early, so I wouldn’t be surprised if the race starts a little bit earlier this year. I think SD Worx really wants a hard Flanders, and they also like numbers in the front, so I think the race could start early. In previous years the race normally started on the Oude Kwaremont, but I expect a harder race than the last years.”