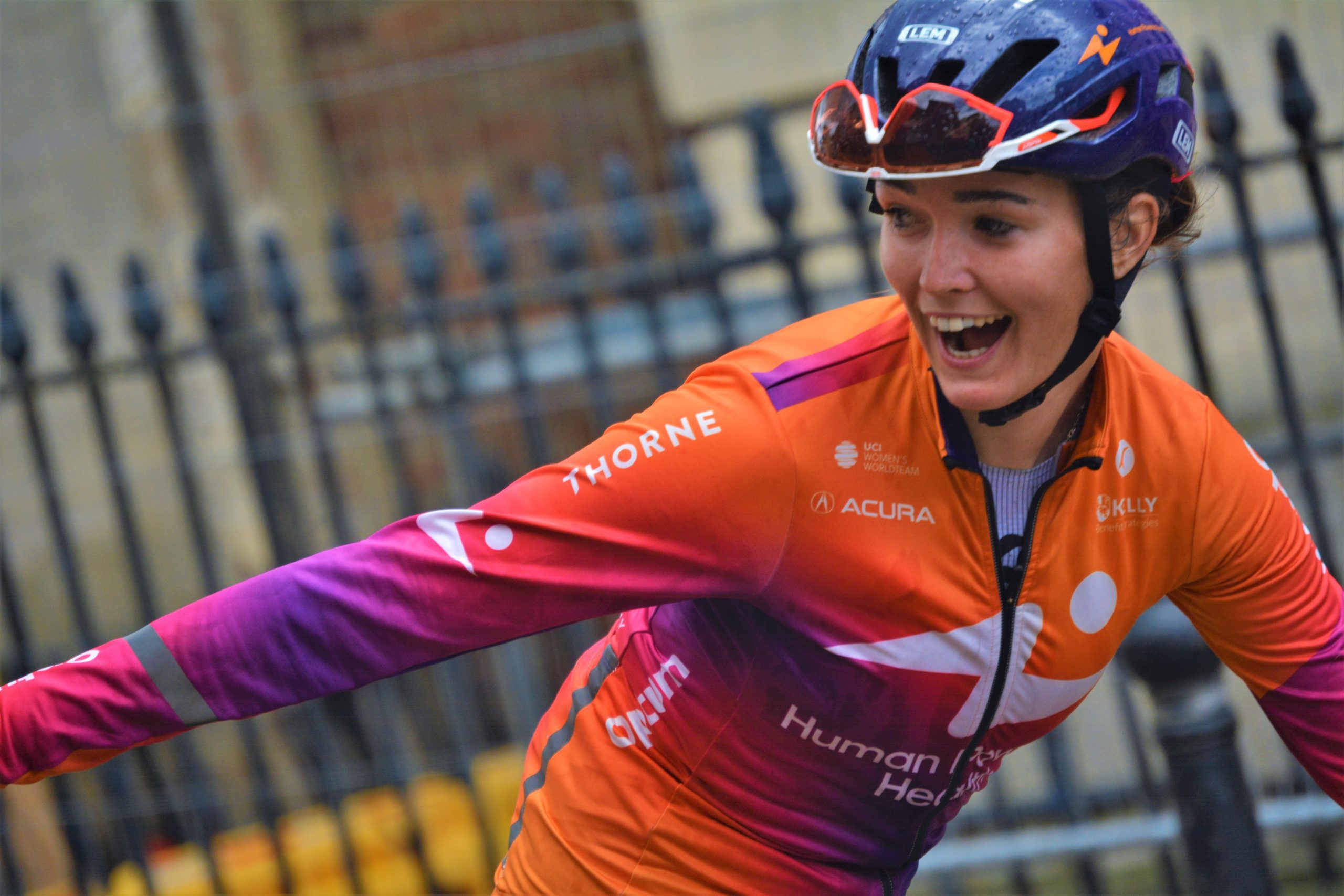 After a long solid time as Rally Cycling and Optum, the first season in the Women’s WorldTour as Human Powered Health was pretty brutal. The team attacked plenty but it didn’t really translate into strong finishes for the most part. The team finds itself in a very worrying spot for retaining its Women’s Worldtour status at the end of 2023 with a gap of around 1200 points to close after their disappointing 2022 season.

The season started with the case of Olivia Ray, who looked primed to have a strong season only to find herself banned in a complicated affair. Eri Yonamine took probably the team’s best result of the year with 2nd in GC at the CIC-Tour Féminin Pyrénées but hadn’t scored much until then. Nina Buijsman was the most consistent rider, finishing around and just out the top-10 of many races at WWT level. It also included 2nd on a Vuelta a Burgos stage from the break that just about held off the peloton. Cypriot Antri Christoforou scored quite a few points in 2022 but the bulk of them came before she joined the team so weren’t added to their total. She was in breaks at the Tour de France Femmes but results were tough to come by again.

The lack of race finishers as the squad was built feels like it takes some of the blame. The team’s sprinters were young and green. The likes of Schmid and MacPherson did get some results but really they are a year or two away from finding their feet in the Women’s WorldTour. The squad was full of attacking riders in 2022 but it’s rare that the break wins and they didn’t play the points game as well as they could have.

Youth is on the side of the Human Powered Health team’s roster. The combination of Kaia Schmid and Makayla MacPherson now has a year of pro racing in the legs and might begin to be more noticeable. Schmid finished the year with 5th at the MerXem Classic and those types of races, combined with the likes of Van ‘t Geloof and Vandenbulcke could help push her up a level.

I’d love to see Alice Barnes back at the front of races on a regular basis. Bloeizone Fryslan/Healthy Ageing Tour isn’t on the calendar this year, a race she traditionally did well in. There are going to be plenty of other opportunities with the team needing points. Eri Yonamine is another popular rider who will have plenty of support. She will have had a full off-season this year after sorting out her iliac artery diagnosis at this point last year. At her best, she’s a strong climber who can make waves at big races like Strade Bianche.

The team’s key rider should be Nina Buijsman. A lot may rest on her shoulders but if she can improve just a little bit on her 2022 season then she will be a regular contender in almost all the races she takes part in. Buijsman is ready to push on and be Human Powered Health’s team leader in 2023.

Human Powered Health needed some race finishers and in credit to them, they went out and got some. They’re probably still missing some top-level star quality but if they had this line-up in 2022, they would be significantly closer to making the WWT cut-off. Alice Barnes has been let go from Canyon SRAM and it does start to feel like we’ve seen the best from the Brit. A new team might reignite the legs and she should be a contender in any of the short stage races that have a bit of a TT element and sprints involved. Daria Pikulik is one of the many riders to have impressed at ATOM Deweloper Posciellux.pl in 2022. Pikulik did well in exactly the sort of race I’ve just described for Alice Barnes. She took 6th in GC at the Baloise Ladies Tour, which also included 4 top-10 finishes as well. 5th in the European Championship showed that she can sprint against the best in the women’s field.

The dismantling of some of the Le Col Wahoo squad presented the opportunity for Human Powered Health to sign Marjolein van ‘t Geloof and Jesse Vandenbulcke. Both offer something that was missing in 2022, in that they’re strong one-day racers who can sprint a bit at the end too. Van ‘t Geloof won Grote Prijs Beerens with Vandenbulcke just behind her in 2nd for her best result of the year. You can get a decent classics campaign from both and if the team starts to play the points game and make full use of the Belgian 1.1 level race calendar, they might be able to claim enough points to get them close.