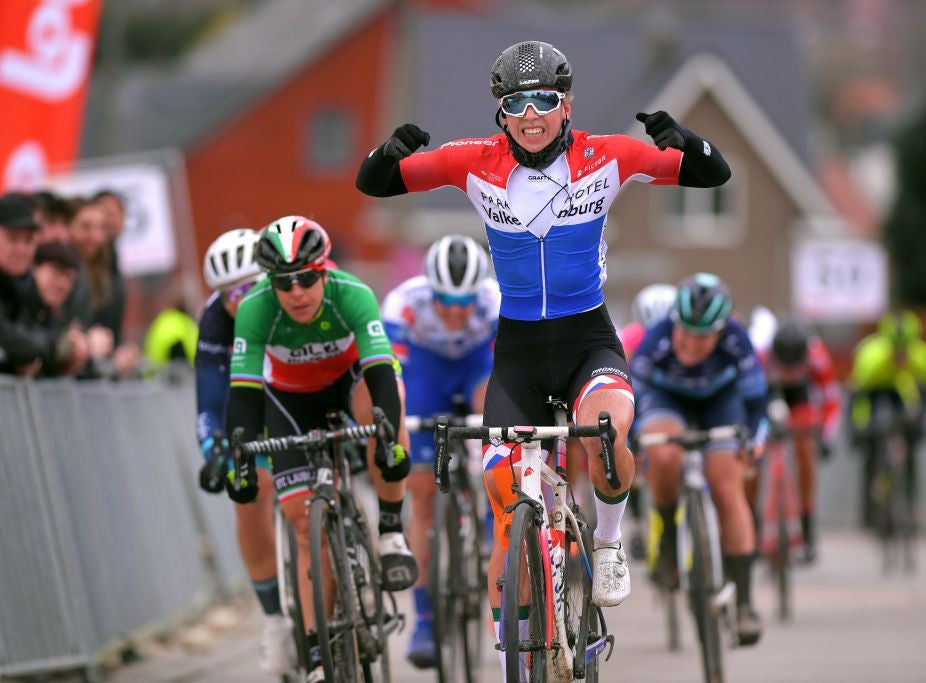 Omloop van het Hageland first took place in 2005 as Tielt Winge but didn’t get its current name until 2011. The race began life as a criterium and initially formed part of the Wielertrofee Vlaanderen. From 2011 until 2015, the race was categorised as a 1.2 race – the lowest professional grading. From 2016 when until now the race has been a 1.1 status, where it has remained.

2016 is also the first year that Omloop van het Hageland was run in the same weekend as the women’s Omloop het Nieuwsblad. Until then it had taken place around 1-2 weeks after the start of the European season. This scheduling move meant the opening of the women’s European season was closer to the men’s calendar.  As it stands, no rider has won both Omloop races in a weekend.

The race had been fairly consistent over the last few years. Originally a long circuit took riders to a 15km finishing circuit. Riders then completed 5 laps of this circuit. The Roeselberg was about the only hill on the lap. Although it’s not a tough climb the cobbles on Kerkstraat also came into play. For 2022, the route has changed. A 30km route to 2 long laps and 2 short laps will decide the race. The Roeselberg and Kerkstraat are still on the route. But so are Schubbeek (720m at 4.2%), Kriebekestraat (530m at 7.2%) and Driespad (840m at 7.6%). That might make it harder for the sprinters but most will still be ok.

Often the race comes down to a reduced bunch sprint to decide who wins. Although, Ellen van Dijk showed in 2018 though that it’s possible to win with a solo attack. 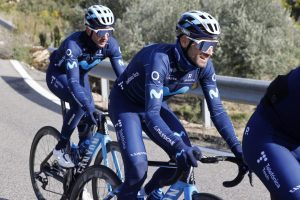 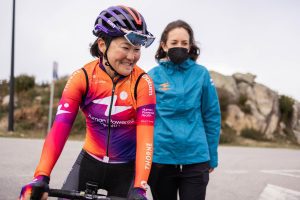 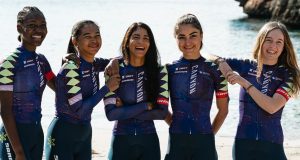 As the winner of the last edition of Omloop van het Hagelend, Lorena Wiebes will obviously be a favourite. A lot has happened since March 2020, but Wiebes has cemented her role as the top sprinter in the women’s peloton. After missing out at Setmana Ciclista Valenciana, Wiebes will be looking for a result here to kick off her season. If anything happens to her during the race, then Charlotte Kool will be able to step up. She was 6th in Omloop van het Hageland in 2020 and it’s almost a shame that she will just be used as Lorena Wiebes’ lead out here.

Marta Bastianelli has got 2022 off to a good start with a pair of wins over in Spain. That will allow her to come into this race in high confidence. Bastianelli has always had a good record in Hageland, with 2 victories and a 2nd place as well. I’ve got her finishing 2nd here again as I feel in a pure sprint, Lorena Wiebes is stronger.

For Movistar’s Emma Norsgaard, this race was another confirmation that 2021 was going to be a breakout year for her. A pair of podiums in her opening 2 races was a clear indication of good form last year. This race and Omloop het Nieuwsblad will be her first races of the 2022 season so her current form isn’t known yet.

Grace Brown had an impressive Setmana Ciclista Valenciana as the FDJ team showed that it means business in 2022. Her solo break on Stage 4 wasn’t too far away from being successful and that’s how her path to victory would be here. We’ve seen it before where Brown has managed to steal a march on the sprinter teams. She won De Panne last season by escaping the peloton and her power seeing her through to the end. After impressing at the Women’s Tour at the end of 2021, Clara Copponi could also have a decent race. She’s a useful sprinter, particularly in races with rolling terrain.

Ceratizit WNT has a couple of options. Maria Giulia Confalonieri was 4th here back in 2018 and hasn’t raced it since. She had a quiet Setmana Ciclista Valenciana but the team’s sprint focus was on local rider Sandra Alonso. Last year saw Confalonieri take top-10s in Belgian one-day races so she could be up there. Her new teammate Kathrin Schweinberger got off to a great start to the year by finishing 3rd at Vuelta CV Feminas earlier this month. It’s not clear which one of the pair will get the nod for the team but it’s certainly a promising start to the year for the Austrian.

Aussie Ruby Roseman-Gannon‘s streak of top-10s this season was finally broken after the major climbs in Spain. In finishing 2nd behind Elisa Balsamo on Stage 1, she got her best result in a European race. Roseman-Gannon raced in Belgium back in 2019 so it won’t be completely new ground here either. She is BikeExchange-Jayco’s best shout for a result here and could make it on the podium.

SD Worx isn’t using Lotte Kopecky in this race, so instead, it could be Lonneke Uneken as their main shout in the final sprint. She’s said herself that she’s not a pure sprinter. However, in this sort of race in what could be tough conditions, early in the season she can be a threat still. She may be outgunned by the likes of Wiebes but expect her to be in the top-10. In a similar vein to Grace Brown, Marlen Reusser can be a threat too. Her sustained power could see her escape the peloton and press on with an attack. If anyone can repeat Ellen van Dijk’s solo win in 2018, then Reusser can. Roxane Fournier has also traditionally done well here as well. Finishing in the top-10 in 2017, 2018 and 2019.

Some of the above has changed after the eleventh hour addition of Lotte Kopecky to the start list. She almost was there at Omloop het Nieuwsblad, just missing the main group but getting back on eventually. The efforts nullified any sprint so she looked ahead to this race instead. It’s been a long time since she’s raced here, 5 years in fact! She was 5th then and she can make the podium this year.

Trek Segafredo come here with 3 sprinter options. Chloe Hosking should get the first nod though after being 2nd here in 2017 and 2018. She’s still one of the best sprinters in the peloton but is possibly just behind the likes of Balsamo and Wiebes in the pecking order now. I can see a top-5 for her this year. Amalie Dideriksen still sprints every now and again, so if anything happens to Chloe Hosking then she could get the nod. The former world champion has finished in the top-10 her before. Finally, it’s going to be interesting to see Letizia Paternoster fully committed to the road again. She took some impressive results in 2019 before focusing on the Tokyo Olympics for 2 years. She had a quiet week in Spain but we’ll see a big result again from her soon.

It’s a similar story for Liv Racing Xstra’s Rachele Barbieri who was part of the same Italian team pursuit as Paternoster. She’s periodically got good results, including at the Baloise Ladies Tour last year (2nd on Stage 4) but it’s been a couple of year since we’ve seen consistent results. On her new team, she’s got a chance to fulfil more of her potential.

Finn Anniina Ahtosalo had been building hype in the junior peloton last year, winning Trofeo Binda Juniors. So when she finished 6th in her first pro race at Vuelta CV Feminas a couple of weeks ago, people took notice. She could’ve potentially finished higher but had to negotiate riding over Chiara Consonni’s ankle during her crash. Uno-X has brought a young team here and Ahtosalo looks the best shot for a result.

Silvia Zanardi had a stonking week at the Setmana Ciclista Valenciana. She won the youth classification but for a track rider who I’d considered a good one-day sprinter, she did remarkably well on the queen stage. She was 13th at the summit finish, backing up her 3 top-10s in the other stages to finish 8th overall. A punchy sprinter, the race probably won’t be hard enough for the pure sprinters to be too worn out but I still expect to see her up there.

Finally, Valcar has Chiara Consonni as their main option. It was looking good for her at the Vuelta CV Feminas until she was cut up and fell. In what looked a nasty, high-speed crash, Consonni luckily came away with only bumps and bruises. After a couple of weeks to recover, she can put that behind her and get a good result here. She’s probably a longer shot out of some of the favourites as her best result in this race is only 79th. However that would’ve been whilst working for Elisa Balsamo. Now with the leadership role, we should expect big things.

It’s been a tough couple of years for Jess Roberts, each time she’s had a breakthrough, there have been injuries. She’s moved to Coop-Hitec Products for 2022 as a bit of a reboot. It might be asking quite a bit for Roberts to turn it around in the first weekend but with her potential it’s always going to be possibility.

Top Girls Fassa Bortolo rider Debora Silvestri has had some good results in hilly races with a sprint to finish. She doesn’t have much experience in Belgian races and her results there weren’t as strong. I can certainly see how she could do well here but a top-20 is probably realistically a good result.

Le Col-Wahoo’s Maike van der Duin picked up some strong results in 2021. 4th in GP Fourmies and 7th in Kreiz Breizh Elites Dames showed that she can race on hilly parcours. She’s also on the cusp of a spring classics top-10 after finishing 14th at Scheldeprijs last year. Only 20 years old, she’s one to keep an eye on all Spring.

It’s probably a touch early for Marith Vanhove who is about to start her first pro season for Parkhotel Valkenburg. She’s one to keep on the radar though. She was 7th in the sprint at the end of the Junior Worlds in Flanders last year and won Belgian junior nationals. The previous year, as a first-season junior, she was 2nd at the European Championships