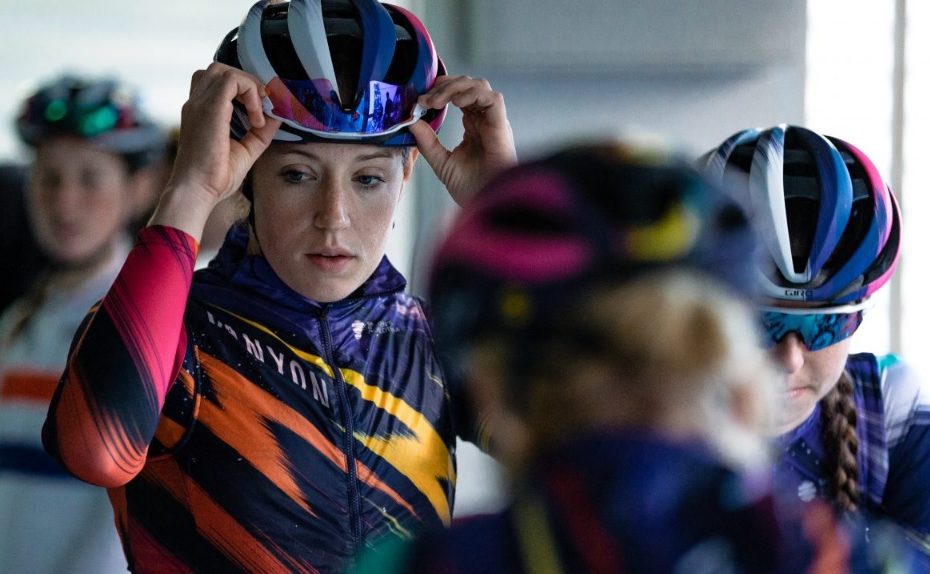 Tanja Erath finished third today in the short but tough La Perigord race in Boulazac, France. The CANYON//SRAM Racing rider was in an eight-rider breakaway that formed in the three local laps with less than 20km remaining. Race winner, Sheyla Gutiérrex Ruiz (MOV) went clear on the final climb, while Erath finished in third place behind Sandra Levenez (ARK) in the UCI 1.2 race.

“I am super happy. My first pro podium! For sure I was looking forward to try my legs in a bunch sprint and eyeing the top step, but to be able to follow the moves on the climb and stay there until very close to the end, made me really happy about my development. I am absolutely stoked.”

Tanja’s podium place capped off a successful day for the German rider, after securing the sprint classification earlier in the race.

Tanja continued, “The first time up the climb in the local laps, there were a few attacks and the peloton was stretched out. Hannah (Barnes) and I stayed at the front and the second time up the climb, the fireworks continued and Hannah and I shared the work. I followed the final move, the break formed, and it stayed away to the finish.”

“The last time up the climb the pace was high. Maybe 600m ahead of the QOM Gutiérrez attacked and I couldn’t follow anymore. It was well timed and Levenez and her got a good gap right away. The other riders were already gapped behind us. With the two riders ahead and three chasing behind, I was really happy I could keep my third place. Podium and the sprint classification were our main goals. Even though it wasn’t the top step, it worked out, and I’m very happy to celebrate my first pro podium.”

Tanja’s teammate, Jess Pratt, had her first race in Europe with our team at La Perigord.

“There were some very strong rides by our team today. It was an awesome result for Tanja and that was great to see. Personally, I have had better performances. I feel disheartened by the fact that I made a few little errors and feel as though they cost me and I couldn’t contribute to the team as much as I would have liked too. It was still good to have my first race out of the way and I’m excited to build on this for my next race,” explained Jess.