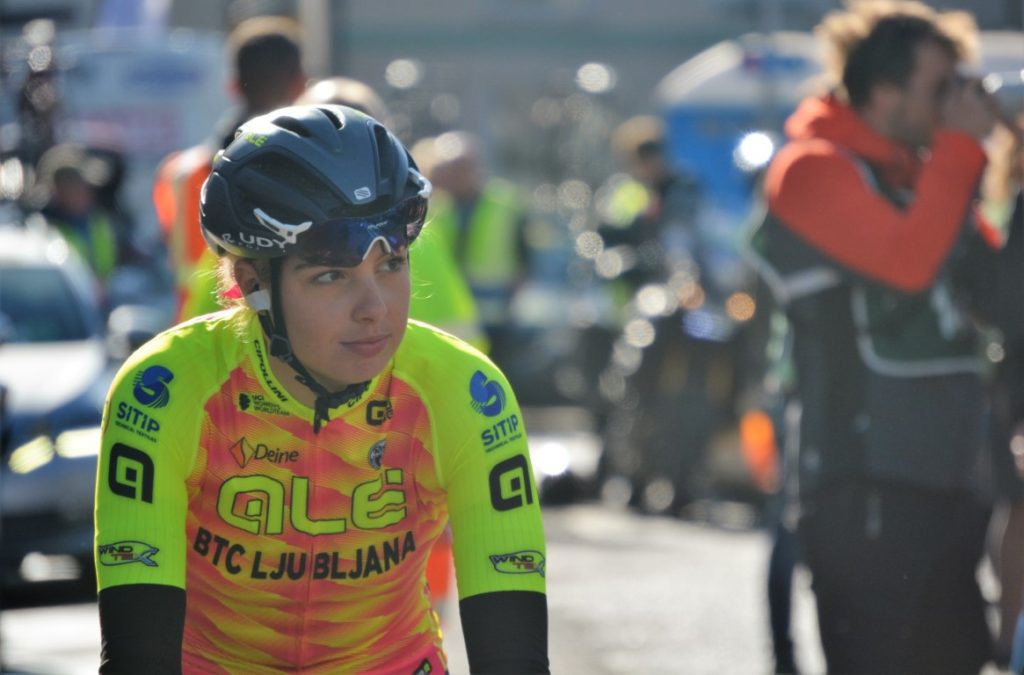 The domestiques are the often unheralded members of the women’s peloton. It’s rare they get the chance for personal glory and so simply looking at a list of rider’s results doesn’t tell the full story. These riders help chase down breakaways, position their leaders near the front, grab bottles for their teammates and go off on doomed breakaways themselves.

The 2020 women’s cycling season was understandably a bit different to normal, with the lockdown interrupting the middle part of the year. That meant even less opportunities for some of these riders to shine but those who raced in Australia at the start of 2020 got to make a lasting impression.

Maaike Boogaard (pictured above) ended up being the rider with the most race days in the 2020 season, with 36 days of racing all in all. Boogaard’s a young up and coming rider who did get the odd chance to get her own results. She was a solid 15th Overall at the Herald Sun Tour before finishing the season with 8th Overall at the WWT Ceratizit Challenge. Her strong time trial helped get that result and it’s those skills that see her working for the team more often than not. She’s also got a reasonable sprint and isn’t a bad climber. At this point in her career, she’s a decent all-rounder rider.

Jess Allen has made a career out of helping her teammates. Her only win is in the Oceania Championships in 2014. Her best results in recent years have been in team time trials but that doesn’t mean she excels in individual time trials generally. Although she was junior World TT Champ in 2011. She does a massive amount of work on the front of the peloton and takes on the ‘breakaway killer’ role for Mitchelton-Scott. She truly is one of those domestiques you have to watch the races in full to see the real value of her work.

On another team, Majerus would be an undisputed leader. But on the stacked Boels Dolmans team, she often works for others before getting the chance to sprint herself sometimes. In 2019 she had a great overall season, sprinting well and achieving good overall results in the short stage races without major climbs. That included winning the Boels Ladies Tour near the end of the year. She had a largely classics dominated season in 2020 and there she often works for leaders Anna van der Breggen and Chantal van den Broek-Blaak. Every now and again the cards will still fall into place for her to do well and she was 2nd at Le Samyn.

After a great classics season in 2018, Ryan has settled into a support role on the Canyon SRAM team. She started 2020 well with a top-10 on a Tour Down Under stage. Her 2020 season was affected though early on in lockdown by breaking her collar bone whilst mountain biking. She was thrown back into racing post-lockdown for the major classics. Ryan DNF-ed many supporting her teammates before finishing 7th on the first stage of the Ceratizit Challenge whilst getting Alice Barnes into a great position.

The season started with everyone wondering if Shara Marche was Shara Gillow after the rider got quietly married in the off-season. The Aussie took on her local races and did well. Top-10s in both national championships and 2 more at the Tour Down Under were achieved as she took 12th overall. She made it to Europe for the post-lockdown races and finished 15th at the Tour de l’Ardèche. That race saw her nearly take a breakaway win by she was swallowed up by the peloton with 900 metres left to go. She guided teammate Cecilie Uttrup Ludwig to a great launch position to take the win at the Giro dell’Emilia. Marche won’t be racing in 2021 after retiring at the World Championships.

Another FDJ Australian rider, Chapman loves the breakaway. She took the win at the Race Torquay with a break with 3 laps to go and held on. A couple of weeks earlier she’d been caught in the final kilometre on Stage 1 of the Tour Down Under after another epic breakaway. She turned into a lead-out rider during the Giro Rosa, setting a high pace on the final climb with a couple of km to go. This protected Evita Muzic who went on to take the stage win. Throughout that race and the classics season, Chapman was another FDJ rider helping to keep Cecilie Uttrup Ludwig’s legs fresh for her strong results.

Now a couple years after her great 2018 season, Biannic has settled into a team role for Movistar, whilst still getting solid results during the classics season. In the sprint stages, she’s often employed as part of the lead-out train for stronger sprinters like Guarischi. She set-up Alicia Gonzalez in the sprint at the end of La Course, whilst still finishing 16th herself and it was a similar story at Gent Wevelgem for Jelena Eric. Biannic still has the quality to offer the Movistar team a lot of help, especially with their raft of new 2021 signings.

Lauretta Hanson only really got one chance to shine in 2020 and she took it by finishing 5th on the final stage of the Tour de l’Ardèche. She’d found herself as the only Trek rider in the front group so contested the sprint. She’d been riding hard earlier on in that race for team leader Audrey Cordon-Ragot, doing lots of work that we never got to see as the race wasn’t televised. She was part of the unfortunate Trek pile-up at the base of the final climb at the Giro dell’Emilia as they tried to set up Longo Borghini and Deignan. At least her 2020 season ended better than in 2019 where a crash with a head impact curtailed the end of the year.

A fair few TIBCO riders announced themselves to the wider world in 2020. Sarah Gigante created some hype in the Australian and virtual races, whilst Lauren Stephens was consistently good throughout the year. Faulkner worked for Lauren Stephens at the Tour de l’Ardèche as her teammate won the GC. Faulkner herself took a stage win, allowed to go up the road with her job supporting Stephens complete that day. She was Stephens’ shadow at Brabantse Pijl too, finishing next to her. She’s potentially a rider to watch in 2021 in her own right.

Another rider who was let loose during the Australian part of the season. She was a loyal lieutenant to Ruth Winder, who won the Tour Down Under, before finishing 3rd from the break at Race Torquay. It was a similar story at the Cadel Evans Great Ocean Road Race where she was able to take 4th place. After that point of the season, she did a tonne of work supporting leaders Elisa Longo Borghini and Elizabeth Deignan, in particular. Plenty of DNFs and OTLs in her 2020 results hide the hard work that went on, especially as sometimes the TV cameras didn’t pick it up.