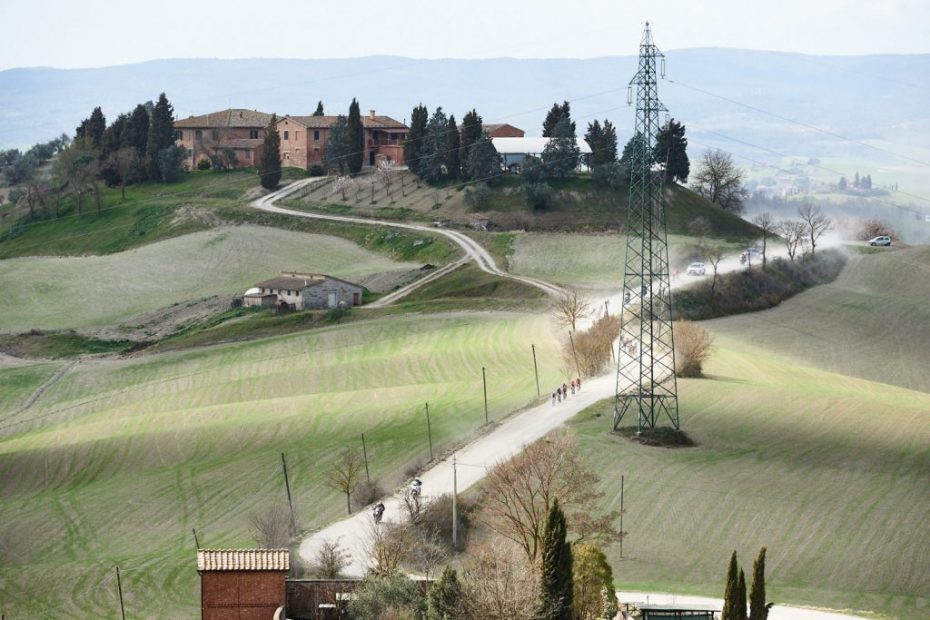 A strong women’s squad is aiming for the top step in the first WorldTour classic of the new season.

How Strade Bianche is presented to the world is a play on words that is as simple as it is incisive: Europe’s most southern northern classic.

Although it has been on the professional cycling calendar for less than 15 years – the men’s first edition in 2007 and women’s in 2015 – this modern but traditional classic has immediately earned itself a title equal to those with decades of history.

Rescheduled from March to August, the 2020 edition of Strade Bianche will take place this Saturday. The eagerly awaited Italian classic, and the first of the WorldTour circuit after the restart, will see a robust contingent of the world cycling elite, both male and female, lining up.

Trek-Segafredo has already confirmed the presence of Vincenzo Nibali and Giulio Ciccone for the men’s team, and the women’s is pinning its chances on a very aggressive squad led by two absolute protagonists in women’s racing history: Lizzie Deignan and Elisa Longo Borghini.

Supporting the two leaders are cyclocross star Lucinda Brand, classics and time trial specialist Ellen van Dijk, US Champion Ruth Winder, and one of the most hardworking team players to be found in the pro peloton, Tayler Wiles.

“It will be hot and dusty and will make the Strade Bianche even harder than expected,” said Giorgia Bronzini, team director for the race together with Ina-Yoko Teutenberg. “It will be a test of physical and mental endurance, which distinguishes great champions from great athletes and what unites our two leaders, Lizzie and Elisa. Their great performances result from their enormous talent but, above all, of their stubbornness and their ability to suffer more than others on bikes. In special races like the Strade Bianche, technical characteristics count, but only up to a certain point.”

Ruth Winder on the final gravel sector at the 2019 Strade Bianche.

The high mentions for Deignan and Longo Borghini are more than deserved, given their incredible palmares at Strade Bianche. The Briton won in 2016 while wearing the World Champion’s jersey and podiumed in all three editions she raced (2nd in 2015, 3rd in 2017). Longo Borghini won in 2017, finished 3rd in 2015 and 2018, and 4th the year Deignan won.

We asked the two Trek-Segafredo leaders what makes Strade Bianche so special for them.

“Strade Bianche is one of the toughest one-day races I’ve ever attended,” said Deignan. “It’s a selective race that requires an aggressive approach; you can’t play defense or have a wait-and-see approach. When you reach the final steep climb, entering in Siena and before the arrival in Piazza del Campo, there is only a very small group of riders who can have a chance.

“This is the moment in which you feel the strongest push. The desire to arrive alone, with arms raised, with your contenders behind, it’s a feeling that few races transmit. All these are the components that make this race as one of my ideal: aggressiveness, tenacity, and pure adrenaline.”

“Putting myself to the test in the toughest races is a constant in my life as an athlete,” agreed Longo Borghini. “And Strade Bianche is one of the hardest tests. Technically, it’s very tough and a sort of hybrid. It’s hard and demanding as a Northern classic, and the number of hours in the saddle and amount of elevation, similar to a mountain stage.

“I think that the high coefficient of toughness is what attracts me the most. Every year the anticipation of racing Strade Bianche gives me maximum motivation. There wasn’t a time that I wasn’t smiling at the start, maybe also for the beautiful landscape in which the race is integrated.”

Even our athletic gesture as riders… between dust and fatigue, takes on an artistic sense. No race in the world can boast anything of similar significance.

Like the cobblestones of Paris-Roubaix, the white gravel roads – Strade Bianche – offers something unique, giving the race an immediate status amongst fans, media, and cyclists.

“The atmosphere at the start is an integral part of the beauty of a race. It is raced in one of the most beautiful places in the world. The white roads of Tuscany are unlike anywhere else; it feels like we are racing through a painting. And that makes the race even more special,” said Deignan.

“Since the days before the race, with the recon of the route and the obligatory coffee in Piazza del Campo, you feel in a different dimension,” added Longo Borghini. “This event, this part of the world, transmits culture and art. Not only created by man, but also the natural landscape. Even our athletic gesture as riders, inserted in that context, between dust and fatigue, takes on an artistic sense. No race in the world can boast anything of similar significance.”

Lizzie Deignan at the Trek-Segafredo training camp in Sicily.

Within the race’s beauty, Trek-Segafredo’s two leaders’ victories cannot be ignored: both incredible performances that highlighted the importance of the technical aspect of the race – and luck.

“When I won, I arrived at the race in the best condition,” explained Deignan. “I think this is a fundamental element. You have to take care of the approach, even if this year is, of course, different and also difficult depending on the rest of the season’s goals. The race is like a rollercoaster with very little respite between the different gravel sectors.

“Obviously, you have to hope to not have technical problems because an extra waste of energy is what you have to avoid getting to the final wall with enough for the finish climb. Unless you have a super engine like Elisa,” added Deignan, smiling.

“Said by Lizzie, that’s an honor,” responded Longo Borghini. “Actually, my race in 2017 started in the worst possible way. I was involved in a crash in the first gravel sector, and the bike broken. Next to me was Audrey Cordon-Ragot, my inseparable teammate since 2014, who did not hesitate and gave me her bike. Thanks to that gesture, I wasn’t too late, but I was forced to ride all the remaining sectors with a bike that wasn’t mine. The unpredictability is one of the factors to be taken into great consideration for the Strade Bianche. It can’t be considered a technical aspect, but you have to be ready to face it as such if you don’t want your race to end before it starts.”

Among this unpredictability, which is added an unprecedented shift from its usual winter date to summer, the only certainty that Trek-Segafredo can rely on for Saturday is motivation.

“I’m sure we will race very aggressively,” said Deignan, confidently.

“And I want to believe we’re in for a wonderful surprise,” smiled Longo Borghini.

We’re happy with how the race debut in Spain went. We had proof that all the riders have good form, not just Lizzie and Elisa. The team on Saturday is strong and well prepared; now we need to be motivated and ambitious to the maximum.

Trek-Segafredo lineup for the 2020 Strade Bianche: