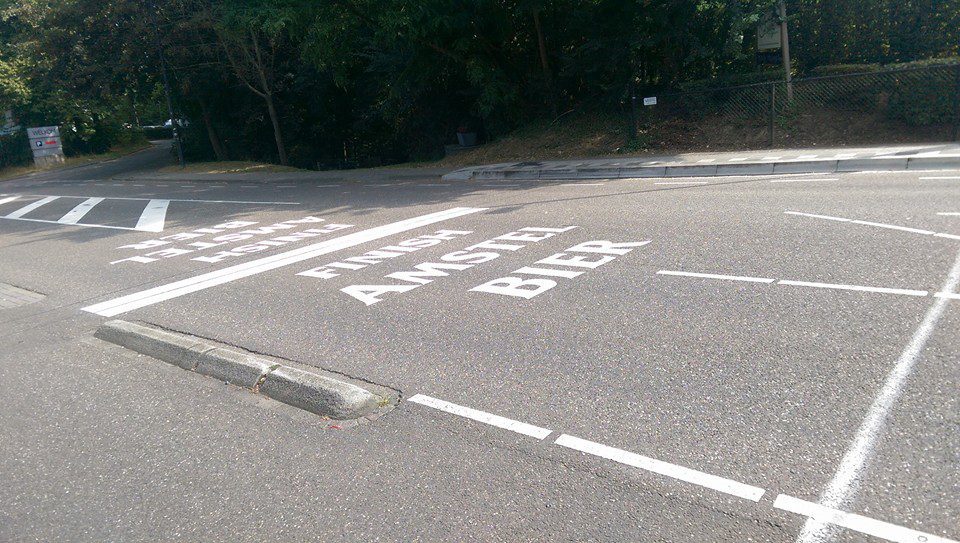 Done are the Flemish classics, we’ve now moved onto the Ardennes region. These races follow a different pattern to what we’ve seen already this year, cobbles are pretty much done with but are replaced with a multitude of short sharp climbs instead.

The famous climb in Amstel Gold is the Cauberg, found in Valkenburg near the southernmost tip of the Netherlands. The race will ascend the Cauberg multiple times before finishing the other side in a flatter sprint to the top compared to pre-2017 editions.

This changed how it was raced and meant we avoided the waiting for a final sprint up the climb to decide the winner – a good improvement.

Fresh from winning Paris Roubaix last week, the obvious bookies favourite is Peter Sagan. He was accused of not having the form of previous years earlier in the Spring but shut that down by winning Gent Wevelgem and the aforementioned Paris Roubaix. He’s clearly in some form. As we’ve made it to the Ardennes Classics, Alejandro Valverde muscles into the favourites conversation.  He’s never won Amstel Gold, but has 3 podium finishes previously. The flatter finish since last year makes him likely to outmuscle other riders he may find himself with – he should be there at the end. Michal Kwiatkowski loves this race, he’s taken part 4 times and never finished lower than 5th – he also won the race in 2015. He’s done well in stage races so far this year, winning two. Philippe Gilbert is a 4-time winner of Amstel Gold. When he’s been allowed free-reign this Spring, he’s done everything but win but has podium places in E3 Harelbeke, Ronde van Vlaanderen and Le Samyn – in all those, the same teammate won instead. 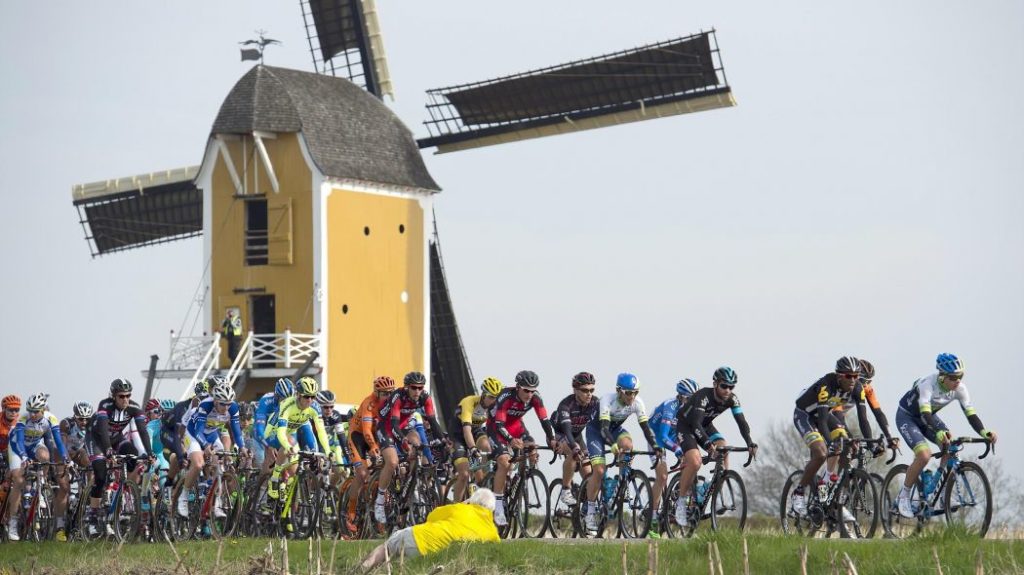 Michael Matthews is another ride with strong results. In 4 attempts his lowest finish is 12th and he’s paid a visit to the podium as well. He’s had a respectable Spring with no stand-out result but 7th in Milan Sanremo, 13th in both E3 Harelbeke and Gent Wevelgem is alright. If Gilbert doesn’t take charge, then Quickstep have Julian Alaphilippe. He’s finished 6th and 7th before and will be wanting to go into the Ardennes Classics strongly. He won two stages at the Tour of the Basque Country last week so he’s definitely a man in form. Sonny Colbrelli finished 3rd here in 2016, he’s also had a 2nd place this week in Brabantse Pijl – effectively winning the bunch sprint after Tim Wellens made a successful break. This is one of the races he’ll be focused on for the year. That winning break obviously means Tim Wellens also puts himself in the favourites conversation. He had an awesome Paris Nice too.  In his final race of the Spring, Greg Van Avermaet will be looking for his first Classics win of 2018. He’s had a good Spring, but not a great one – after going missing in the first races, he’s on a run of 5 top-15 results. For anyone else that’d be a good run, but we’ve become used to seeing better.

If the BMC charge isn’t to be led by Van Avermaet, then Dylan Teuns will be the man. He finished 7th in Brabantse Pijl and looks like he is their man for the Ardennes. Tiesj Benoot has had a great 2018. That Strade Bianche win was followed by 4th in Tirreno Adriatico, 5th in E3 Harelbeke, 7th in Dwars Door, 8th in Flanders and 3rd this week in Brabantse Pijl. He’s a strong shout for another top 10. Mitchelton-Scott’s hopes will be on Michael Albasini, he finished 3rd last year on the new finale. He’s not had many standout results in 2018 but 4th on a Basque Country stage last week is encouraging. The backup Bora option is Jay McCarthy. If Sagan is unable to deliver then he’ll be asked to step in. McCarthy won a stage in the Basque Country last week to show his form. Bahrain’s Enrico Gasparotto is a two-time winner of Amstel Gold. His win in 2016 re-established his career, deep into his 30s. He worked hard on the final climbs of Brabantse Pijl, riding on the front to try to pull in Wellens.

Omloop Het Nieuwblad winner Michael Valgren had a quiet Spring afterwards until crossing the line 4th in the Tour of Flanders. It seems that all or nothing is the likely result – making him hard to rule out because he just might be up there.

It’s not a race that necessarily makes him a favourite, especially with strong teammates to ride for but Niki Terpstra is considered a favourite after being the dominant rider of the Spring. Vital Concept’s Bryan Coquard gets a mention as the redesigned finish may suit him. He finished 19th in Brabantse Pijl this week.

Nathan Haas finished 4th in Amstel Gold last year so clearly likes the new finish. His form this season is iffy though since the Tour of Oman earlier on this year. Vincenzo Nibali gets included as he tries to win every race possible. After winning Milan Sanremo, a late break with a bit of luck and he could manage a repeat here. Diego Ulissi also falls into that boat. It’ll require a puncheur attack and a bunch unwilling to work together – something we’ve seen a lot of in 2018 for him to finish strongly.

A host of strong one week racers have a chance – Ion Izagirre, Primosz Roglic, Bob Jungels and Sergio Henao. The climbing involved will suit them, but the long drag to the finish should prevent them from winning unless they get clear. For many, this race is an elite warm-up for the Ardennes Classics. Finally, after last week’s display, it’s hard to ignore Silvian Dillier. Realistically he probably doesn’t have a chance here. He did manage 14th in Trofeo Laigueglia earlier in 2018 which shows he could manage a similar result in Amstel Gold. 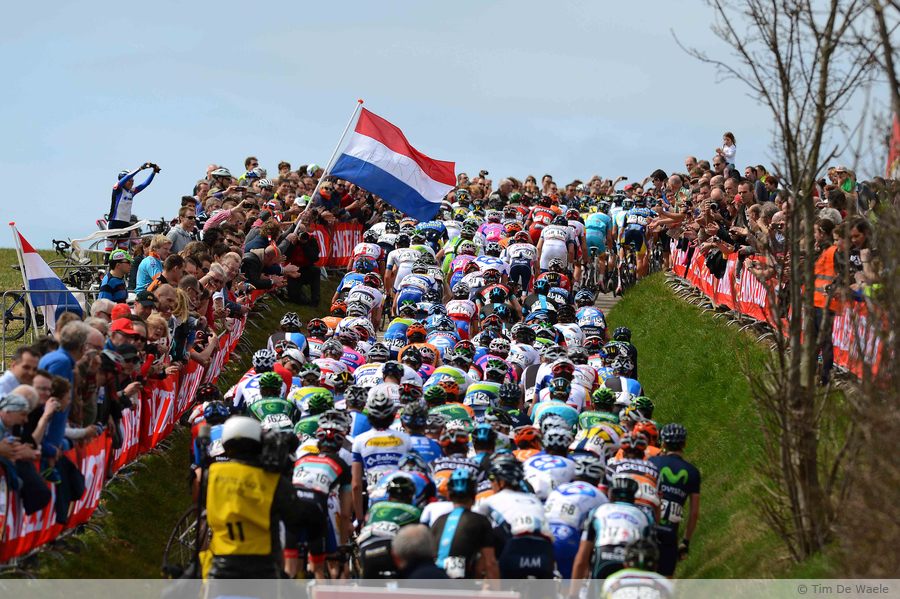