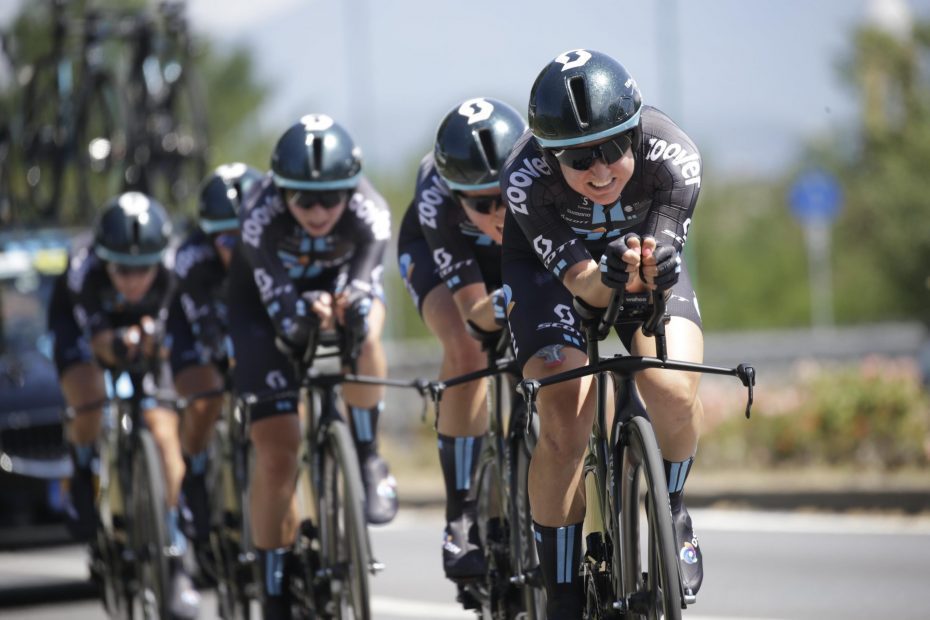 It took a while for Team DSM to spark into life in 2021. Their best result in the first 6 weeks of the season was 5th at Nokere Koerse. Lorena Wiebes got the team off the mark by winning Scheldeprijs though. DSM ride on the success that’s almost guaranteed by having the best sprint in the women’s peloton. Wiebes had taken 10 wins by the time someone else on the team took a victory. That was taken by Coryn Labecki on a Giro Donne stage that looked too tough for Wiebes on paper.

That first non-Wiebes victory seemed to open the door for others to take their chances. Pfeiffer Georgi took her first pro win at GP Fourmies and Floortje Mackaij won a stage and GC at Trophee des Grimpeuses. Despite all the wins, it was a statistical quirk that DSM didn’t win a Women’s WorldTour race until October. Lorena Wiebes, predictably, helped pad out the success with a pair of wins at the Women’s Tour and then Ronde van Drenthe.

Obviously Lorena Wiebes will continue to be the lead rider for Team DSM. Liane Lippert loves a punchy finish and will be looking for a win in 2022 after drawing a blank this season. She wasn’t far off her 2020 form but just not quite winning races. Pfeiffer Georgi stepped up to the plate this year though. Her first pro win was followed by winning the British national championship, so she’ll be racing in the national stripes in 2022.

I’d love for us to see the old Floortje Mackaij again in 2022. The rider who would go off on sometimes doomed attacks but also take epic wins. Juliette Labous is the team’s main GC rider and gets better every year. She’s usually supported by Leah Kirchmann, whose ability to both sprint and TT well helps her do well in certain stage races. Both riders could also do with a win in 2022 after a year without.

Team DSM have had a bit of a roster refresh with some well-established names on the team leaving for pastures new. Labecki is the biggest loss but she was getting less chances with Wiebes on-board. Olausson and Andersen joined the team with plenty of talent but have plateaued a bit – a new team is the right move. Julia Soek has retired from riding but joined Drops-Le Col as a DS from 2022.

It’s no surprise that the team have focused on youth with their new recruits. Charlotte Kool had a breakout year in 2021, taking her first pro wins and plenty of other good results. She will be able to learn from Wiebes but won’t get as many chances. Lea Curinier joins from Arkea after impressing at Thuringen Ladies Tour. She will get the chance to develop at DSM. After impressing at junior level, Francesca Barale looks like a good signing. She was 4th at junior Trofeo Alfredo Binda and junior Europeans. Only 18, she may not be an instant success but one to watch. It’s a similar story with Elise Uijen. The young Dutch rider was 4th at junior Worlds and clearly has potential.