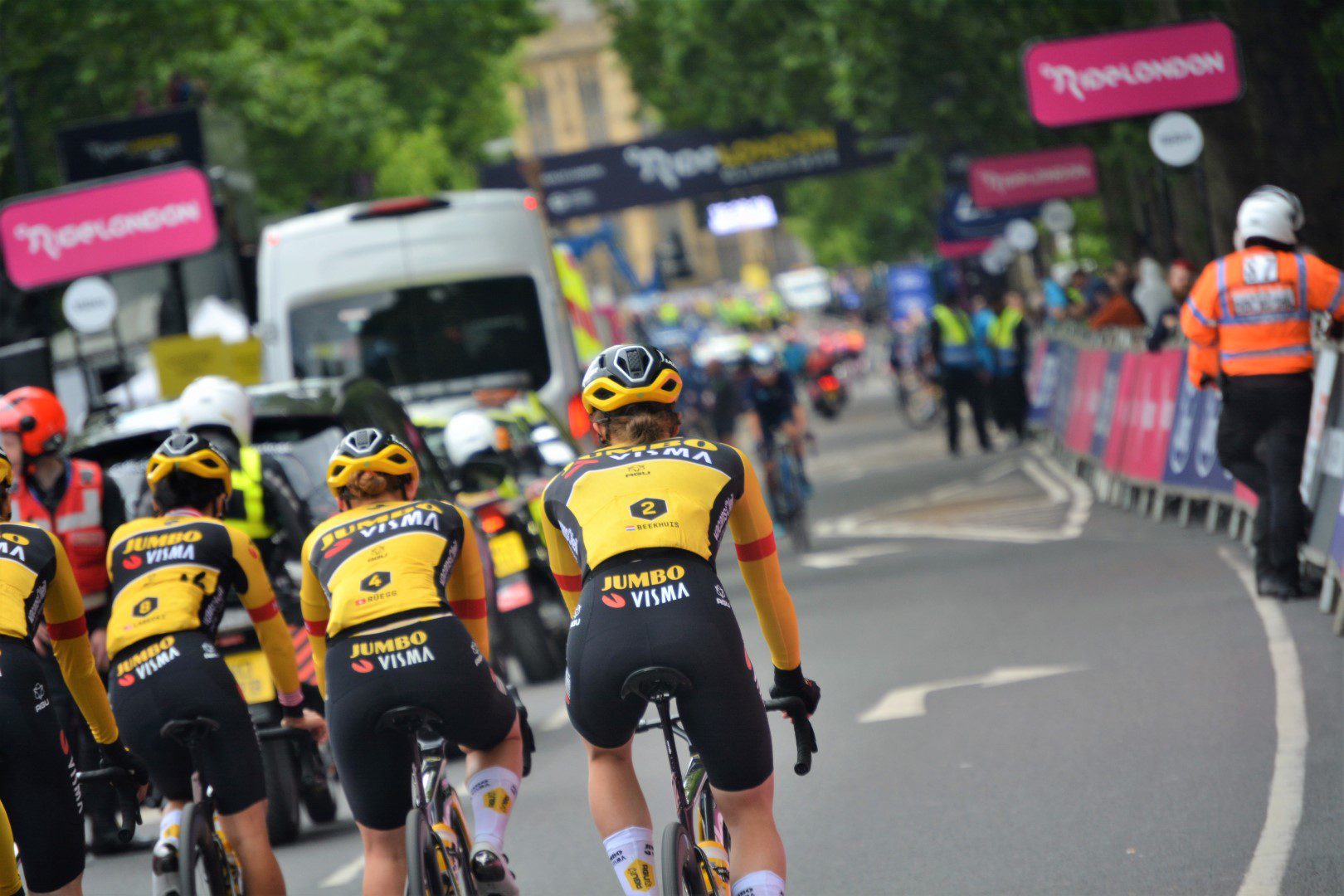 Jumbo-Visma continued to be very very dependent on the GOAT, Marianne Vos for wins in 2022. The all-time star took 8 victories and only Riejanne Markus with 2 and Anna Henderson took victories elsewhere. Vos’ reduced number of race days always means there are plenty of opportunities for riders to step up – for example whilst Vos did 27 race days, Karlijn Swinkels did 53 in 2022. However, not many are currently taking those chances. Karlijn Swinkels is doing her best to dispel that though with probably the best year of her young career so far. She is going to be a continual threat in short-stage races with a time trial – that’s how she got her results of 13th at Bloeizone Fryslan, 6th at Festival Elsy Jacobs and 3rd at the Simac Ladies Tour.

In that regard, Riejanne Markus is in the same boat. A similar style of rider who was 2nd at Bloeizone Fryslan and 4th at the Simac Ladies Tour with a stage win. That solo effort was impressive but so was the style in which she won the Dutch national championships on the VAMberg. Toe to toe with Shirin van Anrooij, she just about held off the Trek rider and a chasing pack that contained the likes of Wiebes, Vos and Brand. The team has another similar rider in Anna Henderson who won the opening prologue of the Festival Elsy Jacobs before also going on to finish 7th at the Simac Ladies Tour. The team arguably continues to miss a pure sprinter and a pure climbing GC rider, especially when Marianne Vos isn’t on the start list.

Obviously Marianne Vos. The supporting cast of Riejanne Markus, Karlijn Swinkels and Anna Henderson will all have taken confidence from their 2022 seasons and will be looking to push on some more. A first Women’s WorldTour win for the latter pair will be on the list of goals for 2023. If you want a darker horse to join these riders then Amber Kraak seems like a good shout. 2nd at Classic Lorient Agglomération to Mavi Garcia in 2022, she’s still learning what sort of rider she is. There are hints that Kraak could be a great rolling course one-day racer.

Young German Linda Riedmann is also on the cusp of truly breaking out. There was the odd result in 2022, particularly when able to race at U23 level in national/European championships where she shone. Her 4th place at the start of the Tour of Scandinavia is a hint that maybe the former junior World Champs bronze medallist is a budding sprinter on tough courses. Eva van Agt is similar to Kraak in being a later addition to the women’s peloton and her first full year at Le Col-Wahoo last season had a few highlights. I think she will be mainly used to support other riders but there will be one or two races that sees her get a good individual result.

Noemi Rüegg has another year under her belt and feels like she might become a similar Jumbo-Visma template rider as Swinkels, Henderson and Markus. A good TT, she also has some finishing speed that saw her in the top-10 at Nokere Koerse in 2022. As pretty much the only pure climber on the team for 2023, Kim Cadzow has a surprising free rein to go and get some results. Overall GC might be tough but she will be likely to do something like the result Petra Stiasny did at the Tour of Romandie last season.

The team has undergone some refreshing for 2023. Both Aafke Soet and Jip van den Bos have left after 2 years on the team, needing to spend some time away from cycling. For Soet, it’s probably a permanent move but Van den Bos holds out hopes of a return. She has been struggling to get back to 100% after a concussion and is slowly moving to a role behind the mic on Dutch Eurosport. We may see her back in the peloton again though. The losses of Romy Kasper and Anouska Koster will probably be felt more on and off the bike by the team’s young riders. Both are strong in a road captain way with Koster seemingly always on the cusp of a really strong result without quite delivering.

Jumbo-Visma has brought in youth for the most part as replacements. The most hyped of which will be Fem van Empel after her World Cup-winning cyclocross season. She’s firmly under the wing of Marianne Vos. Kim Cadzow is another rider to get hyped around after the climber finished 5th on Mont Ventoux last season. Eva van Agt has shown she has more room to develop as a latecomer to the women’s peloton. 8th at the GP de Wallonie is a possible indicator that she can do well in races in 2023. The trio of Oudeman (after a year at Canyon SRAM from winning Zwift Academy), Reijnhout and Veenhoven are the youthful wildcards. Veenhoven had the best results as a junior, including winning Gent Wevelgem juniors and finishing 4th at the Tour of Flanders juniors.