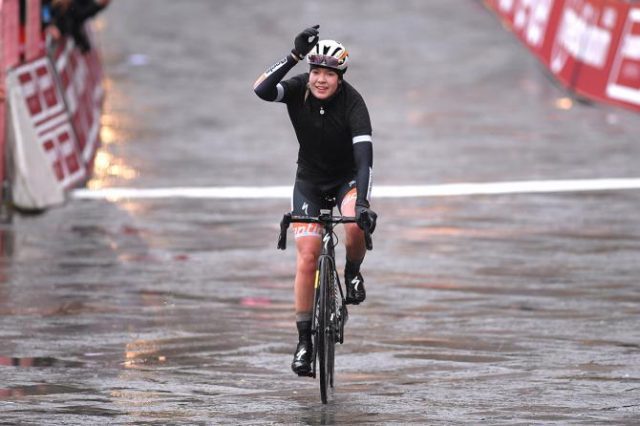 Strade Bianche is finally, finally here! It’s been a long time coming but the Women’s WorldTour resumes this Saturday. The last top-tier race was back in Australia at the Cadel Evans Great Ocean Road Race, an eternity ago! Liane Lippert has been the WorldTour leader since then after her great racing in Australia. The curse of the rainbow bands seems to not apply to Annemiek van Vleuten who has started her season with a string of victories.

Everyone loves the white gravel aspect of Strade Bianche. It’s what separates the race from almost anything else on the women’s cycling calendar. The iconic final climb in Siena will often see a race decided, as we lose sight of the riders for a second before they swoop down into the famous Piazza del Campo in the heart of Siena. We’ve had 5 editions of the women’s Strade Bianche and 5 different winners so far. That unpredictability is one of the reasons the race is great to watch. It’s also important to remember that it’s spelled Bianche with an e and not Bianchi with an i! The temptation is to name the race after the famous celeste coloured bike brand when really it’s after the whiteness of the gravel roads.

Well, it’s tough to look past Annemiek van Vleuten as the number one favourite. She’s won 3 races in the last week to keep her winning streak going. It now extends from the Yorkshire World Championships last year, to Omloop het Nieuwsblad and now the 3 races in Spain recently. Annemiek van Vleuten won the 2019 Strade Bianche too so will want to retain her title. As usual, Mitchelton-Scott’s Plan B will be Amanda Spratt. With her teammate often down the road, it’s tough for Spratt to do her own race. She didn’t finish last year’s race but was 7th and 8th here in previous years.

Elisa Longo Borghini won the 2017 Strade Bianche and is a big home favourite. Apart from her win, she’s also been on the podium twice with 3rd places in 2015 and 2018. Her 2020 season started with the races in Spain this week. She did well too, finishing 4th, 2nd and 3rd (in that order) across the week. Once again she’s a good shout for the podium. Ellen van Dijk can’t be ruled out but is probably only a shout for a top-10 finish. She’s had 3 top-10 finishes in 2020 with a best of 5th in both Omloop het Nieuwsblad and Le Samyn. Her best result in Strade Bianche is 9th place.
Trek also have the 2016 winner for good measure in Liz Deignan. She’s never finished off the podium here with a 2nd and 3rd place either side of her win. She’s not been back to the race since 2017 though. She was 9th in Nafarroako Klasikoa last week so has some form.

Anna van der Breggen won Strade Bianche in 2018. That year she launched one of her trademark long-range attacks and won by 49 seconds over Katarzyna Niewiadoma. She was only 9th though last year so success isn’t guaranteed. Her form is good though having won the GC at Setmana Ciclista Valenciana pre-lockdown and a pair of 2nd places behind Van Vleuten in Spain this week. Strade Bianche is one of Chantal van den Broek-Blaak’s targets as well. She finished 4th in 2018 and 10th in 2019. Her 2020 season started well with 4th in Omloop het Nieuwsblad and winning Le Samyn des Dames. A Classics specialist, she’ll want to add Strade Bianche to her palmares.

The current WorldTour leader is Liane Lippert who had a great start to the season in Australia. She was 2nd in the GC at the Tour Down Under before going on to win the Cadel Evans Great Ocean Road Race. She’s not got a great history at Strade Bianche though with a best finish of only 16th. Her teammate Floortje Mackaij also started the season well with 3rd place in Omloop het Nieuwsblad. Similar to Lippert though, her best Strade Bianche finish is only 23rd, but that was back in 2017. Sunweb have other big names riding like Coryn Rivera and Leah Kirchmann. Kirchmann has a 10th place Strade Bianche finish from back in 2016 but there’s not much else to suggest that either will do well here this year. The team themselves have said they’ll perform a support role.

CCC-Liv will have their usual star power at Strade Bianche. They didn’t get to take part in some of the Spanish races recently but did do the Emakumeen Saria. That was the first race of the season for Marianne Vos and she finished 17th on a parcours that doesn’t really suit her. Strade Bianche is one of the few races where Vos hasn’t been super successful in the past. She’s only raced it in 2017 and 2019, with a best finish of 7th place last season. Her teammate Ashleigh Moolman may have the better chance. Her best finish is 4th in 2015 but she’s a regular in the top-10 with 6th and 8th place finishes in the last 2 seasons. She was also 6th in the Emakumeen Saria last week too.

Canyon’s Katarzyna Niewiadoma has a great past record in Strade Bianche. She spent 3 years finishing 2nd to different riders and finished 3rd place last season. The closest she’s come to winning was the 2 seconds she missed out by in 2017. Strade Bianche will be Niewiadoma’s first race in 2020 so we’ve no indicators of form. Marta Bastianelli started the season well with a win in Spain and a pair of 2nd places in Omloop weekend. She was 4th in last season’s Strade Bianche as she put together a consistently good start to the season. She was 7th in the one Spanish race that really suited her last week, a sign that she’ll be in the top-10 again.

The popular Dane Cecilie Uttrup Ludwig has never finished outside the top-10 at Strade Bianche. Her best result came in last year’s edition where she was 5th. She’ll have no problem on the climbs but is maybe lacking a tiny bit of extra punch for that final climb in Siena. Paule Ka have the twin threat of Lizzy Banks and Clara Koppenburg. Lizzy Banks is the punchier rider so may suit the sprint up the final climb better than her teammate. She was 6th at Omloop het Nieuwsblad earlier in the season. Clara Koppenburg is the better out and out climber though. She was 6th at Emakumeen Nafarroako Klasikoa and then 4th in the Emakumeen Saria last weekend.

TIBCO’s Lauren Stephens started the season well with 4th in the Tour Down Under and 7th in the Cadel Evans race. During lockdown she’s been doing well in the virtual racing, winning 2 stages at the Virtual Tour de France and a pair of 2nds in the V-Women’s Tour too. 2020 could be the year where she improves on a best finish of 19th place here. Finally, we’ve not seen Demi Vollering since she finished 3rd Overall in the Setmana Ciclista Valenciana. She’s never raced Strade Bianche before but the climbs shouldn’t pose a threat and she should be useful on the final climb into Siena as well.

Lucy Kennedy is once again the third option for Mitchelton-Scott. She was 5th in 2018’s Strade Bianche but that was with no Annemiek van Vleuten on the startlist. The climbs in the race shouldn’t phase her, it’s just tough for her to carve out opportunities. She was 30th Overall in the Tour Down Under whilst working for Spratt, but when able to ride for herself, she won the Herald Sun Tour this year. CCC’s Soraya Paladin has a similar issue. Vos and Moolman are the team leaders but Paladin can get great results when the race situation allows. Her best Strade Bianche result is last season’s 14th and she could do better than that if she’s let loose.

The 2009 World Champion Tatiana Guderzo has been just outside of the top-10 in the last two editions of Strade Bianche. Now on a stronger team in Ale BTC Ljubljana, that may be what she needs to break into the top-10. She may have to support Marta Bastianelli though rather than race for her own ambitions. Elena Cecchini is a double top-10 finisher in Strade Bianche but they came back in 2015 and 2017. She’s someone else who may find they have to work for a team leader in Katarzyna Niewiadoma but also has some form. She was 8th in the Clasica Femenina Navarra last week.

Lotto’s Abby-Mae Parkinson is a longer shot for success but she’s been 22nd before in the 2018 Strade Bianche. Her Classics season started well too with 20th place in both Omloop het Nieuwsblad and Omloop van het Hageland.