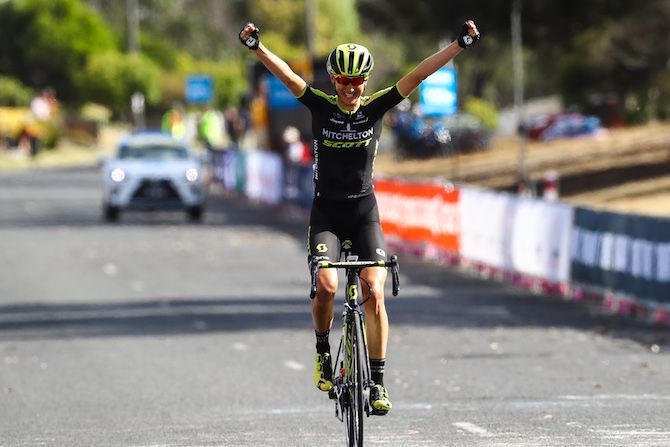 The Durango-Durango Emakumeen Saria on Sunday July 26th 2020 follows on from a pair of races earlier in the week. The Emakumeen Nafarroako Klasikoa will be the better indicator of post-lockdown form of the two races. A similar hilly parcours giving the climbers a chance to shine. The second race, Clasica Femenina Navarra, will suit punchy sprinters like Marta Bastianelli more. The warm-up races don’t have the same history as the Emakumeen Saria which has been run every year since 2006.

It’s tough to predict exactly which riders are going to be in the best form for this race. We’ve not seen any major racing since Le Samyn des Dames on 3rd March. There have been a few virtual races, like the Tour of Britain and the Tour de France but they’re not necessarily true indicators of real-life form. It will be interesting to find out which riders have come out of the lockdown period stronger than others and ready to hit the ground running. We may even see the odd surprise result.

Annemiek van Vleuten is an unsurprising favourite for the race. She won the 2017 edition and with a pair of stiff climbs near the end of the race it suits her. She’s had 7 top-10 finishes over the years here too. Just like the off-season, Van Vleuten has been busy training during the lockdown with the Mitchelton-Scott men’s team. It seemed to work then as she won her only race of 2020, Omloop het Nieuwsblad. Teammate Amanda Spratt is a great foil to Van Vleuten. Spratt’s best result here is last year’s 2nd place. She started the 2020 season off well with 3rds in the Tour Down Under and Cadel Evans Road Race. It’s impossible to know what her form is like but with 6 months to prepare since her last race, she’ll be champing at the bit.

Anna van der Breggen is the 2018 winner. She gapped Annemiek van Vleuten in that race to win solo by 29 seconds. Her only racing of 2020 was back at the Setmana Ciclista Valenciana, which she won. A long solo break was enough to see her take the GC win over Clara Koppenburg.

Clara Koppenburg will be racing here for the first time too. She was 2nd Overall in the Setmana Ciclista Valenciana, a result achieved thanks to her great climbing. She did race in Belgium shortly before lockdown at the Omloop van het Hageland, the 40th place there is unsurprising in a race not suited to her. Koppenburg’s teammate Lizzy Banks is a good alternative option for the sort of new Paule Ka team. She was 6th in Omloop het Nieuwsblad earlier in the season so was gearing up for a great Spring Classics campaign. On similar climbs in Setmana Ciclista Valenciana, she was a regular top-10 finisher and that’s possible again here.

Cecilie Uttrup Ludwig will fly the flag for FDJ. She’s another strong climber who has never raced the Emakumeen Saria before. She didn’t race any of the early 2020 races but her team have seen enough to agreed a 2-year contract extension. Canyon-SRAM’s best option is possibly Ella Harris. She had a great start to 2020 finishing 4th Overall with a stage win in the Herald Sun Tour, 9th in the Cadel Evans Road Race and 13th Overall in the Tour Down Under. The former Zwift Academy winner is turning into a great climber in the pro peloton.

It’s tough to overlook the inclusion of Marta Bastianelli but Ale’s most likely option is the climber Mavi Garcia. Once the climbers really get going, they should be able to shed Bastianelli. If they do allow her to remain in the group, she becomes a strong favourite in a sprint finish. Garcia will be harder to shake off over the pair of major climbs. The natural climber was 7th Overall in the Setmana Ciclista Valenciana earlier in the year, including a 3rd place on the last stage. Another natural climber is Movistar’s Eider Merino. She was 9th in this race the last time she raced it back in 2017. She had a slightly disappointing Setmana Ciclista Valenciana where she only finished 28th Overall. Hopefully the lockdown has given her time to regain her best form.

Ane Santesteban is Ceratizit WNT’s option. She won the Mountains Jersey at the Setmana Ciclista Valenciana and has 3 top-10 finishes in the Emakumeen Saria too. She’s certainly a contender to break into the top-10 again. CCC-Liv’s Ashleigh Moolman is a big favourite. She won the Virtual Tour de France stage on Mont Ventoux recently and also had 3 top-10 Emakumeen Saria finishes. The only racing she was able to complete in 2020 so far were her national championships, which she won comfortably. It’s always tough to ignore the inclusion of Marianne Vos in a race. I fear she’ll go the same way as Marta Bastianelli though.

Trek have quite a few option as usual. Ellen van Dijk has 3 top-10 finishes in this race but they all come from 2015 or before. Lucinda Brand is always a threat but hasn’t done a race quite like this in a while, often choosing to race the Spring Classics and stage races. Elisa Longo Borghini won last season’s Emakumeen Bira over similar terrain. She’s never raced the Emakumeen Saria before but she should be a solid contender. Finally, Ruth Winder was the form rider of the first part of the 2020 season with her Overall win at the Tour Down Under. It will be interesting to see how she fares now we’re out of the lockdown period.

Lucy Kennedy was last year’s winner and probably deserves to be a favourite as a result. The trouble is though, that the team has two other strong options. There’s a route for Kennedy to retain her win but it involves an early move sticking and some not fully fit legs to succeed. Erica Magnaldi is a more than solid alternative to Ane Santesteban for Ceratizit WNT. Her breakaway efforts on the last stage of the Setmana Ciclista Valenciana helped her up to 8th Overall. She was also showing to be quite strong whilst racing on Zwift over the Summer. There’s a good chance she finishes the highest on her team.

Sabrina Stultiens was 3rd in the 2018 Emakumeen Saria before having injury troubles throughout 2019. She’s made a racing comeback in a domestic race or two before the lockdown period and it will be interesting to see if the recovery is complete. Canyon-SRAM’s Tanja Erath has had a great lockdown racing on Zwift. Probably not surprising to see a former Zwift Academy winner do well on that platform. She’s not naturally suited to the parcours but it’ll be interesting to see if strong indoor performances transfer over to the road.