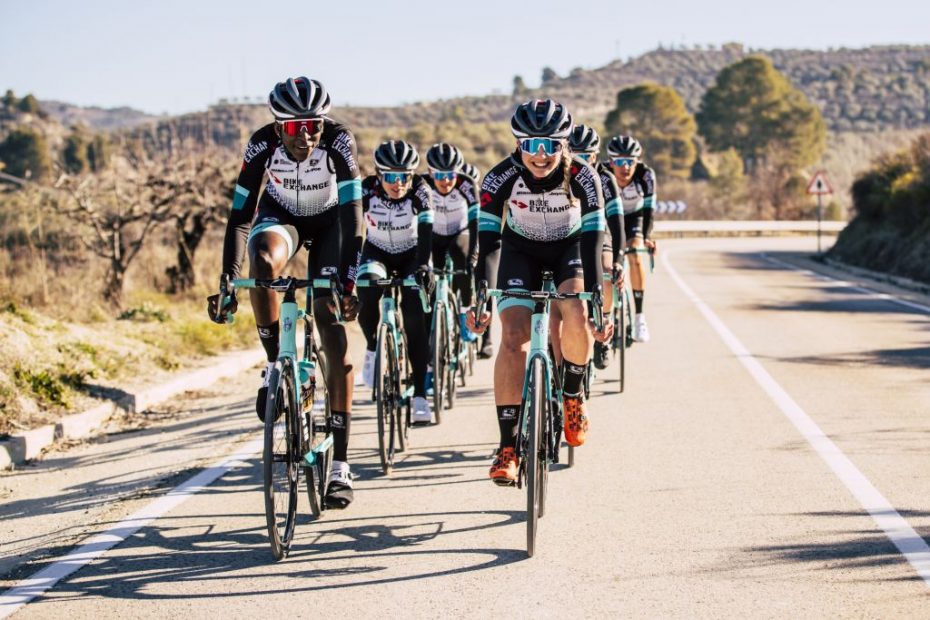 2021 was the first season the team had without their star Annemiek van Vleuten and understandably they took a step or two backwards. Injuries didn’t help, Grace Brown didn’t race most of the second half of the season and Amanda Spratt was dealing with iliac artery endofibrosis which she has had surgery for recently. That left BikeExchange as the 10th ranked team, despite there only being 9 WorldTour teams. There was daylight between them at the rest of the other WorldTour teams and they weren’t far off slipping down to 12th.

That said, there were highlights. Grace Brown pushed on from her exciting 2020 form and took 2 WWT wins at De Panne and Burgos. However, the rest of the team only managed 2 non-national championship victories. Teniel Campbell took a popular first win in 2 years at Ardeche and Urska Zigart broke away to win at Setmana Ciclista Valenciana.

A fit Amanda Spratt will hope to get back into the swing of things, particularly with more climbing available in the 2022 calendar. She’s not expected back until the other side of the spring classics though. Kristen Faulkner will be able to make an impact there though. She was in and around the top 10 in 2021 and will look to push on more as the undisputed leader at BikeExchange-Jayco.

Ane Santesteban and Urska Zigart provide climbing depth. They both might get chances earlier on in the year with Spratt out, Santesteban tends to do particularly well in her home Spanish races and Zigart got a win in Spain too. I’m interested to see what impact Ruby Roseman-Gannon will have on the WorldTour. She was looking like a talented Aussie ready to step up a level before the pandemic hit. There’s a chance she turns into the perfect replacement for Sarah Roy.

Kristen Faulkner is a good get for the team after a whirlwind start to her pro career. She gives the team more options to pick up strong results across the season and should become their lynchpin. I’m excited to see what Ruby Roseman-Gannon can do after being impressed by her results during the past two Australian parts of the season. She should do best in the sprints on tough, lumpy stages. Nina Kessler will help but also provide an attacking spearhead that was shown by winning the intermediate sprints competition at the Women’s Tour.

Alexandra Manly rejoins the team and with Georgia Baker will join her from the Aussie track team it’s a little unclear how their road form will be. They both did well at the Festival of Cycling in early 2021, Baker taking a sprint win over Roseman-Gannon in fact. That leaves the wildcard of Chelsie Wei Shi Tan who comes from a triathlon background before winning the Tour of Phuket. I’d be surprised if she gets any big results but it’d be nice to be proved wrong!