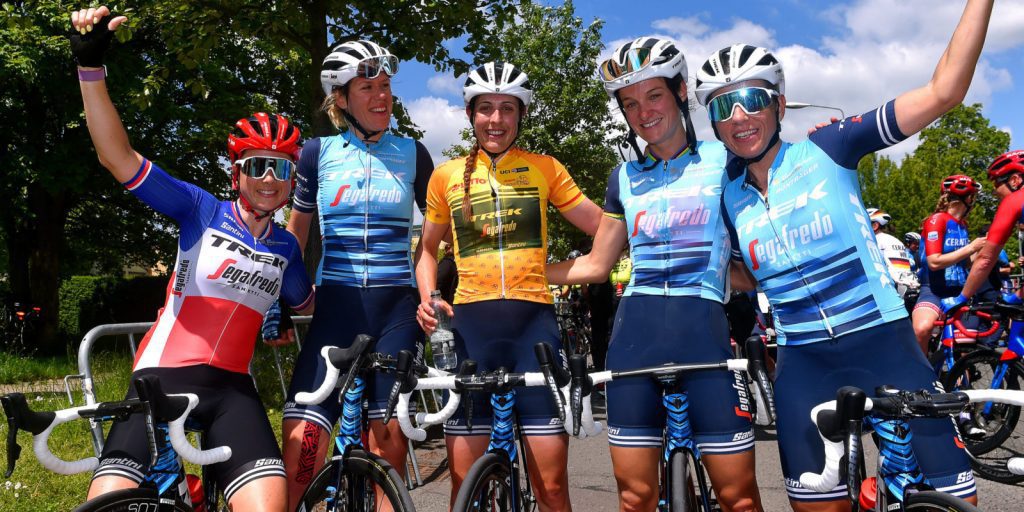 The Thüringen Ladies Tour has a long history in women’s cycling. First run in 1986, the race was one of the key races on the eastern side of the iron curtain. With the Peace Race a major event for male cyclists (and told well by Dieter Wiedemann in his book) the Thüringen Ladies Tour tried to emulate that for women. After 4 successful editions, the fall of the wall happened the race took a 2-year hiatus in 1990 & 1991. Since its return in 1992, only the 2020 Covid pandemic has forced the race to not take place.

The winners list is a who’s who of cycling, particularly the all-rounder types rather than the climbers. Classics stars like Mirjam Melchers, Zoulfia Zabirova, Judith Arndt, Nicole Cooke and Emma Johansson have all won the Thüringen Ladies Tour. Johansson is a 3-time winner here. In recent year, the mantle has passed to Lisa Brennauer. The German rider has said how she takes pride in the race and it’s always one of her goals.

This year’s race clashes with the WWT level RideLondon Classique, so the startlist isn’t full of stars. Lisa Brennauer has made sure to sign up for her home race however. The hard racing and testing parcours may give us the chance to see some new stars take their best results, with Team BikeExchange-Jayco the only Women’s WorldTour team on the startlist here. 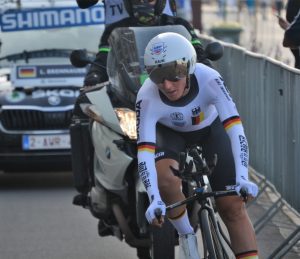 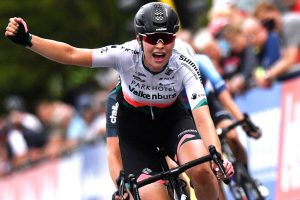 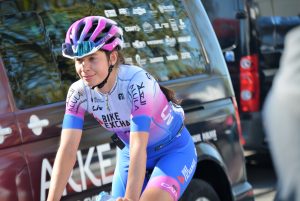 Let’s start in the obvious place – Lisa Brennauer. The German is one of two previous winners here and only her and Charlotte Becker (in 2009 no less) have even won stages here before. She’s been slightly pessimistic about her own chances here this year. After deliberately starting her season a little bit later, the plan was derailed a bit by being hit with Covid and taking a while to get back to full fitness. Brennauer said she wasn’t quite there yet but against this field that could still be enough. The team will probably also be focusing on Maria Giulia Confalonieri for the sprints. It feels like an age since the Italian was on the podium at Gent Wevelgem. She had a mini-break after Paris Roubaix Femmes and then was straight back into the top-10 at Morbihan. There aren’t many top-drawer sprinters here so Confalonieri will get chances.

Kathrin Hammes won the 2019 Thüringen Ladies Tour and stands a chance this year. Hammes has only had 1 top-10 this season, finishing 10th at Emakumeen Nafarroako recently but her results are those of a rider assisting teammates. Racing for the Germany team here, she will get a chance as a leader and we could see her do well.

BePink’s Silvia Zanardi is a hardy sprinter who often gets over climbs and gets good results from small groups. She’s had a couple of 4ths and 5ths this season at the Bretagne Ladies Tour, Ronde de Mouscron and Setmana Ciclista Valenciana. The parcours here could be perfect for her with plenty of rolling climbs that will thin out the peloton each day. She’s still chasing a first UCI level victory and it could come at the Thüringen Ladies Tour.

Ricarda Bauernfeind will continue to be one to watch. After a good result of 4th at GP Chambéry, she made fans really take notice with 3rd in GC at the Vuelta Ciclista Andalucia. On the podium for all 3 stages there, Bauernfeind was brought to a whole new level of attention. Signing for Canyon SRAM Generation this year, it’s now a surprise that no other team was able to see the potential in the young German rider.

It’s never an exact science working out who BikeExchange-Jayco will be sprinting with on any given stage. So far this season, all of Ruby Roseman-Gannon, Arianna Fidanza and Georgia Baker have taken strong results. Roseman-Gannon was 2nd on her first European race of the 2022 season and whilst consistent in the classics, didn’t take a major result. She returned to the top-10 in Spain this month in 3 races. Arianna Fidanza herself was 5th at GP Oetingen and then just outside the top-10 at Gent Wevelgem, Le Samyn des Dames and Brugge-De Panne. Then Georgia Baker was 7th at GP Oetingen and 4th at Scheldeprijs. My instinct is that Roseman-Gannon will get the main shout here but the team has solid back-ups if she isn’t there at the finale of any stages.

I can’t not include Gladys Verhulst who took the win at Veenendaal-Veenendaal on Friday. A tough start to the season meant that going into that race, Verhulst’s best result was 59th at Paris Roubaix Femmes. In Veenendaal, she attacked and got into a break with Jumbo-Visma’s Karlijn Swinkels. Despite the conditions, where the rain lashed down mid-race, the pair were able to hold off the chasing peloton and contest the final sprint against each other. It was Verhulst who finished first, taking Le Col-Wahoo’s first win of the 2022 season.

The Netherlands team here is strong. With Thalita de Jong finally on the cusp of being able to join up with Liv Racing Xstra on June 1st, she has been winning national races for fun all Spring. There was also the Ronde de Mouscron where she took her first UCI level victory since the Grote Prijs Beerens at the end of last season. She will be a rider to watch in any stage coming down to a small group sprint. The mixed team also has a pair of attacking wildcards. Daniek Hengeveld‘s best result of 2022 so far is 10th at Drentse Acht van Westerveld. Like a young Grace Brown, we know how well she can do with her nose into the wind. And it’s a similar story with Loes Adegeest. Seen constantly attacking during the spring classics, Adegeest was 6th on the final day at Festival Elsy Jacobs recently. If the team gels well together, they can definitely get some results.

Mischa Bredewold was able to turn some of the constant attacking Parkhotel Valkenburg has done into a strong GC result at Bretagne Ladies Tour. We’ve seen them often attacking in pairs, bridging gaps and being a force of attacking racing recently. The finish to Leiedal Koerse is a great example with 3 riders in the top-4, which included Bredewold in 3rd place. Femke Markus won that race and came close at Bretagne Ladies Tour too with 2nd place. Also 3rd at La Classique Morbihan, Markus is in some good form and will be a contender in sprint finishes here.

We’ve seen Julie de Wilde sprint well this season, with 2nd at Dwars door Vlaanderen and 7th at Scheldeprijs. There are definitely some stages here that will suit the young Belgian. Runner-up at the junior 2019 World Championships in Harrogate, we’ve started to see more and more from her each season.

Greta Marturano has been so close to a top-10 GC finish this season. Lots of stage finishes with top-10s consistently throughout the year, Marturano wasn’t far off a win after making the winning break at Bretagne Ladies Tour. Her teammate Debora Silvestri seems to have found a niche in hunting down the mountains jerseys too. She won the jersey at Festival Elsy Jacobs but missed out to Victorie Guilman at the Bretagne Ladies Tour. Expect to see plenty of Top Girls Fassa Bortolo attacking the race.

Linda Riedmann was one of the stars of the junior peloton last year. She became European champion and was on the podium with 3rd at the Worlds too. Sort of understandably, she’s been put into the service of others in her first year in the pro peloton with Jumbo Visma. Her best result this season is 26th at Nokere Koerse. On the Germany team here, there may be chances for Riedmann that aren’t there on her usual team.

Fem van Empel is making her first road appearance since last Summer. The Dutch rider has been hugely impressive during the cyclocross season, winning the Flamanville World Cup race, finishing on the U23 Worlds podium and generally being a regular in the top-5. As always with the cyclocross riders, it’s not a guarantee for road success but the 19-year-old obviously has potential for a strong result.