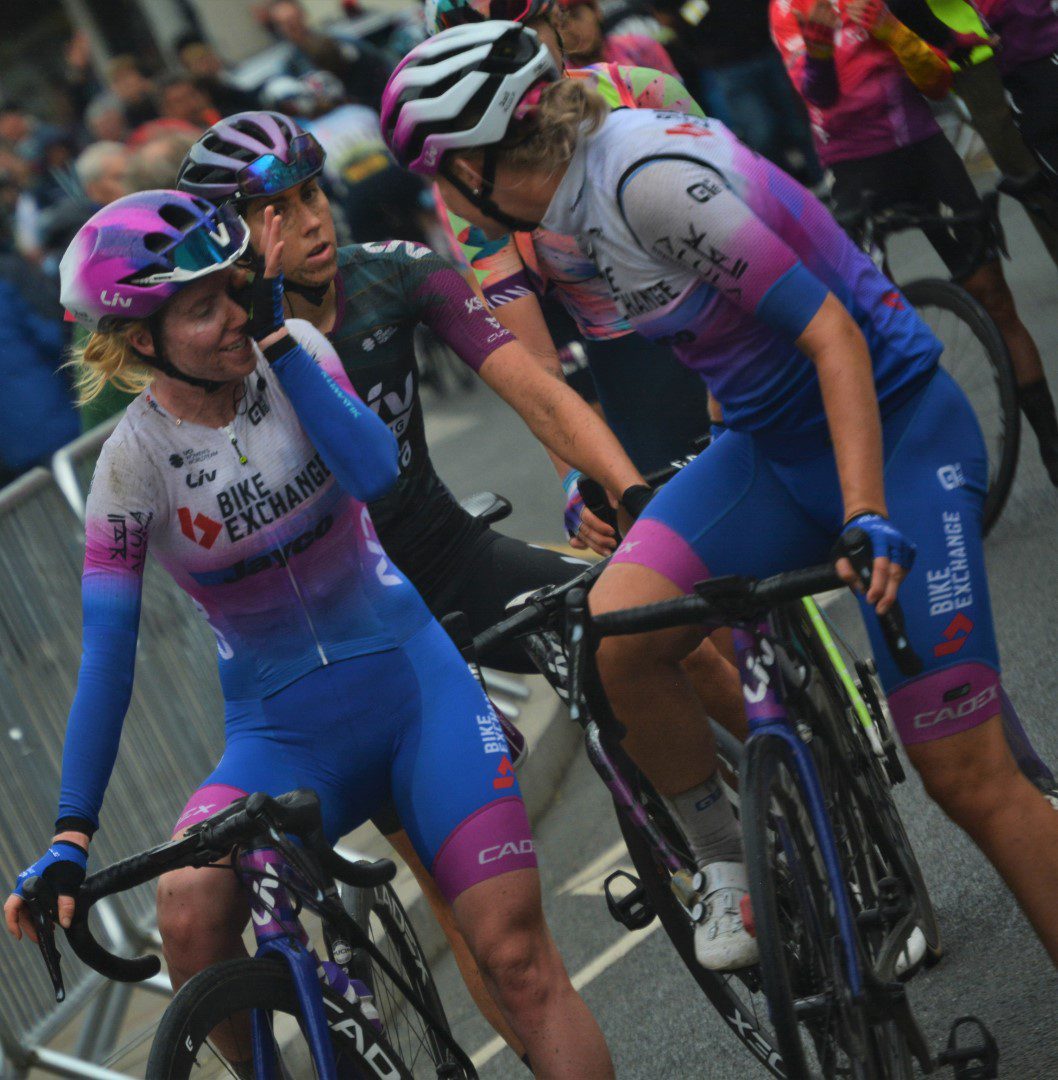 The Aussie part of the season got off to a great run with Ruby Roseman-Gannon having a huge Australian Summer with wins in almost everything but the national championships. When the team made it over to Europe, they settled into a solid set of results throughout the sprint but often missed out on a truly strong result. 5th for Fidanza at GP Oetingen and 4th at Scheldeprijs for Georgia Baker were the highlights of that part of the year. Things really moved up a step in May though as the team began a run of top-10s that last all the way through to the Giro Donne in mid-July.

That run included the proper breakout of Alex Manly at the Thüringen Ladies Tour. The Aussie took 4 stage wins and the GC at the German stage race. Also on form in this period was Kristen Faulkner. She might’ve won the Tour de Suisse outright if not for slipping out in the rain on the final corner of the trace but had to make do with a stage win. There was a slightly missed opportunity at the Giro Donne too, where she won the first stage, pivoted to working for Amanda Spratt and then was free again to race for herself when Spratt DNFed. She made the most of that by winning Stage 9 with a solo move.

Spratt herself didn’t have the strongest season as she recovered from off-season iliac artery endofibrosis surgery. Towards the end of the year, there were proper flashes of the old Amanda Spratt but the team definitely would’ve had more success based on the form we’ve seen at the start of 2023 from the Aussie. Probably the biggest difference maker we saw from the team in 2022 was their time trialling. Time and time again we saw Team Jayco-AlUla riders finishing high up in TTs – Giro Donne (1st & 2nd) and Tour de Suisse (1st, 2nd & 3rd) being notable examples.

Definitely, Kristen Faulkner who appears to still be improving and gaining more confidence as a top-level rider. I fully expect to see her take her first GC win this season. Alex Manly already has a win in 2023 and is going to take plenty of wins again in 2023. I’m looking forward to seeing what Ruby Roseman-Gannon can do in her second full season. She’s without a European victory so far but that only feels like a matter of time. Another Aussie sprinter to look out for is Georgia Baker. The Commonwealth Games champion is a solid sprinter in her own right, particularly on the flatter days.

Ane Santesteban should also get more opportunities with Amanda Spratt no longer on the team. It’s a cliche that seems to hold up that Santesteban will do best in the Spanish races on the calendar. She’s a solid climber who’s maybe not top-tier level but able to deliver great results.

Team Jayco-AlUla has lost its long-term figurehead this off-season which will be a big blow, especially given how well she’s started 2023 on her new team. Another long-time rider Georgia Williams also moved on, however for the most part, she wasn’t getting too many opportunities to shine herself. Behind them, the transfer business has left most of the other leaders intact and has strengthened their depth. Kristen Faulkner looks set for a great year that will see her take GC leadership without too much contention. She should do best in any of the shorter GC battles with decent climbing and a time trial.

I’d love to see the 2019 version of Letizia Paternoster back in form. She was 3rd in Gent Wevelgem that year and looked set to be a strong sprinter for years to come. Norwegian Ingvild Gåskjenn will be a strong one-day racer after joining from Coop-Hitec Products. Then Jayco-AlUla has strengthened its base of Aussie riders with Amber Pate, Georgie Howe and Alyssa Polites. All 3 were impressive racing in Belgium for lower-level teams in 2022 and we’ve seen Pate and Howe already in strong team roles in 2023. I think they’ll initially get their best opportunities in non-WWT races in 2023.