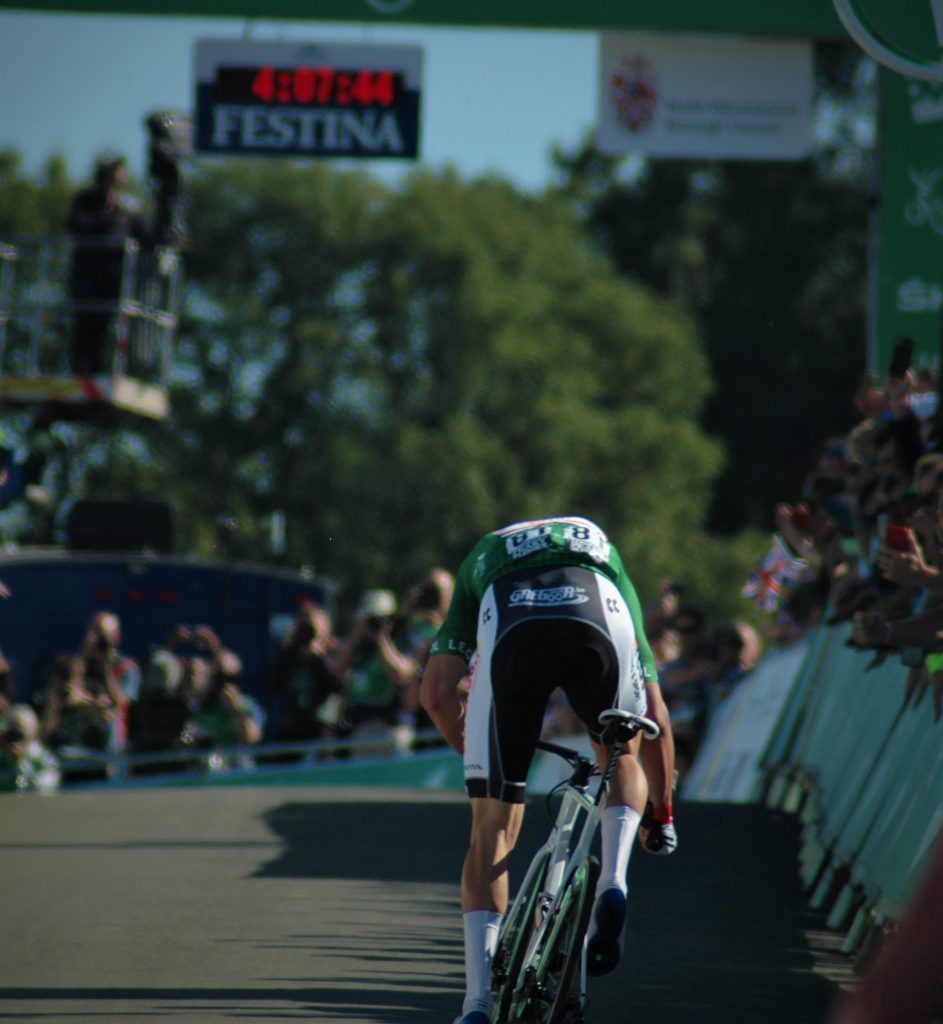 During Covid lockdown in 2020, I wondered what FTPs pro cyclists were putting out. With everyone stuck indoors, Zwift became super popular and a whole new way to check rider data was available. Once the pros started doing races on Zwift, you could see their FTP on the Zwiftpower site. Not only their FTP but also their race weight too. An idea was born to write a post detailing the numbers I could find and it turned into one of my most popular posts on ProCyclingUK. Almost 2 years to the date of the first lockdown, it’s time to revisit and update the pro cyclist FTPs.

FTP is the acronym for Functional Threshold Power. In theory, this is the max power that you can sustain for an hour’s riding. Once you know this number, it’s then used to set your training zones and help you gauge your riding efforts.

FTP can only be measured using a power meter (or a turbo trainer that reports power), it’s not something that you can use a heart rate monitor for. Because it comes from a power meter reading, the FTP is measured in watts.

There are a few different ways to calculate your FTP. The classic one involves riding for 20 minutes and multiplying the average power by 0.95. This saves riders having to devote an hour’s time to the test and gives fairly accurate numbers. There is a little bit more to it than that but that’s the simple version!

More recently the Ramp Test has found favour. With this test, the wattage to sustain gets harder and harder across a set of intervals. Once you can’t sustain the required wattage, you’ve maxed out and it’s time to do some maths. Luckily there are calculators out there to do it for you.

For pro cyclists, knowing their FTP helps them to work out what effort they can sustain on long climbs. The running joke of Team Sky/Ineos looking at their power numbers all the time during the Tour de France comes from knowing their FTP number. It’s also great for time trials where an individual effort needs to be sustained over a set distance.

How does an amateur FTP compared to pro cyclists?

Thanks to the tiered power chart provided by Andrew Coggan, we can see the sorts of numbers required to be at certain levels of the US category racing system – in the UK, we have no Cat 5.

This chart requires riders to have completed efforts at the listed interval times. The average watts of those efforts are then divided by the rider’s weight to give a w/kg figure.

So for instance, my FTP at the moment is 302 and I weighed 91kg when I set it. My figure for the FT column is therefore 3.31. This puts me in the middle-upper range of the Moderate tier. As you can see, I’m a long way off being able to turn pro!

For British riders looking at this chart, Cat 5 is an American introductory racing category and can be interpreted as an extension of Cat 4.

This is only one way of reading this chart and whilst people obsess about where their FTP fits on it actually we should look across the board. Where a rider’s w/kg sits for each interval helps to create a rider power profile. It’s possible for a strong sprinter to have reached Cat 1 without a FTP Cat 1 FTP value on this chart because their 5-second interval value is so high. The same applies to puncheurs who might have a high 1 minute or 5 minutes value but a lower FTP.

My own values on this chart are low 5s, middling 1m, high 5m and a middling-high FTP. This puts me somewhere between the pursuiter and time-triallist rider profiles.

The original post on power profiling on TrainingPeaks can be found here.

What FTPs do pro cyclists have?

So I’m going to add a caveat here. Some of these figures have been ‘reverse engineered’ from other data, some come directly from actual data and some count slightly as hearsay.

A lot of the figures come directly from what riders have entered into their own Strava accounts. This applies to the weight figure too in most cases. What I can’t guarantee however is when the FTP figure was updated or when the weight figure was updated. I can’t even be sure if they were updated at the same time. What I can guarantee is that someone with access to the rider’s Strava account has entered the figures.

I thought about listing the tables by w/kg but decided to list them by outright FTP numbers instead. It’s time to give the rouleurs with high power some credit!

FTPs are often closely guarded secrets for top riders. So just like the salaries listed here, take the numbers with a pinch of salt but this is a decent guide nonetheless.